District 2A-14 Preview: Mater East On The Rise

Mater East arrived on the scene last year and posted wins in 12 of its 15 games. The Scorpions will look to continue that progress this year.

It’s hard enough taking on a job as a first-year head coach, but Champagnat’s Enrique Avila really has his work cut out for him this season with only five players left from a year ago. 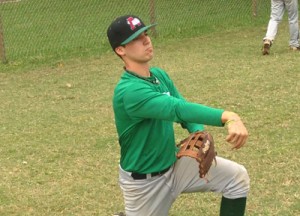 “We’re completely rebuilt,” said Avila, who was previously an assistant at Belen and Champagnat, his alma mater. “We’re a very young team, but I think we can go pretty far.”

Avila will be relying heavily on his two seniors: shortstop Christian Sanchez, who is committed to Ave Maria University, and right-handed pitcher Abraham Figueira.

Other than the three other returners — Nosomy Diaz, Anthony De Jesus and Manny de la Fuente, the rest of Avila’s squad are all suiting up as a Lion for the first time. Still, Avila has seen his team come together nicely in the offseason.

“Our chemistry there, but we’re very so young, so many of our guys don’t have high school experience,” said Avila. “We just have to adjust to the speed of the game.”

“This program started two years ago and will look forward to being Miami’s 2A elite program.”

When your team goes 12-3 and undefeated in district play in its first year as a competing varsity program, expectations will obviously high the following season. 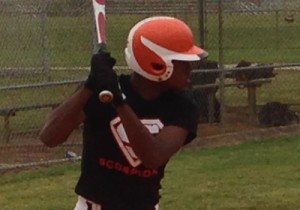 Renny Tolentino, a transfer from Brito, .

Mater East manager Laz Abreu knows this and thinks his team is ready to deliver the goods.

Abreu is so confident in his pitching staff, he’s even comparing it to the young Oakland A’s rotation from the early 2000s that featured Barry Zito and Tim Hudson, among others.

Leading the Scorpions staff will be ace Edgar Aprecio, who went 6-1 with a 1.27 ERA to earn District Pitcher of the Year honors last season. Following him will be newcomer Brandon Stampler.

On the offensive side of things, SS Renny Tolentino, a Brito transfer, is a solid addition, and both Jeter Downs, an All-District selection in 2012, and Paul Gomez will also be expected to be heavy contributors.

“The number one thing for every program in Miami is to get to states,” said Abreu when asked about his team’s goals this season. “They don’t look at being drafted or scholarships. They look at how do we get ourselves to states. We just have to be consistent with all our responsibilities, both on and off the field.”

No information received from Horeb Christian.