3A-15 Playoff Preview: Mater Lakes The Team To Beat

Overview – Mater Lakes Academy has simply dominated this district from top to bottom and will carry that momentum over with them to their opening district game Tuesday.

With all the pieces of the success puzzle in place, there’s no reason why the Bears lose this time around. 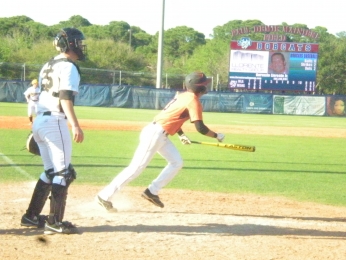 Two games later, they handled a tough Westwood Christian team 9-2. The early season success has fueled the Bears throughout the season and is a big reason they’ve maintained themselves as one of the top Miami-Dade teams.

Mater Lakes Academy achieved perfection in its district by going 6-0. The Bears dominated their district opponents, outscoring them by a blistering mark of 88-6. Four of those games were decided by the mercy rule. If Mater Lakes can continue the success it has enjoyed all season in the district playoffs, then it will advance to regional quarterfinal for the third consecutive season.

The Bears can attribute a big part of their success this year to their high-powered offense, which as a team is a right around .400.

The team has scored at least 230 runs this season. Alex Lorenzo has at least 30 runs and about 30 RBIs. Six other players have scored more than 20 runs, and five players have brought in well over 20 each.

Five players have carried the load this season on the mound. The staff is led by Peter LLerena, who has throw for more than 40 innings this year. The other pitchers are Kendrick Maqueira, Christian Calleja, Eddie Salomon and Carlos Rodriguez.

2. Dade Christian – The Crusaders enter the district playoffs on a two-game winning streak, a streak they matched two other times this season.

Although Dade Christian’s overall season record is below .500, the Crusaders have done well within their district, finishing 4-2 with the losses coming against Mater Lakes Academy, the team it likely would have to beat to win a district title.

Dade Christian has a rich playoff tradition, competing in the regional round all but four times since 1990.

The Crusaders are batting just .250 as a team but have counted on the big bats of Garrett Scheffield and Anthony Munoz, who are hitting around .330 and .320, respectively. Connor Morris leads the team in runs with at least 12.

Munoz, Nick Cue and Alex Perrera have shared pitching duties this season with Munoz carrying the load as he’s logged more than 30 innings. He leads the team in strikeouts with about 30. 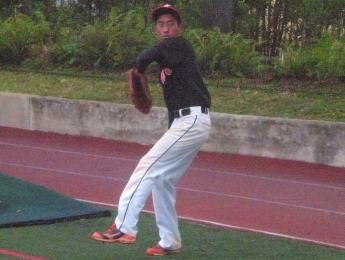 3. Archbishop Curley – The Knights managed only one win in the district, 8-2 over Country Dade on February 19. Curley hadn’t won again until April 2 when it beat Boca Christian 5-4. After another loss, the team won three of its next four, defeating St. Andrew’s, St. John Neumann and Miami Beach. That gives the Knights good momentum going into Tuesday’s district semifinal against Dade Christian.

The Knights will be taking the field Tuesday knowing they haven’t been in a regional in a while, the last time being in 2008. 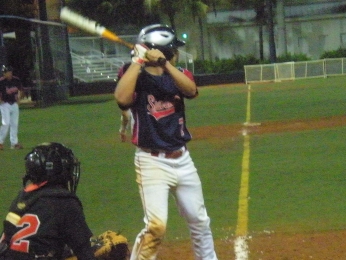 4. Miami Country Day – It’s been three years since the Spartans have been in a regional game.

This year’s team will be on a mission to get back when it takes on top-seeded Mater Lakes Academy on Tuesday.

It’s take a Herculean effort though for an upset to happen as the Bears have outscored the Spartans 32-1 in their two meetings so far this year.