4A-16 Playoff Preview: Sabre-Metrics At Work

Overview – Parity reigned supreme in this district, with all four teams finishing the season around the .500 mark. St. Brendan secured the top seed in the playoffs, followed by Key West, Gulliver Prep, and Coral Shores. The Sabres were picked by many to win the district when the season began, and it would come as no shock if they did just that. Key West will be playing in front of the best home field advantage in South Florida, which could help them get to the top. Gulliver has played better the second half of the season, while Coral Shores is looking to pull an upset and get into regional play. Here is a look at each squad heading into district play… 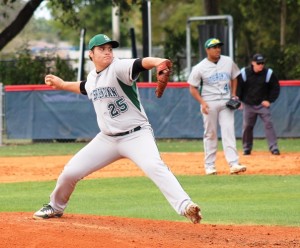 1. St. Brendan – The Sabres had almost an entire lineup of players returning, and were posied to be one of the top teams in Miami this season. They started their year on a slide, losing their first five games, and six of their first seven. Even to get back to .500 shows how well the sabres played in the second half of the season.

A deeper look into their start shows that the first seven games may have been a bit of bad luck. Of the six losses, only one was by more than three runs. Once St. Brendan got things figured out, they had some big wins against the top teams in the area.

Among their wins are victories against Westminster Christian, three-time defending state champion Archbishop McCarthy, and Mater Lakes Academy late in the year. The team played one of the toughest schedules in the county, and could be a team to watch in the playoffs. To reach regionals, St. Brendan would have to defeat Coral Shores for the third time this season. They then would face the winner of the Gulliver, Key West, match-up for the district title. 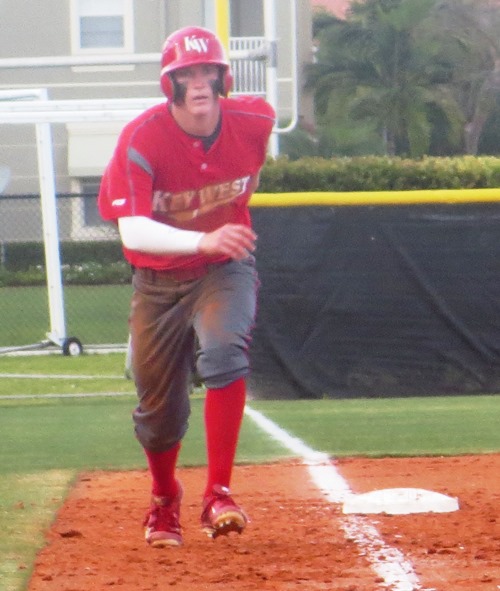 2. Key West – The Conchs were one of the biggest surprises at the start of 2013. They rolled off their first seven wins, beating St. Brendan, Royal palm Beach twice, and Gulliver Prep. Their first loss of the season came at the hands of Westminster Christian. They then exchanged wins and losses until a massive offensive slump hit in late March. The team went on an eight game losing streak, but was getting healthy towards the end.

Key West boasts a young pitching staff, with a pair of freshman throwing well in a 5-4 loss to Palm Beach power Benjamin. While the season ended on a down note, the Conchs know they are good enough to play with the top teams in Miami. A victory over South Dade, coupled with the aforementioned victories has Key West as a legitimate contender in the playoffs.

Getting out of the first round will be a toss-up for Key West, as they split their season series with Gullivver Prep. They defeated the Raiders at home 8-2, and lost on the road 7-2. Playing on their home field in front of a highly pro-Conchs crowd will help, but the team’s offense will have to step up if they want to get by the Raiders. 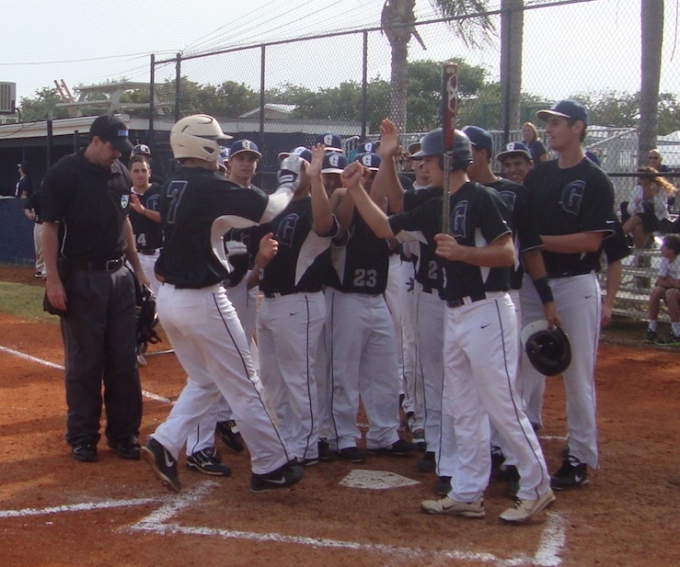 Their first round match-up should be an interesting one, as they have split the season series with Key West. Playing on the road down in the Keys is never an easy task, so Gulliver will have to withstand the storm from the home crowd.

Should they get past the Conchs, things would get a bit tougher on the way to a district title. In two games with St. Brendan this season, the Raiders are 0-2, and have been outscored 19-6.

On the mound the team has been fairly strong, posting an ERA under three. Davis Brown, Javier Lopez, Lucas DeLa Cruz, and Isaias Jasso have done much of the heavy lifting on the hill.

Gulliver’s biggest win of the season came against Westwood Christian, a state finalist last year. If they can match that effort in the district playoffs, the Raiders have a good shot at reaching regional play.

4. Coral Shores – The Hurricanes have the toughest of runs to make it through to regional play. They did not win a game in district play during the season, and are facing the prospects of having to defeat top-seeded St. Brendan and either Gulliver or Key West to win the district title.

Coral Shores has taken care of business in the games they won, and struggled against some of the top teams in the county. They will have to play their best baseball of the season to pull the upsets this week.

Offensively, the team is led by Jonathan Mitgans, Kalen Carter, Cody Richards, and Luke Lofton. The team has struggled to score runs in bunches, and must find a way to generate offense against three teams in their district that can all put up crooked offensive numbers.

Carter has also been the workhorse on the mound, logging the most innings on the team while keeping his ERA around three. Austin Fox, David DiMaggio, Matt Cavanaugh, and Will Goodwin have also spent time on the hill for the Hurricanes.