Overview – Miami Brito has put itself into a great position in this unique three-team district. After going 4-0 in district play the Panthers locked up the top seed, which earned them a berth in both the district championship as well as the regional playoffs. Should Brito continue its district dominance it will also win a district title and a home game in the opening round of the state playoffs.

The Panthers are no strangers to the big stage of the playoffs. The club has won the ninth most playoff games in Florida history, as well as five state championships. A formula geared around great team baseball has always led to success for this program, and this year’s club has put itself in prime position to chase after title number six.

The Lions and the Victors will be looking for a chance at the upset bid to derail the Panthers hopes and dreams. Miami Christian has done this before as recently as 2012, when they upset Brito to end a 19-year stretch in which the Panthers had reached the state playoffs every season. But to do this the Victors must first deal with a Champagnat club that has had their number so far this season. 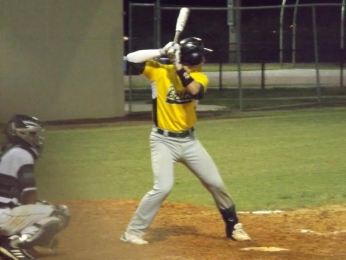 Lazaro Gonzalez and the Panthers are eyeing a deep playoff run.

1. Miami Brito – The Panthers have what it takes to make another run at a state title. The club began to peak toward the end of the season and comes into the postseason playing its best baseball at the right time. There is enough talent to produce in pitching, hitting and defense and there are several veterans who know what the playoff grind is like. For Brito to make such a run, it needs only to play as a team and trust in one another to get everyone on the same page playing for that same goal.

Brito has played arguably the toughest schedule of any team in the Class 2A state playoffs. With their ticket already stamped, the Panthers also have the chance to line up their pitching and put themselves in the best position to survive and advance. Should they secure their second straight district title, they would also earn themselves a home playoff game in the regional quarterfinals.

It is the goal of the Panthers to win a state title every year, and this season they have put themselves into the drivers seat to control their own destiny to do just that.

“I came down to Brito to get the chance to win a state championship,” said senior newcomer Mauricio Amaral.

Amaral is one of many big producers on the squad. Marco Bolano, Savian Fernandez and Julio Gonzalez have all stepped up to lead a potent lineup, Bolano and Leandro Espinosa have anchored the pitching staff this season.

Brito has learned the tough lessons when it looks ahead of an opponent, and the club is focused on taking it game by game along the way. Yet at the same time the team knows it has the ability to aim for a trip to Fort Myers, and now it is just about chasing after that target. 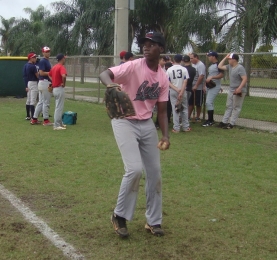 Junior Craig Campbell has a key role for the Lions.

2. Champagnat – The Lions surpassed their win total from a season ago even despite a tougher schedule this year. The team has leaned on senior Nosomy Diaz and junior Craig Campbell, and the squad will continue to lean on those leaders as it looks to return to the state playoffs for the third straight season. Champagnat last won a district title in 2012, and one win over the Victors will give them another chance to hoist such a trophy.

Although they understand that it is a daunting task they are up against, the Lions are ready to play like their namesake and rise to be the kings of the district. To prepare for that they endured a grueling stretch to the end of their season; facing many tough clubs to prepare them for this next level of play.

Brito and Miami Christian have proven worthy foes, but the Lions are counting on what they bring to help pave the way.

“Those schools are pretty strong, but there is a lot of heart here and that is what matters,” said Diaz.

The Lions have advanced to regionals each of the past two seasons, and with a group that has more experience both overall and also together as a unit they certainly have the opportunity to extend that streak. The Lions have been tough on the road this season, winning big games at Mater Academy and Keys Gate Charter. With the district tournament hosted at Miami Christian this year, they will need to continue that trend if they are to continue their season. 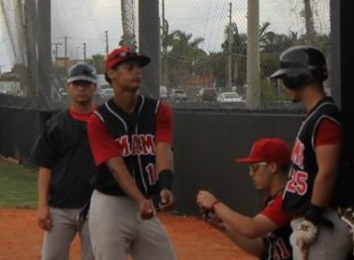 The Miami Christian Victors will be looking for more reasons to celebrate this postseason.

3. Miami Christian – It has been a bit of a struggle for the Victors since their big playoff run of 2012, which they made it all the way to the regional semifinals. Miami Christian has not won a district contest since then, their closest chance coming in a 3-3 tie to Champagnat this year. The Victors will need to replicate that approach in their rematch if they want to extend their season.

In their second season under Manager Chris Cuadra the Victors have shown improvements that reflect beyond their wins and losses. The team played a very challenging schedule this year, including a lot of tough road games and a challenging Spring Break tournament, and they showed well for the better part of it. The club is hoping that some of those lumps have worked to better prepare them for this point of the season, where it is win or go home.

“There is a lot of confidence within this team because we’ve worked hard as a group,” said senior Cristian Rivera.