Full Stats for 3A-15 can be found on the 3A-15 Stats Page!
*Click Here to view Sagemont team stats

Overview – This is one of the most intriguing districts in the area. It is a group of teams that have come together for the first time, which has created interesting new rivalries and balanced match ups that have produced some quality baseball games. At the back end of the bracket is the defending Class 2A state champion in Westwood Christian, while the top seed is a Hialeah Educational Academy program that is competing in its first playoff series ever.

The other side of the bracket features a cross-county meeting between two solid programs who have played very consistent baseball against some very talented teams. Both Sagemont and Dade Christian have an overall young roster, with the right pieces of leadership and frontline starters who have enough talent to take over games.

The two semifinal meetings in this district should show great example of why playoffs baseball is so exciting to watch. 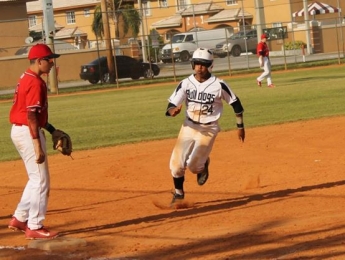 The Bulldogs ran away with the top seed this year.

1. Hialeah Educational Academy – Under Cuban legend Manny Pazos, the Bulldogs have made quite a splash in their first year of district play. With a deep roster full of talented players who have all bought into the team concept, Hialeah Educational has showcased all the right pieces to win when they need to.

The police and fire academy trade school has only been around for a few years, and every accomplishment the baseball team makes is also setting history for their program.

Playoff baseball takes things to a whole new level, and the Bulldogs are going to see that for the first time this year. But the team has shown they can handle big games, and their opening meeting with Westwood Christian serves as a rubber match after two contests in which the club played very well both times.

Offense has been big for the Bulldogs, with a lineup that can swing the bats from one to nine. There are no easy outs in this group, where speedy guys like Danny Ramos, Alex Curbelo and Peter Baldrich excel at getting on base and letting the power guys like Tony Gonzalez, Jeffrey Zamora and Alfredo Barroso drive them in. Adding to that is a long line of reliable role players such as Chris Liriano, Brandon Valdes, Bryan Pazos and Anthony Tedesco.

Marc Anthony Suarez has meant everything to the pitching staff. The senior has tossed nearly half the innings for his club, leading them in wins and strikeouts. To compliment their ace, the Bulldogs have turned to sophomore Victor Fleites. The right-hander leads the squad in saves and has proven himself to be reliable in relief.
The Bulldogs struggled playing a very tough non-district schedule, but it was also used to tinker with their roster and establish the best formula for the playoffs. The team wants to make history by winning the district for the first time, and one win puts them into that game to try and get it.

“Our goal is to win our district,” said Coach Pazos. “Any other game that is non-district is just practice to get us ready for our district.”

Now the Bulldogs get to find out how the practice has paid off. 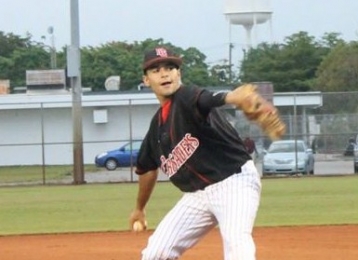 Anthony Munoz has been a key member of the Crusaders this year.

2. Dade Christian – It has been a great year for the Crusaders. The team has posted a solid winning season in their second year under the guidance of Manager Reggie Rodriguez. They have played a very competitive schedule and they have played some solid baseball for the most part.

“We always try to play up and face good competition so that we can be successful in games like this,” said Rodriguez.

Dade Christian split the series with Sagemont this year, and now the rubber match makes all the difference in the world. The two clubs have been worthy adversaries playing in a district together for the first time, and it has produced some quality baseball as a result. While it is a shame one of them will see things come to an end, the solace comes in knowing it is an even and respected opponent to compete against.

Pitching has been a big difference for the Crusaders. Starters Anthony Munoz and Alex Perera have both posted solid numbers while combining to earn the majority of the team’s victories. Complimenting this has been reliever Nik Haber, who has been incredibly effective out of the bullpen.

Munoz has also been a big part of the offense, among the leaders in hitting while leading them in stolen bases and scoring over 20 runs for his squad. Perera leads the Crusaders in hitting, while David Seijo, Luis Reyes and Paul McIntosh have supplied the big hits for the team.

The Crusaders have come a long way as a group, and they are in position to play themselves into the next level in their evolution. It is an exciting opportunity for them, and a victory that puts them into the district championship would be a great reward for the season they have put in. 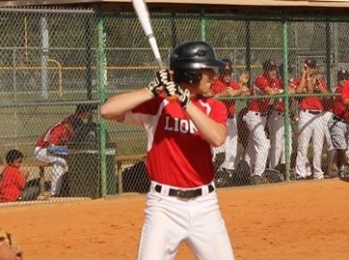 Sean Iacono has led the Lions in hitting this year.

3. Sagemont – The Lions put together a solid 2014 campaign. Playing a new crop of unfamiliar district teams all from Miami, they had to adjust to foreign environments and new opponents. On top of this the team opened their season with eight straight district games, throwing themselves into the fire and seeing what they are really made of. They emerged 5-3 and confident that they can compete in this group.

Sagemont played two close and even games against Dade Christian this season, and now it all comes down to the rubber match. Andres Vazquez bounced back from a heart-breaking walk-off defeat the first meeting to toss a complete-game victory. The senior has put in a strong season to lead his team on the mound, and fellow senior Edgar Abreu has stepped in as a capable second option. Youngster Niko Leontarakis has also slowly come along to gain confidence and provide another option on the hill.

On offense Sean Iacono and Brynn Martinez have both been the driving forces at the top of the lineup. The two are close friends and enjoy competing against each other as they push and motivate one another in the process. Edison Rodriguez and Stefan Revelo have also put up big numbers to provide extra pop to the lineup.

The most noticeable aspect of the Lions program is how cohesive they are together. Being around the club it is evident they get along well together, and this translates onto the field for unified play. Guys all mirror each other in mechanics and approach, a sign of solid coaching and also of a group of players who listen to those coaches and follow the game plan.

This season is a great chance for the program to chase after a district title. It is a team that has won big in the past and always fields classy fundamental rosters. Now they get to play in a big game against a new rival for a chance at a championship, and its all they could ask for. 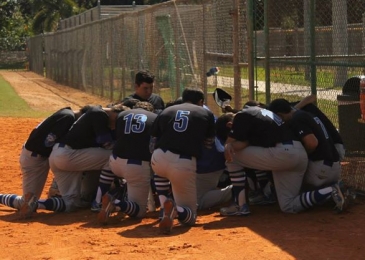 The Warriors have come together as they work to rally for another playoff run in 2014.

4. Westwood Christian – The defending 2A state champions have come a long way with a new group this season. After losing all but three players from their championship roster of last season, a new group of players under new Manager Julio Andrade have come together to put the Warriors in position to compete for another run at a state title.

A district title is still the main goal for the Warriors, who did not even win one last year during their historic playoff run. This is a program that has battle-tested, and now the new regime has a chance to make their mark and help build a dynasty legacy at the school. The Warriors have every reason to believe they can compete in their district semifinal playoff with the Bulldogs, after they split the regular season series.

Westwood had a tough start to the year but has come together down the stretch to play as a team. The Warriors have gotten great leadership from their remaining veterans Brandon Nayor, Adam Quinones, Matt Fernandez and Kenny Prado. They have bought into the system and they have played some great team baseball down the stretch. Now is the time of year to be playing your best and Westwood is doing just that yet again.

Offense has been the strength of the team, with Nayor leading the way in batting just under .600 to be among the county’s top hitters. In his first season as a starter the junior has emerged to lead the team in batting and runs scored.

Prado, Quinones and Kenneth Goodrich have also played big roles on the offense, which on a whole has played unselfish team baseball. The layers have come together and learned what works best with each other and the coaches are putting it all to good use.

“They are growing because they are listening, they are trusting each other and they are playing as a team,” said Andrade. “No one is worried about being the star; they just want to win.”