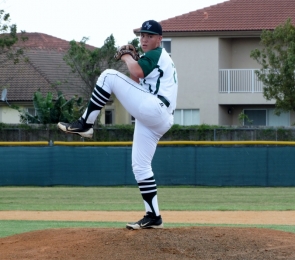 Motivation can do wonders. The mood and atmosphere of a ball club sometimes is as important as the talent and the numbers that they can put oup. The Valera baseball team has lots of motivation. With a coaching staff that gives hope and keeps a well-organized locker room, keeping the players that are mentally ready and want to be in the club, the Vipers have found themselves on a small winning streak to finish the season.

On Tuesday afternoon, they welcomed Coral Reef at their home court for their second season matchup. The last time these two teams met, Valera was able to come out with the victory in a close game. This time the Vipers got ahead in the fourth and didn’t stop, as they prevailed 9-1 over the Barracudas in an 8A-16 contest. The victory gives Valera the home field advantage in the upcoming district playoffs, after securing the fourth seed with a 6-5 district mark.

The Vipers improved to 8-8 overall, and also extended their winning streak to four games. It is Varela’s longest win streak in over three years, and the club is also one victory away from tying last season’s win total.

From the start, both teams had a common adversary: the weather. The Miami climate, sometimes renowned and a great reason of envy for the North, is everything unpredictable. The rain scared more than one, and it kept both squads on their toes going back and forth from their dugouts due to delays. In the end the ball game was played to completion.

Coral Reef (3-17) trusted senior Nick Ramirez, who has been their ace through the season, for their last district ballgame of the schedule. Valera sent junior Krystian Negron to the mound to oppose Ramirez. Through the first three frames both pitchers were battling each other, with none of the two ready to give up. 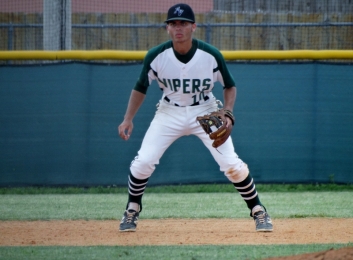 Ben Murray was a catalyst for the Vipers offense and provided some defensive gems.

The fourth inning made the difference.

In the bottom of the fourth the Vipers started with the catcher Hector Vazquez hitting a bullet to third base. After another hit by Erickson Canoura, the ninth hitter Kristian Quincosa drove in two runs that started the rally. The inning was capped by back-to-back doubles by Jonathan Bermudez and Tony Mejias that rounded the seven runs in the frame. Canoura was 3-for-3 with a walk, and an intentional walk to pace the offense on the day.

For his part, Negron kept a slow-paced ballgame. He took his time and dominated the Coral Reef lineup for a one-run complete ballgame. He struck out six, surrendered three walks and allowed four hits.

Valera Manager John Barbato was extremely happy with the performance of his club. He stated how they had advanced since the beginning of the season. As of right now they are as hot as any team in the district, and will get ready to face district leaders Killian Thursday.