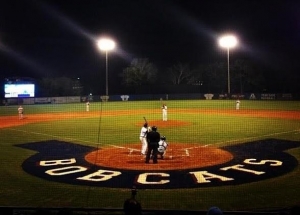 This spring’s top high school baseball tournament in the nation will take place in South Florida this March. The HSBN March Madness Shootout presented by Galeo Spices will take place March 21st to March 28th in select venues across South Florida. This 32-team tournament pits some of the most accomplished baseball programs in the area, including 11 former Florida state champions and three former National Champions.

“We decided not to travel this year simply because of the teams we heard are in this,” admitted Flanagan Manager Ray Evans, whose Falcons are three-time state champions and also won the 2010 National Championship. “We thought we would be better off to stay put, even though we like to travel just to see what else is out there. But this time we stayed put simply because of the type of talent that is going to be in this tournament, from the teams that have really good individuals and then some really good teams overall. It will be really cool to have the best teams from the tri-county region, and it is really going to promote our area.”

Teams will be divided into two brackets of play, the Gold and Black Brackets. Brackets will be selected based upon overall seedings, which will be announced on March 11th. The teams seeded within the top 16 will compile the Gold Bracket, and the teams seeded from 17 to 32 will make up the Black Bracket. Both championship games will be held at St. Thomas University in Miami Gardens, on Thursday March 26th.

“It’s a no-brainer for us to host these games,” said St. Thomas University Manager Jorge Perez. “It’s good for players to see our facility and the field itself, the quality of the field we have. The kids enjoy being in it and for us, we get to see some of the best talent in the area.”

The chance to play a high school tournament championship game on a college field is a thrill in itself, and that is magnified by the high quality facility that St. Thomas University provides. Over the past several years the university’s baseball facility has undergone many impressive improvements, made possible thanks to donations.

“Paul Mainieri made a considerable donation to us to make this field possible,” said Perez. “We were able to do upgrades and improvements thanks to him. A few years ago we added the LED digital scoreboard, and we will have new covered batting cages that were donated by Scott Boras by then too. The kids have enjoyed the upgrades to the facility and the word has spread that we have good coaches and a good program here, so it doesn’t hurt to have players there who play in those types of games.” 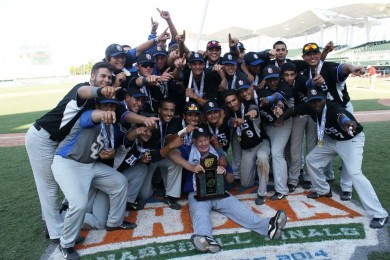 Class 2A champion Miami Brito is one of four defending state champions which will compete in the HSBN March Madness Shootout.

“We knew that if HSBN is doing it, it will be a great one,” Archbishop McCarthy Manager Rich Bielski said. “If you do well in this tournament it’s a very good sign for your team.”

With such high level of play, the HSBN March Madness Shootout expects to draw all the top college and pro scouts from across the country.

“I personally want to thank HSBN for the high school tournament it is hosting in the area of South Florida,” Chicago White Sox scout Jose “Pepe” Ortega said. “It is allowing us as scouts here in the area to be able to scout the talent here locally, and is allowing the players to be able to showcase their talents. The scouts here in South Florida completely back HSBN up 100%.”

Beyond the high level of competition are many other aspects that contribute to make the HSBN March Madness Shootout unique and exciting. Each team is guaranteed to play four games in all, and every team will play on Opening Day on March 21st. Teams that are eliminated from the winners bracket will then compete in the consolation pool, and consolation pool games will be assigned by HSBN to ensure teams face some fresh competition.

Most programs have a school or two out there that they have always wished to face, and yet never got such an opportunity. The HSBN March Madness Shootout could make those games a reality

“It’s a great idea to do it that way,” agreed Bielski. “There are always teams you want to play but just don’t have room on your schedule, especially now that we are required to play two district games. This tournament enables the chance for some old rivalry games too, and that is exciting.”

Due to the success the Mavericks have enjoyed in recent years, they know they will have a target on their backs. Yet in a field as deep and talented as this one, predicting an ultimate champion seems impossible to do. It is a tournament crown so many teams can realistically strive for, and the true winners will be all those in attendance to watch the best teams in the South Florida baseball community battle their way to the title.