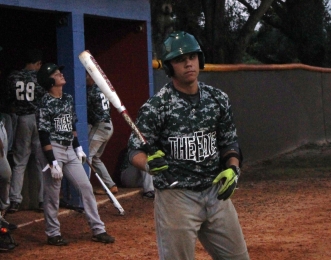 The Sabres are eager to take their swings in one of the county’s toughest districts.

St. Brendan Manager Luis Padron was brought up to live with passion in all that he does. As a youngster his father taught him how to compete everyday when he played the game of baseball. If you love the game you give it everything you have and leave it all between the playing lines.

Now in his second year at the helm of the Sabres program, Coach Padron is thrilled with the team that he is blessed to lead. He admits it was tough last season when he first came to the program and had to learn how to work with guys he had never coached before. But now less than a year later things have shaped into the mold he thrives upon, and there is a huge buzz at what the team is capable of this season.

“This is an unbelievable team; it’s a mixture of youth and some old guys, some seniors,” Coach Padron said. “These guys come to work; these guys are legit. These guys are baseball rats, and they’re great student-athletes. Overall we are about a 3.5 GPA in the classroom, so we’ve got a bunch of smart guys. It’s great for the game. What I am just proud of these kids for is that they all work so hard in the classroom. They don’t miss a beat. We are in the fall and you see all 25 are dressed up and they are all eager to come out here and play. We’ve got baseball players.”

The Sabres went into last season’s district playoff as the fifth seed, and they managed to play for the district title in a competitive 1-0 decision to 15-4A champion Florida Christian. Now the team is eager to build off that success and do more than just qualify for the regional playoffs. It is a group built to win and excited to prove it. Even though it is such a challenging district they compete in, this fact alone simply works to provide further fuel and motivation for the Sabres to achieve their goals.

“I love being in a hard district, so we can go out there and be the best because we beat the best,” junior second baseman Luis Padron admitted.

The Sabres veteran second baseman is actually the anchor to a stout defense that is particularly strong up the middle. Now in his fourth year as a varsity starter, Padron is the guy who calls out the defensive plays and makes sure all the guys are in the right places on the field at all times.

Coach Padron is blessed with a starting nine that are all capable of playing Division I baseball. Although team captain Nico Lares is slated to go to a Divison II program after he graduates, this is based upon Lares’ excellent academic achievements which led to a nice scholarship opportunity. Luis Padron and Tyler Paige anchor the middle of the infield defense, with standout center fielder Christian Martin setting the tone for the outfielders. Returning transfer Max Guzman also fills a big hole at third base, coming back to the program after spending last season playing at Calusa Prep. The team has also welcomed several other solid additions in transfers Benito Varela, Carlos Marrero, Cristobal Arenas, Javier Castenada and Brian Denis. The guys communicate well together and back each other up, and everyone is accountable for their responsibility.

“It is just about memorizing plays and always being in the game and looking ahead,” Padron Jr. said. “You see what is going on and you know where they are going. I am the sort of guy that will let everyone know just in case they are not there at that moment. It’s great playing behind pitchers that can work and go all seven innings. You can leave them out there all seven innings and they will give you a great outing every time. It’s great to play defense behind guys like that.” 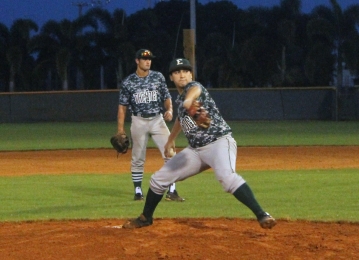 St. Brendan has a deep pitching staff this season.

There is no question the Sabres have a glut of outstanding pitching. As their skipper points out, depth on the mound is what it takes to win in baseball. The team did a good job of working everybody into the mix last year, and now all of those returning arms have varsity experience in big pressure situations. Seniors Emilio Valdez, Mark Perez, Hugo Casillas, Kevin Diaz and Andres Fernandez head this deep and potent pitching staff.

Coach Padron models his pitching staff like a big-league club. There are starters, setup guys and closers, with a set rotation and a maximum pitch count of 85 pitches each. Coach Padron believes the key to high school baseball is to play at the end, and that is what the pitchers build on. They keep arms fresh so they will have everyone healthy and available at the end of the year when they will be needed the most.

“We are very good on the mound, and the key to that is we have guys that know how to pitch,” Coach Padron said. “We have a couple of guys that throw hard, but the key is all these guys have repertoire. They have a changeup, some guys have sinkers, two guys are called hammer, and they are not afraid to pitch inside. They mix it up well.”

Without question the talent is there, and the Sabres are chomping at the bit to chase after postseason glory. With ability there is also maturity, as guys understand that talent does not earn anything all on its own. The players work tremendously hard and have shown the commitment and dedication it takes to succeed. One need look no further then Sabres captain Nico Lares to understand just what it means to work hard. The three-year starter sets the tone that resonates throughout the roster.

“I like to base everything on hard work, not only on the field but off the field too,” Lares said. “You’ve got to be a hard worker in the classroom and you’ve got to be a hard worker for your teammates around you in everything you do, and that carries onto the field. That’s what I focus on the most, and when I leave here that’s what I want guys to remember me by is that I am the hardest worker they have ever seen. Hopefully that will inspire them to work hard as well and make themselves better players.”

Inspiration is something that is never lacking for the Sabres. Coach Padron is a passionate and excitable person in general, and he never misses a beat in bringing that enthusiasm onto the field with him everyday. It is contagious, and every guy in uniform cannot help but model themselves after that sort of energetic persona. 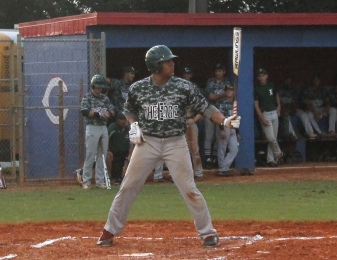 Max Guzman is one of several solid transfers coming to the team in 2015.

“You just need a drive out there on the field and you’ve got to play with your hair on fire so it builds off on every guy on the team,” Lares explained. “If you have one weak guy on the team it affects the whole team. But if everybody is working hard then the whole team is working hard and that leads to a win every time. That’s all you’ve got to do.”

“Some guys call it cockiness, some guys call it swagger. We call it confidence,” Coach Padron said. “We work so hard and we’ve got a coaching staff that is second to none. We just spend a lot of time on the ball field. We work on fundamentals. We run the bases, we bunt well, we hit our cutoff. I was taught by a guy who played the game for a long time. You look at my coaching staff and I have a guy who played pro ball for 20 years, a guy who managed the Cuban National Team, and then Pudge’s brother Tito. I am the one who knows the least and I am the captain of those four guys. Once we get in between the lines we think we can play with anyone.”