Let The Battle For 8A-15 Begin 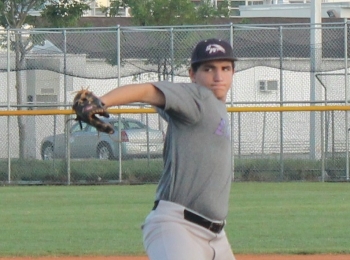 All the team in this district respect one another. They understand how tough it is to get to that district championship game with so many deep, talented and experienced teams in the way. Class 8A as a whole is very strong in Miami, and the reward to survive such a tough district is to face so amny other incredible teams across the county.

The best team does not always win the big games. There is a lot of heart left out on the field in this district and guys play hard and play the game the right way. At the end of the day, whoever gets hot and whoever can wins a few games in a row at the end of the season is who is going to win the district title.

“We know that one game doesn’t mean anything and anybody can beat anybody,” Marini said. “The best team may not always win it, and we know that. So we have to stay level-headed and not try to get too high on ourselves or get too low.”

The expectations to do well are always high at Columbus. The team has seen lots of great baseball players pass through the program over the years, and those great players are always expected to succeed on the diamond. Even though the club graduated a lot of seniors, there are plenty of guys who are just as good coming in behind them. The program has strong JV and freshmen teams and there are a lot of good younger kids coming up ready to show what they have too. They have paid their dues and it’s their turn…[Keep Reading]

Coco Montes thinks every day about how badly he wants to hop into a dogpile at the end of the baseball season. The senior is entering his fourth varsity season as a starter and has lost in the district championship each of those seasons. Like many of his teammates, the shortstop is tired of second place. They are tired of making a quick exit from the regional playoffs. These guys are looking to finally jump on the dogpile, make a run and go to states…[Keep Reading]

The Coral Park Rams had a five-year playoff drought, but last season, first year Manager Butch Carnicero led his team to the district 8A-15 semifinal game against powerhouse Columbus. Heading into the 2015 season, Carnicero hopes the addition of two new assistant coaches, Jose Trujillo and Eddie Escribano, can help the team build upon a 12-12 regular season and a 1-0 district victory over Southwest…[Keep Reading]

It’s no secret what the goal is for the Southwest Eagles, and that is to get back into the regional playoffs. The club is part of a large and tough district, and last year ended a two-year playoff stretch after the team was defeated 1-0 by Coral Park in the district quarterfinals…[Keep Reading]