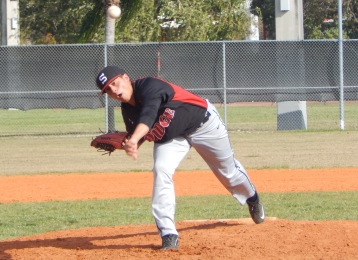 Southridge's Erick Lopez pitched a complete game Monday to give Southridge a win over Westland Hialeah.

The Southridge Spartans moved a game over .500 behind a complete game from Erick Lopez and a balanced offensive attack in the second annual Luis Brande Spring Classic on Monday at Southridge.

The Spartans produced 14 hits as the offense was on top of its game. Designated hitter Jamar Criss went 2-for-2 with two RBIs while right fielder Diandre Amion finished 3-for-4 and scored two runs. Catcher Austin Peterson reached base four times, going 2-for-2 with a walk and hit-by-pitch. Austin Taylor scored three times, twice pinch-running for Peterson.

Lopez’s most difficult innings were the first and last ones. In the first, he allowed two consecutive singles with just one out. He escaped the inning with no runs allowed because the next two batters flew out. He allowed the only run in the seventh when Ogandys Diaz drove in the Wildcats’ only run on a fielder’s choice. Still, Lopez felt his stuff was effective against Wildcats batters.

“I was trying to get my mechanics down,” Lopez said. “The fastball, change-up and curveball were coming through for strikes. I got a lot of popups because those were change-ups that did not drop enough.”

Lopez’s defense supported him by tracking several popups and flyouts, including a double play by center fielder Arlon Sesin. While running forward to catch a fly ball, he immediately threw to second to complete the double play on the runner, who could not get back to the bag in time. 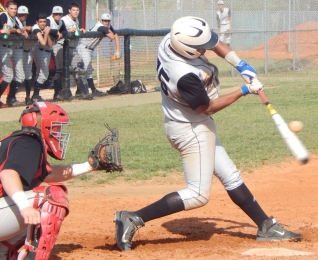 Westland Hialeah's Evander Hernandez went 2-for-3 with a double.

The Spartans scored in four of the six innings. Headed to the bottom of the fifth, the score was 4-0, but the offense tacked on three runs to give the Spartans more of a cushion. Amion began the inning by roping a triple toward right field. Left fielder Nick Deegan drove him in with a line-drive single toward third base. The Spartans scored two more runs by making contact and moving runners over to make the game 7-0 headed to the top of the sixth. Lopez closed out the next two innings.

The Wildcats are still 6-1 in district play, but Manager Jose P. Alvarez said the team needs to swing the bats better down the stretch.

“We need to show up on Mondays,” Alvarez said. “Mondays have been a curse for us. We need to start hitting again. We’re in a bit of a slump now.”

Conversely, Southridge is not leading in the standings, but Rogers said the coaching staff has made the players aware that their backs are against the wall and they need to play their best ball the rest of the season.

“It’s like we told the team before the game, we need to start getting some momentum over the new couple of weeks,” Rogers said. “With our district playoffs coming up, we need to win out. We need to get started on gaining momentum now. And today, they did that for the most part.”