Overview – For the second time in as many years, a newcomer to district play enters the tournament as the top seed. Last season the Bulldogs earned that distinction, but were upset in the district semifinals. This time around SLAM comes in as the top dogs, and these Titans are eager to prove up to the task. Standing in their way is the same Westwood Christian squad that pulled off the upset last year, and they know they are capable of making such magic happen. 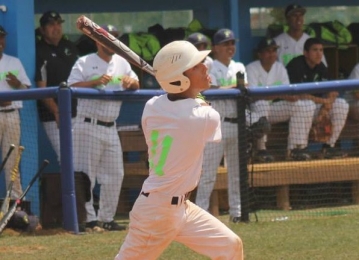 Sagemont won the district a year ago, and returns a group ever bit as dangerous this time around. Meanwhile the Bulldogs feature a deep lineup headlined by county standout, Peter Baldrich. It is fitting that such a big meeting will determine who earns a regional berth.

1. SLAM Academy – The Titans are eager to add a district championship trophy to their trophy case. The program is still very new to the baseball world, and is competing in its first district tournament. SLAM has showcased all the right pieces to be a dangerous force in the playoffs, but also has a tough task to simply survive the first round. History is not in their favor and Westwood Christian is as worthy a foe as any could face in the opening round.

What is in the Titans favor is momentum. The club has played as well as anyone down the stretch heading into the playoffs. SLAM won the championship of the HSBN March Madness Shootout, and used that to storm to winning the top seed in the tournament.

“I told my team that you have to peak at the right time,” SLAM Manager Alfonso Otero said.

Jeter Downs and Jose Garcia have made baseball disappear and the team is scoring a lot of runs and playing with a lot of confidence. The Titans have hit nearly .400 for the season and have scored runs in bunches. They also hit for a lot of power, with 18 home runs as a club, and eight of those coming from Garcia.

Jon Fernandez gives SLAM a legitimate workhorse to lead the way in the playoffs. Andrew Velez is a worthy compliment, and Chauncey Nunez and Juan Osorio have pitched some valuable innings to prove their worth.

“When it comes to tournaments, you have to have pitchers who throw strikes and get outs,” Otero said. “We usually get a couple of big innings and try to put teams away.”

2. Hialeah Educational – The Bulldogs have done everything they can to get ready for the playoffs. The club has beaten all three of the teams in the district tournament, and played a tough schedule in the regular season. Hialeah Academy played five games against 8A opponents, and also faced two of the top 6A teams in Miami-Dade. 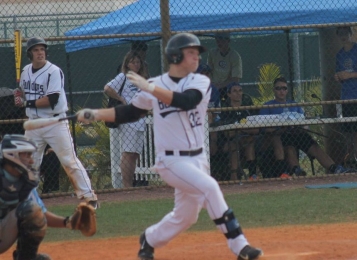 What the club has proven above all else is that it can hit. Led by future Miami Hurricane Peter Baldrich, the Bulldogs have scored over 160 runs this season and were shut out just once all year.

“The group is a very hard-nosed team,” Bulldogs Manager Reggie Rodriguez said. “They love to compete, they love competition and they don’t back down to anybody. They play the game right, and that is one of the things we are really trying to get them to do is to respect the game and to play the game right. Everywhere I’ve been I have always made sure the kids understand that the game is bigger than them, or high school baseball, or anybody else.”

Hialeah Academy has several guys it can trust on the mound. Down the stretch the club has primarily gone to Anthony Tedesco and Miguel Rodriguez to carry the load. Alex Morales, Victor Fleites, Angel Estevez and Ray Perez all provide valuable depth for the team.

The Bulldogs swept the series against Sagemont this year. However, those two games came at the beginning of the season, and both were close ball games. While the team can take some confidence from those wins, it also knows the Lions are a team to be reckoned with.

3. Sagemont – The Lions have quietly put together another solid season. The defending district champions are full of talent, and they follow the game plan. The team is capable of repeating and beating anyone, and it doesn’t give outs away.

“We focus on the simple things. We don’t try to get too cute out here; we do the basic plays and the standard fundamentals,” Lions Manager Wesley Morejon said. “As long as you take care of those things the great play will come. Just make the routine plays. That’s what we harp on is the routine plays, the routine practice performance and having a structure.”

Sagemont has played the toughest part of its schedule down the stretch, and the team played well during that time. Now it looks to carry some momentum into the playoffs and give itself a chance at returning to the regional playoffs.

Offense has been the big ingredient for the Lions. Edison Rodriguez has been on fire this season, and Chris Iacono, Stefan Revalo and Luis Tuero have been consistent all year long. The team has depth on the mound, but is also young in that area. Thankfully the offense keeps them in games. 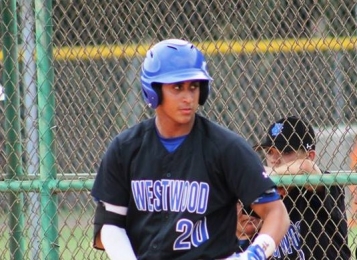 4. Westwood Christian – The Warriors have been inconsistent throughout the year and were never able to get on a long winning streak. The club also responded well from tough losses, and did not have long losing streaks either. A young and tight group overall, Westwood has the chance to battle back into the regional playoffs with a big upset victory over the top-seeded Titans.

Offense has been the key to success for Westwood. The team hit over .300 for the season, and scored an average of seven runs a game. Leading the way were Brandon Nayor and Kenneth Prado, their top hitters and run producers. Matthew Mejias and Matt Fernandez have also been key contributors in a deep batting order that has gotten production from everyone. Early in the season the club struggled at the plate, but as time went on it became the strength they could rely on. Now the Warriors look to get the bats going early and play out the sequel they are hoping to see.

The Warriors will look to build off the success they found in their first meeting of the season with SLAM, a 2-1 defeat. tight game like that are common in the playoffs, and minor adjustments can be the difference in turning the tide in their favor.