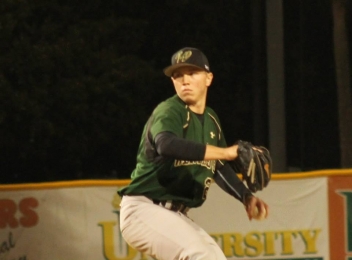 Ryan Terry and the Warriors are ready to play for another title.

Overview – Since this district first formed two years ago, Westminster Christian has held a decided level of dominance over the rest of the group. The Warriors have yet to drop a district game the past two seasons, and come into the playoff tournament as heavy favorites to win another district crown. Palmer Trinity poises the greatest threat against the Warriors, should it first take care of business in its semifinal meeting with an upstart Archbishop Carroll squad.

1. Westminster Christian – The Warriors are a veteran team with a lot of firepower, and the team has legitimate aspirations to chase after another state championship. Taking care of business in the district is a good starting point, especially as it would give the club a home game in the opening round of the regional playoffs.

This team has all the right pieces to contend. The offense is led by power hitters such as Julian Infante, the county’s leader in home runs, as well as Adrian Mayans and Alvaro Valdez. On the mound the Warriors are just as dangerous, with lefty Ryan Terry leading the starters and Jagr Enriquez sealing things up as one of the best closers in Miami-Dade.

As is their norm, the Warriors have played a very tough schedule to prepare themselves for the playoffs. Manager Emil Castallanos loves to schedule the team against the toughest programs around, and the club continues to hold its own in those meetings.

“You want to play the best so that in the end you are ready for the best,” said Castellanos. “The ultimate goal is to win your last high school game. That’s why we play the best teams around, so we can have a legitimate shot to be a champion again.”

Westminster Christian will celebrate a district title same as anyone. But the club also hopes it is only the first of several trophies it attains this year.

2. Palmer Trinity – It has been a special season for the Falcons in 2015. Under second-year Manager Donnie Harvey the program won the most games in years and has played very consistent throughout the season. The offense has hit for a lot of power and the pitching has been effective. Now the hope is that they have enough in place to make a serious run for a district championship.

The Falcons have a good advantage in their semifinal meeting with the Bulldogs, a team they beat 11-6 in their only game this season. Just as they have throughout the year, Blake Miller and Evan Steinman both had big days to lead the club to victory that day. The pair have combined to lead Palmer Trinity in most offensive categories, while Nick Font and Jarrett Pico are also enjoying career years. 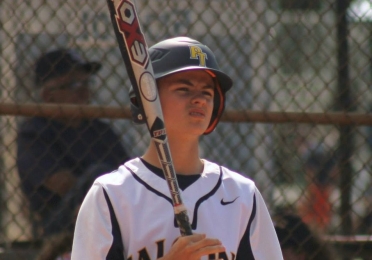 Miller has always been the workhorse for the club on the mound, but has been limited this season. Thankfully, Taylor Walker and Justin Kross have emerged in dominant force. The pitching staff also has the added depth from Dillon Jones and Matt Roberts, which gives the team a better chance to win two games in the district tournament.

3. Archbishop Carroll – At the start of the season teams were lining up to play the Bulldogs, as a young new group struggled to come together. But in the second half of the season this team has played as well as any, and now it is a squad that no one is anxious to face.

The Bulldogs dropped their first ten games to start the season, but bounced back once they got into the win column. The team nearly pulled off a huge upset over the top seed of the Black Bracket in the HSBN March Madness Shootout during Spring Break, and it used that momentum to then win back-to-back games for the first time all season. Even in recent defeats, the club can take a lot of experience from having played such close games against strong programs such as TERRA, Southwest Miami and Miami High.

Part of the club’s improvement has come on the increasing role of James Oporta. The senior was hurt at the beginning of the season, but has slowly recovered and worked his way into a prominent role in the rotation.

“He’s going to help us out in the district playoffs,” said Bulldogs first-year Manager Andy Blanco. “That’s what we needed and he’s getting some confidence.”

Oporta helps boost a pitching staff that has been led by Nick Labrada, and the duo could both be called into action against the Falcons. Labrada and Luis Lamarche have been the main guys to pace the offense.

4. Marathon – The Dolphins have a tough task at hand trying to unseat the top-seeded Warriors on their home field. Marathon features a young roster that includes promising young seventh-grade catcher Brendan Rainey. While the future for this group is very bright, the club must first take some hard knocks along the way as they play and grow together as a team. Pulling off an upset over Westminster Christian would go a long way to catapulting this team forward in its development, but it may also be a tall order to ask from such a young group.

“The effort is there,” Marathon Manager Luis Leal said during the season. “Overall I think we are putting it together at the right time and I think we’ll be all right.”

Marathon will graduate just two players from this year’s roster, and the team has a lot of young and promising talent to develop over the years ahead. Leading this group has been junior leadoff hitter Jack Hill and junior infielder Max Elliott. The program will have a nice senior class next year, and playoff experience will be a valuable aspect to help prepare for a brighter future.