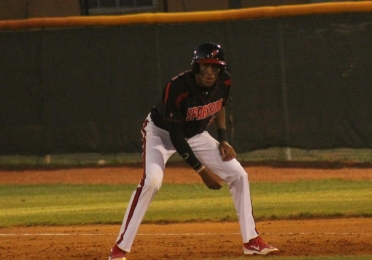 Overview – Predicting a winner out of this group is nearly impossible. The competitive balance between these program has shown in the game played over the past two seasons, and is a large part as to why none of the teams have overwhelming win totals this year. The district title is as deserving in this district as in any, and whichever teams survives to hold that trophy over its head in triumph will rightfully have earned it.

1. Monsignor Pace – The Spartans prepare as well as anyone. The team practices hard and with great intensity, and the coaches scheme and design plays at a high level. Throughout the season the team will implement the things it has worked on and work on perfecting them in game situations. As the importance increases late in the season, the players learn how to use every pitch and every out to their advantage.

When the opposition runs something to try and score a run or prevent a run, the Spartans are likely ready to counter with something of their own.

“These chess matches are going to happen, and it just shows you that both teams are considering that this is going to be a close game,” Spartans Manager Tom Duffin said.

The Spartans missed the regional playoffs last season following a close loss in the district semifinals. The program takes pride in its success and tradition of making waves in the regional playoffs, and this season the team is in nice position to return there. While it will be a tough draw in the semifinals against either LaSalle or Mater Lakes, Pace will have some home-field advantage as the district host.

The club is led by seniors Lorenzo Hampton, Eddie Cutillas and Gus Guerra. With a strong junior crop, the club has gotten nice contributions from the entire lineup this season.

Youth has also given the team a nice pitching staff but for now and for the future. Sophomore Nicholas Fusco has shown nice stuff in a prominent role, and fellow sophomores Brandon Cruz and Manuel Rodriguez also play key roles. Hampton remains another frontline starter for the Spartans.

2. St. Brendan – It is the swan song for Sabres Manager Luis Padron, who will be stepping down after the season. The club was the district runner-up a year ago, and now is the second seed as it chases after another regional berth that will extend the season. A district trophy would be a nice turnaround for a team that has endured its share of struggles during the year.

St. Brendan struggled down the stretch and has not played its best baseball. Now the Sabres must prepare for a likely meeting with a Florida Christian team that has been playing very well. The club will need to generate some instant energy to get some momentum on its side in the semifinal meeting.

This is the rally cry that Coach Padron has long been known to share with his guys.

The Sabres have the guys that can make a run, and now it is in their hands to make it happen. It is a roster loaded with seniors who do not want to play their final game. Offensive leaders include Benito Varela, one of the top hitters in the district, as well as Cristian Martin and Luis Padron.

Hugo Casilla leads a starting unit that also includes Andres Fernandez and Carlos Marrero. As a whole the club has struggled on the mound, but has allowed an average of just two runs per game over its last six contests.

St. Brendan has the talent to make another run, and will get the benefit of facing the other team’s second pitcher in the semifinal meeting. A win gets them back into the district championship, and gives them a chance to make this season something special to remember. 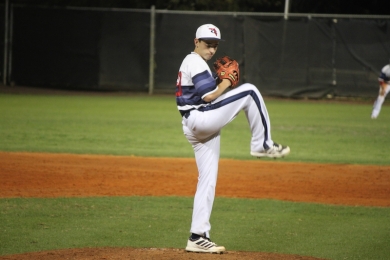 3. Florida Christian – Last year’s district champs have a tough rode to repeat. The Patriots have a strong chance of getting past Booker T Washington, after sweeping the season series by a combined score of 53-1. From there it is on to a rematch of last season’s district championship against St. Brendan, a team the Patriots split the regular-season match up with.

Florida Christian closed the season out strong to get in position for the district playoffs. It was a back-and-froth season overall, as the Patriots finished just over .500 for the year. As usual, the club played a tough schedule and used those tough defeats as building blocks for improvement.

Under Manager Chris Brigman, the program has upheld the standard of preparation and commitment. The team is successful because it is prepared, and that should again be the case this postseason.

The offense has been a big positive to help keep the pressure off an inexperienced pitching staff. Ruben Someilan is the top hitter in the county, while Brandon Chinea and Kendrick Garcia have also been big spark plugs for the hitters. Junior Jorge Iza has blossomed in his second varsity season, and newcomer Christian Copiel has also been a welcome fit. Jorge Gonzalez has thrived in his first full season, and veterans Robert Fabelo and Seve Rodriguez also supply valuable bats.

Alex Nodarse has stepped up to lead the pitchers. Senior Frank Chacon has also provided a lot of valuable innings, and Copiel and Andy Garcia have been big out of the bullpen.

The Patriots have won three straight district titles, and now a new core of players have their chance to add to that legacy.

4. Mater Lakes – The Bears have shown a lot this season, and Manager Cesar Temes Jr. and his staff deserve a lot of credit for how well they have molded a young new team. Mater Lakes lost most of its experienced guys either to graduation or transfer this year, and a new group has done a remarkable job in their place.

Mater Lakes played a unique schedule for most teams in their area, playing a lot of road games against teams to the north. The guys were able to see some new fields and face some new opponents, and it also went a long way in getting the players used to competing in hostile, unfamiliar environments.

The Bears also had a nice showing in the HSBN March Madness Shootout during Spring Break. The club advanced to the semifinals of the Black Bracket, before losing a close battle to North Broward Prep.

“This is why they were at states, and why we haven’t gotten there just yet,” Temes Jr. explained following that loss. “They execute those little details, and that is the only thing we are missing. To be a state team you need those tiny little things there at the end.”

Success at that level also starts with great pitching, and that is also something the Bears have enjoyed this year. Jesus Hernandez leads the district in ERA and strikeouts, while Rene Arauz has been a solid compliment that gives the club the depth it needs to win a few games in the district playoffs.

Mater Lakes has done a great job at manufacturing offense. Nelson Williamson has been a guy who has set that trend by doing a great job of hitting through the zone and getting on base, and Edgar Perez has also led the team in hitting. David Seijo has proven to be a great fit on the club, as he leads the team in most hitting categories.

5. LaSalle – It has been a bumpy season for Manager Hernan Adames in his first year at the helm of the program. The Lions finish just below .500 and have struggled in district play. However, down the stretch the team picked up big district wins over Florida Christian and Monsignor Pace. Now the key is to build off those experiences and use that to make a run. 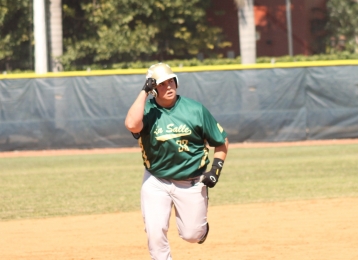 That starts with beating a very solid Mater Lakes team. LaSalle lost two close meetings with the Bears this year, and the Lions have yet to figure them out in the two years they have been in this district together.

The Lions have struggled at the plate and will reply on the pitching to keep them in the game.

What gives the team the best chance at making the win finally happen is its top starter, Brandon Blanco. The senior has faced all the top teams and has proven himself as a guy who can keep them in any game. Jacob Perea also represents another top starter capable of leading the Lions to victory. Both will get their chances if LaSalle is to have any chance to chase after the district title.

Joshua Leon has been the big guy out of the bullpen this year, and he will likely get his chances once again.

6. Booker T. Washington – The Tornadoes have been outmatched in this district, and they face a tough challenge against a Patriots team that particularly dominated them this season. An upset win here would be one of the biggest longshots in history.