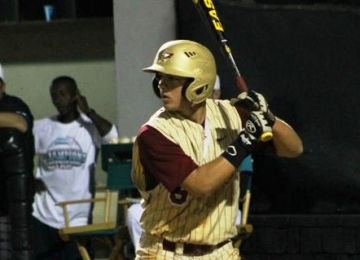 Overview – Goleman has stormed the field with a vengeance this season, sweeping the district and finishing among the top teams in the county. The Gators look to earn back the district championship, after Miami Springs won an epic showdown in the title game last year.

The three remaining clubs all have equal strengths in pitching and are capable of competing for the title. Mourning and Miami Springs will likely provide an exciting meeting, while the Vikings have the tough task of playing spoiler to the top-seeded Gators.

1. Goleman – This team is not going to sneak up on anybody. The Gators took a 15-game winning streak into the end of the season honor of playing in the GMAC tournament. They have played as well as anyone in the county. The team won the Dick Rushin Memorial National Classic Spring Break tournament, and has beaten some of the best of the best.

Prior to the winning streak, Goleman’s last loss came in late February to Archbishop McCarthy. It was a game in which the club trailed 7-0, and then the Gators stormed back to even things up before McCarthy won on a walk-off. Since that point the team believed in itself, and that it could play with anyone. They have proven it.

“It’s great for the program and kids to get some recognition,” Gators Manager Jose Lopez said during Spring Break. “We are excited that we are playing great baseball right now. We just want to stay concentrated on winning games and doing what we are supposed to do. We have to keep working.”

The Goleman offense has been a monster this season, as the team is hitting over .400 as a group. Leading the way is one of the top hitters in the county in Erick Delgado. The batting order is deep and scary, featuring Justin Barreneche, Julian Reyes, Kevin Gomez, Kevin Perez, Brandon Paez, Thomas Hernandez and Michael Avendano. There are no easy outs with this group.

The Gators have plenty of pitching to trust as well. Michael Peleaz leads the starting unit, where he is backed by Ricardo Garcia and Kevin Perez. The club has used a bevy of relievers in various roles, and it has a lot of options at its disposal.

2. Miami Springs – The Golden Hawks are the reigning district champions, although a year later nearly every guy from that squad is now gone. A much younger group has been making its mark this year, and there have been some growing pains along the way.

Springs is as talented as any, but the team has struggled to play consistently this season. The Hawks are looking to build some immediate momentum in the district tournament, after a tough stretch to close out the regular season. 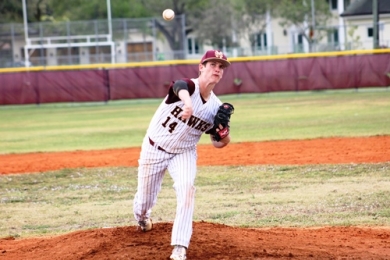 Most encouraging for the club is that it has the pitching it take to win in the playoffs, with David Cervantes, Dylan Carter and Alex Iruela all available. The team will need the defense to tighten down and play behind the pitchers, and the offense to deliver some timely hitting.

Miami Springs fared well against Mourning this season and has yet to lose to the Sharks in the two years they competed against each other in this district. If that trend continues, the Hawks will be back in position to play and defend their district title.

3. Mourning – If ever there was a time for this team to take that next step, now could be that moment. The Sharks are chasing a berth in the regional playoffs, as well as a chance to compete for the district championship. But the Golden Hawks stand in their way, and they are a team that has held court in the series the past two seasons.

Mourning features a young overall group this season, and the guys have risen up to play some exciting and passionate baseball. The players are on track to make history with this program, and now could be the start of that magic. This is no simple task, but it is everything they have worked for.

Mourning has done a lot to manufacture offense and support the pitching. Leading the way is Alex Perez, one of the top hitters in the county. The Sharks have hit over .330 as a team, with Max Liff and Jim Varona also having breakout seasons. The team also runs the bases well to put pressure on the defense.

The Sharks have struggled down the stretch while playing the toughest part of their schedule. Now the guys need to build off the experience in those games and put it all together at the right time.

4. Miami Norland – The Vikings have not been as dominant as a season ago, but the team has still put in a solid showing this season. Norland has been competitive in its games, and finishes with a record just over .500.

The Vikings are still searching for a guy to fill the big shoes of Cleveland Westbrook. Tyrone Miller did a nice job in the lead spot this season, while Brandon Carter, Jhon Cruz and Max Gordon have also did their part. The Vikings count on the pitching staff as a whole to get the job done, and is not putting extra pressure on any one guy.

“We are still a good team and nobody can sleep on us,” Norland Coach Michael Jordan said.

Norland has relied on an offense that excels at getting on base and then running with vengeance. Khalil Harris has proven a nice fit in the top of the order, and Roderick Lucas continues to flourish with Carter and Gordon as the main offensive producers. Dimitri Duverger and Jamar Bien-Aime have also been a big part of the batting order this year.

Norland lost two close contests with Goleman this season, and some minor adjustments and a bit of luck could be enough to help the Vikings pull off the upset.