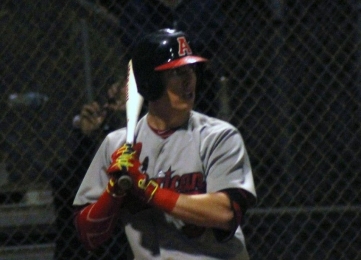 Overview – Defending state champion American remains the favorite to repeat as district champions. The margin between the Patriots and the rest of the group is much more narrow now, as both Reagan and Westland Hialeah represent a legitimate threat to unseat the champions. Those two teams will meet in the semifinals, meaning whichever survives will bring some important momentum with it. Meanwhile American has the easier road by facing a North Miami Beach that is much improved, but may still lack the tools it will take to pull off the huge upset.

1. American – The Patriots ave had a solid showing in defense of their state championship. Having a target on its back and always getting the opposition’s best effort has been a tough challenge for the team to handle, but American has still managed to hold its own and post a winning record his season. The team also earned a spot in the GMAC county tournament, where it advanced to the semifinals.

This honor simply added another tough challenge on a schedule as tough as any. American played top teams in the area all season, as well as in two tough HSBN tournaments in the Preseason Challenge and the March Madness Shootout. It has all been done to prepare the team for the playoff stretch, and now that time has come.

The Patriots lost their first district contest this season in a 5-4 defeat at the hands of Reagan. In two years the team has held an overall record of 21-1 in district play, including last year’s playoff tournament. American has an excellent chance to return to defend its district crown by beating a Chargers team that it swept by a combined total of 24-2 this year.

American also has some nice home-field advantage as the district hosts this season. The program has posted 40 victories at home over the past four seasons.

Leading the team this year has been senior standouts Romy Gonzalez, John Ham and Jhonny Jhones. This trio has all provided big contributions with the bats, hitting for a lot of power and doing a nice job of hitting to all fields. Justin Neo has recently emerged to solidify the leadoff role, which seems to have brought the perfect continuity to the lineup.

American does not have an ace like it enjoyed the past few seasons in Ronnie Williams, who is now pitching in the St. Louis Cardinals organization. The team has received solid innings from Mike Rodriguez, Luis Angel Chipi and Danger Guevara this season, but has struggled in the bullpen. Previous senior closer Andy Figueroa has yet to be replaced as the team has instead had to patch together things late in the game. 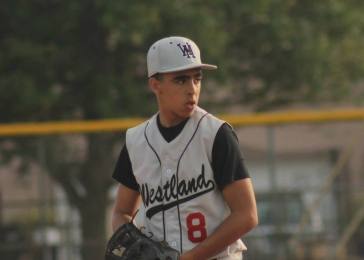 2. Westland Hialeah – The Wildcats are strong in the right place, and that is in it pitching staff. This gives the team every chance to succeed and win every time out, as well as giving the players a boost of confidence when they take the field.

Starters Giovanni Arriera and Ogandys Diaz have combined to provide a lethal threat on the mound. Arriera has been a strikeout machine, while Diaz leads the club in wins.

“Both guys have been great all year, and we are fortunate for that,” said Westland Hialeah Manager Jose Alvarez.

Meanwhile, Alex Ayala has also had a solid season in the rotation, while Ronel Rodriguez and George Aguilera lead a strong relief unit. The team has the pitching to compete, and the results have shown it with its first winning record since 2012.

The offense has also been a strong point. David Vasquez has emerged as one of the top hitters in Miami-Dade County, as he has hit for a lot of power and leads the county with 14 doubles. Evander Hernandez and Bryan Lavastida have also had strong season to lead the hitters.

Westland won both meetings with Reagan during the season, and it will need to make it three in a row if it wants to return to the regional playoffs and give itself a chance at the district title. Should the Wildcats win and get to the title game, it can take a lot of confidence in the two closes games it already played against American this season.

3. Reagan – The Bison posted their second straight winning season this year, which is a fine accomplishment for a young team under a new Manager. First-year skipper Rafael Mesa got the most out of his players, and they should have plenty of confidence in themselves being able to return to the regional playoffs for the second year in a row.

To keep its season alive, Reagan must first figure out a way past a Westland Hialeah team that beat it twice this year. The team will need to make some adjustments and learn from those losses in order to give itself a chance to win and advance.

Mesa has preached to his guys how important it is to compete in district games. He tells the guys to embrace the tougher teams and to allow them to bring out their best.

“We look forward to facing them and beating them twice,” Mesa said. “That is the mindset you have to have to be successful in our district. The district games are what counts. That’s what gets you into the playoffs and gets you into regionals.”

The Bison have swung the bats as well as any this year, hitting roughly .375 as a team. Edgar Pages is one of the top hitters in the county and leads the team in most offensive categories, while Christian Delos Santos, Jose Negron and Yadan Hernandez all hit over .400 for the season.

The approach on the mound is to pitch to contact and get outs, and trust the powerful offense to put up runs in support. Starters Carlos Mancilla and Guillermo Delgado struggled this year, while reliever Kevin Feireabend was a reliable asset out of the bullpen. 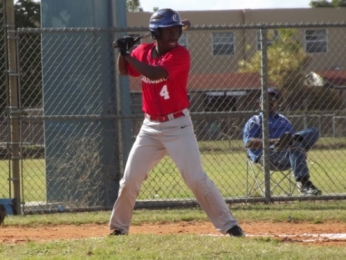 “It is something that we have not done in quite some time, and once we get that foot through the door anything can happen,” Chargers Manager Alex Rodriguez said of about competing in the playoffs.

North Miami Beach will only lose one player to graduation after this season, and it will be important experience for the guys to play in the district playoffs and know what that intensity is like. The best case scenario is the guys ride that passion and emotion and pull off the upset, while the low end of the spectrum is that they will still play and gain playoff experience.

The Chargers will rely on its offense to lead the way and support a pitching staff that has struggled. Senior Danny Perez and Eliakin Brown have led the offense, while speedster Samson Blues has also been a big contributor.

The team likes to move around the bases and manufacture offense. Edwin Medina, Blues and Perez have all logged over 15 stolen bases this season.