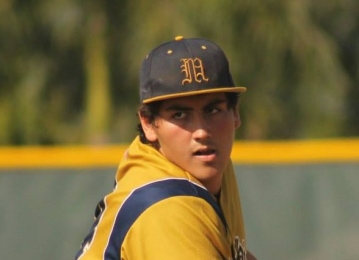 Overview – Miami enters the district tournament as the top seed after going a perfect 10-0 in the district this season. None of the Stingarees are walking around with big heads this year, as they all know what tough competition they faced all year long.

“They have all given us a fight every time we have played them,” Miami Manager Frank Suarez said. “Especially with these guys at Hialeah Gardens, they fought us all the time. It was the same with Hialeah and Miami Beach too. But my guys have done a good job. My pitching staff has been great.”

Last season the two lower seeds played in the championship, and this season things are just as much up for grabs. Miami Beach scored an upset-victory over the top seed, and will look to do it again. Meanwhile the Thoroughbreds will look to upset the rival Gladiators and get back into the regional playoffs as well.

1. Miami – The Stingarees are just two years removed from a season in which they managed just one win in district play. Now the club comes into the playoffs as the hunted, after sweeping the regular season series against everyone in 8A-14. The defending district champs know what a tough task they have at hand in order to repeat, and they have not forgotten what these other teams are capable of.

“They have been gunning for us all year, because we were the district champs,” Stingarees senior veteran Edgar Aparicio said. “We can’t come in big-headed, and we cannot underestimate anybody. Last year Miami Beach beat Hialeah Gardens when everybody favored Gardens. You still have to execute; you still have to hit, pitch and field to win.”

Pitching has been one area where the Stings have excelled. The team has had reliable arms in Aparicio, Andy Escano, Jose Barrios and Chris Rodriguez.

The offense has relied on big innings to get the job done, and the team has done a great job of capitalizing on its chances. With the return of center fielder Dayron Mallea expected for the playoffs, the Stingarees are excited to have its regular lineup in place for the playoffs. The team has gotten production from everyone, from stellar leadoff man Ray Blanco right down to the last hitter in the order.

Team baseball has been the key to success, and Miami has done a solid job of getting contributions from everyone in order to win big games. 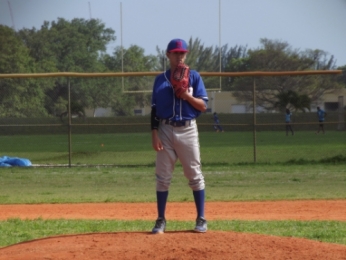 2. Hialeah – The Thoroughbreds rebounded from a tough 2014 campaign with a solid showing this season. The team finished just below .500 while featuring a young and relatively inexperienced roster. Under first-year Manager Ozzie Borrell the team made strides all season, and it played its best games during district play.

Pitching was a big factor in the team’s success. Sophomore Erislandy Rivas emerged to prove himself worthy of the distinction as the team ace, and the talented right-hander even tossed a no-hitter in a district win over Dr. Krop. Rivas led the squad in innings pitched and strikeouts.

Hialeah has relied on strong starting pitching that goes deep into games. Anselmo Suarez and Damian Llanes have slowly come along to round out the starting rotation, while Nicholas Cruz and Julian Dezayas have been the top contributors out of the bullpen.

Carlos Reyes has been the big main with the bat, leading the team and the district in many hitting departments. Hialeah hit just over .300 for the season, and Alex Bello and Carlos Garrido were also big pieces of that offensive production.

Hialeah had a strong 5-3 finish to close the regular-season with some momentum. The Thoroughbreds have some quality victories during the season, but have also taken some tough losses along the way. The team is as unpredictable as they come, and truly representative of the parity that resonates in this district. 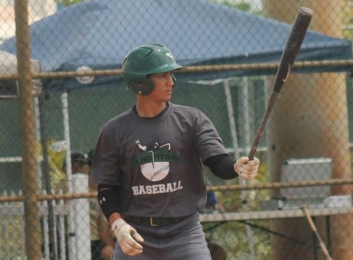 3. Hialeah Gardens – The Gladiators have been looking for consistency all season long, and there is no better time than the present for the team to play its best baseball. Hialeah Gardens split the regular-season meetings with the Thoroughbreds, and the rubber match will be the most important game either has played all year long.

Gardens Manager Tino Burgos admits he is looking forward to the playoffs. The team has done everything it could to prepare for this challenge, and it is eager to see what it can accomplish.

“I definitely like our chances,” Burgos admitted. “We’ve had some tough losses, but we played a tough schedule. We expected to have a couple of more wins, but I don’t think our record reflects the type of ball club we have and the type of effort my kids put into this season. Hopefully all of that comes together come playoff time. I feel very confident for the playoffs.”

Gardens only has five seniors on the roster, which bodes well for the future. Presently, those guys are also key members of the roster. Chris Clara and Jose Gaston have been the driving force on offense this season, while Pedro Ravelo provides a lot of speed and versatility in the lineup. Nathan Llanes and Allan Berrios have also been big pieces of the batting order.

Gardens uses each member of the roster as well as anyone. Everyone gets playing time during the season, and coaches are not afraid to turn to anyone at any given moment to make a big play for the team. With their backs against the wall, any member of this team could be the one to step forward and make a play that saves the day and perhaps even their season.

4. Miami Beach – The Hi-Tides are back in familiar territory. A much younger and less experienced version of the squad took the field this season, after it graduated several key contributors. While the wins did not stack up, the club has competed well and managed to hold off Dr. Krop to lock up the final playoff spot in the district.

Now that they are, the rest doesn’t matter anymore.

“I preached it all year that what matters is getting in, no matter what place you’re in,” Miami Beach Manager Willy Baez said. “Everyone starts 0-0 in the playoffs. We just have to beat Miami High now, when it really counts.”

Blake Brattain is the ace for the club, and will likely get the call for the biggest start of the season. The junior pitched in many of the team’s biggest district games and led the squad in victories. Brattain was also the guy who threw a complete-game in the team’s district semifinal win last year, and he may need to go the whole way again this time.

Javier Oses has emerged as a solid second option on the club, which helps to take some of the pressure off its ace. The team has limited depth on the mound and relies on the starters going deep into games.