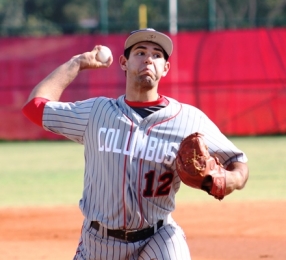 Overview – Pitching has been the theme for this group of teams, as each one has an ace it can lean on. Pitching made all the difference in many low-scoring games throughout the district this season, and the five teams in this playoff bracket all got here thanks to execution on the mound.

Now these teams prepare to slug it out in games that are likely to be as exciting and tightly-contested as what has been shown all season long in 8A-14. Columbus stole the top spot and is in great position to defend its district title, while two fierce rivals will play for the third time this year to see who will advance on that side of the bracket.

1. Columbus – Explorers Manager Joe Weber always says he wants his team to play its best in April and May. This year’s group has received that message loud and clear. Columbus grabbed the top seed in the district on the final day of district play with a win over Braddock, and then the team went on to win the GMAC county championship on the heels of the district tournament. The Explorers have as much momentum as possible heading into the playoff season. 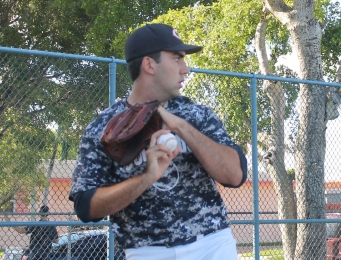 Columbus carries an eight-game winning streak into the postseason, and the team has carried on tradition as a fierce and dangerous opponent that never takes games off. Even despite a roster brimming with youth, there is talent in abundance and the team is as strong as ever.

Led by senior ace Matt Marini, the Explorers are on a mission to return to the state tournament and chase after another state crown. The easiest road to get there starts by winning the district championship and hosting the regional quarterfinals, and that is still the main focus for the squad. Marini gives the team a great chance to win in the semifinals and return to the title game, and Christopher Copiel and Nick Silva provide the team with enough depth on the mound in the finale.

Columbus takes pride in its defense in support of the pitchers. The team has tons of speed in the outfield, senior shortstop Danny Casals is a natural playmaker, and sophomore third baseman Jackie Urbaez is also blossoming into a force at the hot spot.

Casals led the offense in hitting and stolen bases this year, while Hernen Sardinas clubbed a team-high four home runs. Dominick Reyes, Urbaez, Christopher Vinson and Mikey Navarrete have all been key contributors in a deep batting order.

This is a team that is built to win. Columbus is capable of a deep playoff run, and could easily emerge as the last ones standing in Class 8A. But in a district this talented, the challenge is large enough just to focus on getting to the district championship.

2. Braddock – The Bulldogs were one of the hottest teams early on this season, storming to the to of the district and beating both of the top teams to prove its case in such company. Although the club has cooled a bit of late, there is no question of its talent, drive and ability. Braddock is strong in all the right places and is capable of ending the season for anyone in its path.

While most other teams in this district tournament flourish behind its pitching, the Bulldogs are an offensive-minded group. The team hits with the best of them and boasts a lineup that can produce starting with leadoff man Willie Padron straight down to nine-hole hitter Yandy Morales. Jean Marcel Martinez and Anthony Alvarez led the middle of the order this season, posting powerful numbers that helped the offense thrive.

“We put a lot of practice in here and we bat in the cages everyday,” sophomore Miguel Rivera said. “We think about cuts and we just practice hard. We practice how we play. This team has the ability to do a lot of things and we just keep working together as a team to win every game.”

Anthony Alvarez has been the main man on the mound for Braddock this season. The senior posted a 0.00 ERA out of the bullpen this year, and also recorded four saves in seven appearances. The four-year starter has been a leader on the field, and one who gives his team tons of confidence when he is on the bump.

In his first full season in the starting rotation, Alex Martinez rose up to become the team’s premier ace. The senior led the club in wins, and also delivered two complete-game shutouts this season. Nelson Alvarez, Miguel Velazquez, Ozzie Fernandez and Jordi Farinas provide more firepower and depth to the pitching staff.

The Bulldogs split the regular-season series with Coral Gables, and once again it all comes down to a semifinal showdown with their rivals. Braddock has not advanced past the opening round of the district tournament since 2010 and now represents its greatest opportunity to end that unfortunate streak. 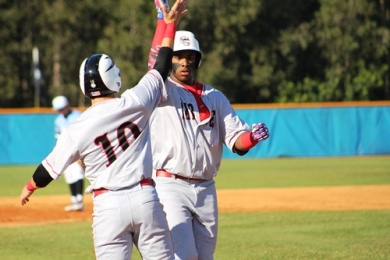 3. Coral Gables – The Cavaliers have come a long way over the course of this season. The team came into the season with high expectations, boasting a senior-laded group loaded with talent and potential. Some tough losses early on had the team back at the drawing board, digging down and regrouping in order to bounce back and salvage the season. Since then they have stormed back with a vengeance, and they enter the district tournament as one of the hottest teams in the county.

“Early on it was a struggle and it was frustrating for everybody,” Cavaliers Manager Phil Wisser said. “It is definitely the right time to get going, and we are not done. We are going to do everything we can to give ourselves the best chance to be there in the end.”

Gables is playing like a top seed, rather than a third-seed “underdog”. The team has won 12 straight and has been clicking on all cylinders. The Cavs won the HSBN March Madness Shootout during Spring Break, beating four of the top teams in South Florida in the process.

Senior ace Andrew Cabezas has been a big part of the success. The right-hander gives his team a great chance to win every time out, and he has finished among the top strikeout leaders in the county.

Coral Gables has a lot of strong pitching behind its ace. Tyler Santana, Ryan Maya, Carlos Perez and Bryan Melendez add a lot of depth on the mound. Meanwhile Jose Padron has emerged as a legitimate closer, with a district-leading five saves.

The Cavaliers like to run and wreck havoc on the bases. They stole 48 bases on the season, but were also caught stealing 14 times.

Driving runners in once they are in scoring position has been the name of the game. Rolando Rodriguez, Franky Montesino and Anthony Valdes have been the top guys to push those runs home. Standout veterans Coco Montes and Elih Marrero have also put together nice seasons.

Even with all the senior experience on the squad, the Cavaliers have not shied away from working younger guys into the lineup as well. Junior Jordan Morina has worked his way into the lineup this season and has quietly come along as another quality bat the team can count on. 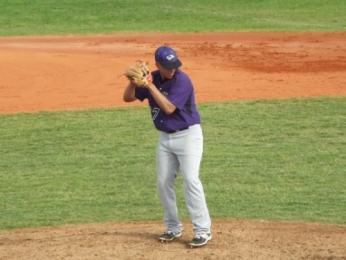 4. Southwest Miami – The Eagles should like their chances as much as anyone. With team ace Andres Fletes on the mound, the team has proven it can compete with anyone. Fletes has toed the rubber for their biggest games of the season, and the Eagles have played with great confidence behind him.

The senior ace struck out 57 batters in 55 innings, with a 0.89 ERA to lead the pitching staff. Jason Graña has provided a solid second option, and could be called into duty in the quarterfinal should Fletes run into trouble. Jose Valero and Marcus Rabel provide further depth in the bullpen, and Rabel has proven himself with a big victory over Rockledge during Spring Break.

Although the wins did not stack up this year, Southwest played its best baseball within the district. The Eagles won both games against Ferguson, and have proven they can beat the Falcons a third time in order to keep playing.

But in order to improve those chances, the Eagles need to build some momentum at the plate. The club did not boast a large batting average this year, and has struggled to string runs together. Robert Campo led the hitters with a .294 average and a team-high 20 hits.

“We have a hard time getting runs across for some reason,” said Southwest Manager Josy Torres. “It’s hard to put your finger on it, but we’ll keep working and hope we can break out when the right time comes.”

5. Ferguson – The Falcons have overcome a lot this season. With a lot of heart and effort and a little bit of luck, the Falcons earned their way into the district tournament. That berth came only after beating South Miami last week to end district play, in a game that served as an early playoff contest. The Cobras dropped their final three district games to miss the playoffs, including a nine-inning pitcher’s duel in which Coral Park ace Carlos Cabanas prevailed over South Miami ace Ernesto Pino.

Falcons ace Sergio Ramos led the way to a shutout victory over the Cobras, giving his team his best just as he has all season long. Ramos gives Ferguson an excellent chance to win and advance to the semifinals. With a likely match up against Eagles ace Andres Fletes, the game will likely be a low-scoring and tight contest.

“Sergio has always done this, as far back as I’ve been here,” said Ferguson Falcons Manager Jose Novas. “He can keep us in any ball game he pitches.”

The semifinal meeting also gives Ramos a chance for personal redemption, after Southwest got to him for a big win earlier this season. The Eagles won both meetings this year, and have won three straight in this rivalry.

Ferguson will ask for a struggling offense to find some rhythm in the playoffs. The Falcons hit just .250 for the season and have had a tough time scoring runs and putting up big innings. Christian Martinez and Alex Soto both hit over .300 to lead the lineup.