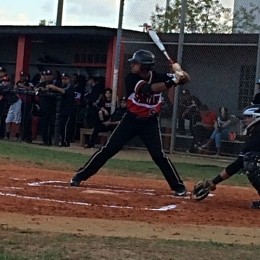 The Southridge Spartans have had their share of struggles this season as they came into Thursday’s game. Their opposing Felix Varela Vipers are the opposite of a struggling team.

On senior night, the Spartans received an impressive pitching performance from their senior starter, Erick Lopez. The performance from Lopez and the rest of the Spartans was good enough for a 6-3 victory over the Vipers. Lopez only allowed one earned run, six hits and four walks over five and-a-third innings pitched, while striking out six Viper batters. The win was Lopez’s third win on the year and a great way to end his high school career.

“Erick Lopez had a great outing to finish his high school career with a win,” said Manager Ed Doskow. “He made it into the sixth inning against a very good Varela team. He made some real quality pitches and it was nice to see him finish strong.”

The big inning came in the Southridge half of the second, when the Spartans scored four runs on five errors and two hits. Three of those five errors came on one play, a play that Vipers assistant coach Eryk Dees referred to as “never-ending.” With a man on third base Austin Peterson roped a hard ground ball right at the third baseman that took an iffy bounce and headed into left field for an RBI single, followed by a bevy of errors which allowed Peterson to come all the way around and score the fourth run of the inning and the fifth run of the game for the Spartans.

After a leadoff single by senior outfielder Josten Heron started the inning for the Spartans, senior Javier Castaneda was plunked with one out, therefore advancing Heron to second base. With runners on first and second, senior second baseman Julian Rivera hit a ground ball that was fielded cleanly, but then thrown away past the first baseman, scoring Heron and advancing Castaneda to third base. Sesin delivered with an RBI ground out to the shortstop that scored Rivera and made the game 4-0.

“The whole starting nine were seniors, we played every senior in the program,” said Doskow. “It was a nice district win, but at the end of the day we could have done this all year. It’s a shame we didn’t, but hopefully we learned from this year and the guys next year make a run for a championship.”

The Vipers sent starting pitcher Chris Gomez to the bump to counter Lopez, and his outing finished sooner then anticipated. The junior let up five runs, but only one was earned, in four innings.He allowed six hits, a walk and struck out four Spartans. The loss bumps Gomez to 5-2 on the year and puts the Vipers at 12-5-1 overall, with a 8-4 mark in district play.

The scoring came early for the Spartans, in the bottom of the first inning leadoff batter and senior shortstop Arlain “A-Train” Sesin smacked a single to start things off for the Spartans. After a perfectly-executed hit-and-run placed Sesin on third and fellow senior Austin Peterson on first, an RBI ground out to the short stop from senior Jamar Criss plated Sesin for a 1-0 lead. 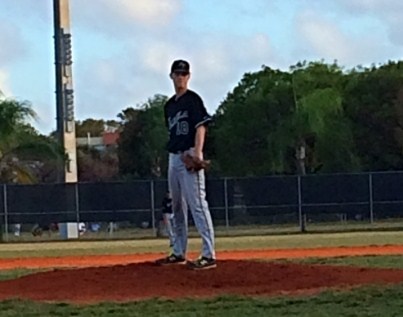 After the second inning, things were scoreless on both sides until the fifth, when the Spartans and Vipers each scored a run apiece.

For the Vipers, their first run of the game came via an RBI single off the bat of Tony Mejias-Rivera. The junior knocked in centerfielder Chris Allende, who reached first base on a single and later advanced to third on another single from Devon Moore.

The Spartans refused to be outdone. After the Vipers scored, the Spartans answered back with a run of their own. To lead off the inning Jamar Criss smacked a line-drive single and then scored on a Diandre Amion double that he attempted to turn into a triple, but was gunned out at third by the Viper shortstop.

After Lopez was lifted in the fifth, the Spartans brought in junior Righty Victor Feliz. Feliz threw one and two-third innings of two-run, two-hit ball, while striking out one and walking two.

The last chance for the Vipers to get something going came in the top of the seventh when Feliz walked JC Garcia to start the inning. An infield single to Devon Moore, and Tony Mejias-Rivera reached safely on a fielders choice that put guys on first and third for catcher Hector Vaquez. The junior came through with a two-RBI double down the left field line that cut the lead to three. However, Feliz was able to stop the bleeding by getting the next two batters to pop up and ground out to the third baseman for the final two outs.