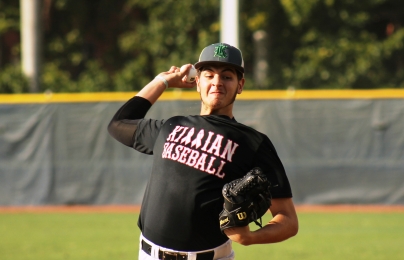 The Cougars are looking to get back to the district championship.

Although it is the same story every season, that story is full of excitement due to the fact that this district continues to be as challenging and competitive as ever. Realignment shifted Varela and Miami Sunset out while welcoming Homestead to the fray. With another local rival added to this equation it only figures to be as action-packed as ever.

The past two seasons this district was ranked as the eighth-toughest district in the entire country. For the teams that play in those games, they understand why.

“As a coach, I love playing in those games because I feel it prepare them for college,” said Southridge manager Ed Doskow. “Every game against South Dade, Palmetto and the rest, it is a nail-biter to the last pitch and the last out. Those guys playing those games and then in the district playoffs, it gets them ready when they go to college as they realize one through nine what that is like.”

Now in his second year as the manager at Coral Reef, Tony Meilan feels his guys have had a chance to get use to his style and his vocabulary, as well as his work ethic. Meilan loves the game and when he is on the field or at practice he goes with 100% focus. Now the players are used to that.

“We rely on our pitchers throwing strikes and playing defense,” Meilan said. “We should always get the runners over and bunt the ball more and have the sac-fly. With every team that is the challenge to go that.”

It is an experienced group with 11 seniors this year, but the team has struggled the last few years and therefore none of these guys are content to assume their roles. They are working hard to prove they deserve their time on the field. Veteran ace John Stathopulos is one senior learning to embrace his leadership role.

“To go out every game and pitch I know I have to do my job and that the guys are looking up to me to do my job by throwing strikes,” Stathopulos said. “I have to have good composure. I can never be down and I always have to bring up my teammates if they miss on a play. It’s big on me that they are always up.”

Even with the loss of a large senior class, manager Danny Smith admits it has been easy for his guys to build off of a strong 2015 campaign. This summer they kept the guys together and traveled as two teams, which helped the learn each other’s methods and abilities. They had a strong fall and showed nice balance across all three phases of the game.

“We’re very strong up the middle,” Smith said. “I think our weakest thing now is that we have a lot of guys without a lot of experience. With the experience they get this year they should take that into next year and we should be a pretty good baseball team. This year we are going to compete, and that is what we are excited about.”

Smith notes that his guys are always bright and intelligent young men, and it helps the learning curves immensely. Guys pick things up quickly and they discipline themselves. Coaches usually only have to tell them something once.

Spartans manager Ed Doskow is hoping this season will be the return of the empire from the late nineties and early turn of the century. Now in his twenty-third year of coaching and his thirteenth as the head man at Southridge, this group this year has given him reason to believe this is possible.

“I think something we’ve been missing the last few years is chemistry, and this team gets along with each other very well,” said Coach Doskow. “They have a great time and laugh at practice, and they go at each other hard. At the end of the day they leave the field hugging each other wive high-fives and hugs. It is pretty impressive to see.”

The club is very strong on the mound, led by senior Ryan Margolis. The veteran right-hander figures to get the ball in the club’s biggest district games.

“It’s a great opportunity, but you still have to work your position because there are four other pitchers that could all be the number one pitchers this year,” Margolis said. “We all do the work at practice. We are going to have a good year this year. In a big district game you really have to focus and remember all those things you practiced and bring it with you and then have a good game.”