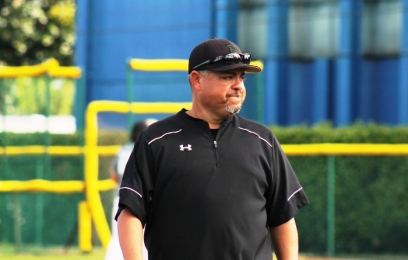 Tito Rodriguez gets his first managerial stint this year at the helm for the Sabres.

New St. Brendan Manager Tito Rodriguez has a simple challenge for his guys that will lead to their success this season, and that is to play tough for all seven innings and all 21 outs. The team is coming off a season in which the Sabres made it to the regional semifinals, and the coaches are using the pain of having their playoff run cut short as an example to work harder and play harder this season.

“The kids are excited and they like the way that I work,” Rodriguez said. “They like the way the coaches work with them, but it is a little bit different this year. We are trying to get more to a professional level where we are working more in practices, doing more hitting in the cages and working out more in the gym. But the first approach for them is to make sure they get better grades and they are better human beings. They have to take care of their families, their brothers and their friends.”

Rodriguez has been an assistant for several years and now gets his shot as the head guy. He admits he is excited this year because he has a great group of kids to work with. His coaching staff is a great help, and they are also especially helpful with the kids during the school day. They are already great students and now the focus is to make them better baseball players.

“I have got my own approach of the game and I like to teach a lot,” Rodriguez said. “I hope for these kids to get better and take that next step and play at the next level, to be either college players or professional players. I have been in professional baseball with my brother for like twenty years and I want to bring all that experience to use on them so they can get better.”

Seniors Ryan Hernandez, Ryan Denis and Nick Bermudez are leading the guys more to work and for the two hours they work in practice he wants them paying attention to what the veterans do and what the coaches preach. Last year the team had a bunch of seniors and this year it is only five seniors, but Rodriguez says they are doing a great job.