Boca Raton Walks Off With A Win Against Coral Gables 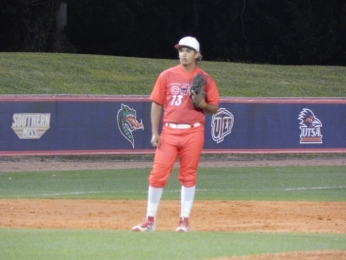 Thursday’s game at Boca Raton’s FAU Stadium between the Coral Gables Cavaliers and the Boca Raton Bobcats was everything a fan of good baseball could have asked for. But if you are a Cavaliers fan, the ending was not what you wanted after such a stellar performance by starting pitcher Carson Willis was spoiled when Boca won on a 4-3 walkoff.

The game ended on a walk-off single by Anthony Acino in the bottom of the seventh inning after the Bobcats had scored a couple of runs to make a 3-3 tie. The inning had started with Willis still on the mound and seemingly holding the home Bobcats at bay since surrendering a first-inning run.

“We stayed on course, and made some adjustments throughout the game,” Boca manager Scott Morrison said. “Their starter Willis was really getting us with his breaking balls, but we finally showed some patience and then were able to get some big  hits to get that last inning started. Then Acino had such a big at bat to close the game out.”

A little more patience from the Bobcats hitters resulted in an inning that started out with a routine fly out to center. But after that Bobcats center fielder Philip Santiago started the comeback with a sharp single to left field. He was followed by a single by Joey Mauro. A passed ball advanced both runners, then Kaden Cohen, who had entered the game in the seventh inning for Mathew Weber, drew a walk to load the bases.

Thus the drama unfolded as up to the plate strolled Acino with the bases loaded and the Cavaliers going to the bullpen for reliever Frank Fernandez. On a full count Acino laced the winner into the outfield and the celebration for The Bobcats was on in full.

“It felt great to help my team, especially in a tough spot like that with having to come back in the seventh inning,” Acino said. 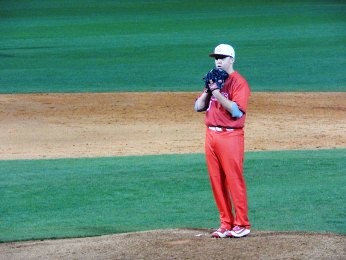 The Bobcats had started strong, scoring a run in the first inning after a leadoff single by Christian Flint was followed by a Ricardo Gonzalez double to left-center field for a 1-0 lead.

Cavaliers starter Carson Willis settled down and proceeded to breeze through the next several innings with minimal damage. He finished with six-and-a-third strong innings and, if not for the patience shown by the Bobcats hitters in the end, might have finished the game.

“Carson Willis pitched outstanding for us tonight, against a really good team on the other side,” Cavaliers manager Philip Wisser said. “We knew coming in this was going to be a tough game. We lost 15 seniors from last year so we are really young and rebuilding. But a lot of positives tonight, and we’ll learn and get ready for district play.”

The visiting Cavaliers were held in check by Bobcats starter Zach Zientarski for the first three innings without much offense. But in the fourth, the Cavaliers started to get to reliever Nick Becker, who had come out to the mound for the fourth inning and proceeded to strike out the first batter he faced. After that, David Atkins laced a single, then was followed by a double by Elijah Eusabio and another double by Gerardo Rodriguez. An infield error resulted in another run for the visiting Cavaliers and they ended the inning with a seemingly comfortable 3-1 lead.

Aaron Kleintop held the Cavaliers scoreless for an inning, and Austin Baumann did the same the following frame. This helped set up the offense a chance for the dramatic finish that all the home fans were hoping for.