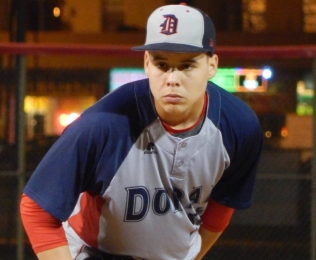 The Doral Academy Firebirds continued to stay true to their name by staying hot with another victory despite critical injuries. Their fifth victory in their last six games came via a well-fought 9-6 win over Hialeah on Tuesday night at Alex Fernandez Park.

For second-year manager and baseball veteran Ralph Suarez, these early season wins and losses are not important in the grand scheme of things. However, he does believe winning close games builds a team’s character to be ready come playoff time.

“I don’t worry about wins and losses at this stage in the season,” Suarez said. “It’s great to win now, but winning in the playoffs is when it matters. That’s the money time.”

Entering Tuesday’s game, Doral (7-4) had won its last four games by a combined nine runs – winning none of those games by more than three runs. Although the Firebirds have grown accustomed to close games, this contest seemed to be headed in a different direction when they jumped to an early 5-0 lead by just the third inning.

Doral’s Lency Gonzalez drove in the game’s first run with an RBI single to center field to bring in Brian Perez. In the second inning, Adrian Figueroa hit an RBI single to left field to drive in Michael Marin. Then it was CJ Calero’s two-run double which highlighted the three-run third inning.

With a 5-0 lead, Doral starting pitcher Jorge Perez was keeping Hialeah off the board and giving his team some critical innings after lasting less than two innings his last start against Sunset. 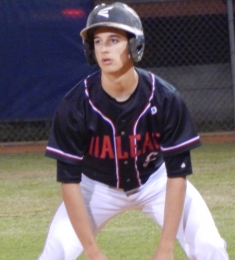 “He’s definitely got electric stuff on the mound,”Suarez said. “We are just young on the mound and need to keep getting guys experience.”

In the bottom of the fourth, Hialeah’s bats woke up when Adrian Negrin hit an RBI single that nearly caught Doral’s pitcher. Adrian Negrin followed with a two-run double to left centerfield to make it a 5-3 game, and a Jonathan Sanchez RBI single in the fifth inning made it a one-run game.

Despite facing numerous injuries that forced Suarez to start a seventh and eighth-grader, his team responded to Hialeah’s comeback with a four-run sixth inning that featured a three-run homer over the left field wall by Perez. Although the Hialeah fans, including acting manager Juan Garcia, felt the home run was foul, the call stood and Doral led 9-4.

Even so, Hialeah (4-4) was not done fighting. The team got a run back in the bottom of the sixth and found themselves with a bases loaded and no outs situation in the bottom of the seventh. With the tying run at the plate, Doral replaced pitcher Jose Uolla, who pitched a solid two-and-a-third innings in relief, with Perez.

An inning removed from delivering a three-run blast, Perez then had to shut the door and limit the damage. He started by striking out the first batter looking. Gomez was up next and hit his second RBI single to right field. The runner from second tried to score but a rifle throw from right field combined with Calero’s sure hands ensured the second out of the inning was made at home. Perez induced a flyout to end another close contest.

“You cannot go into a difficult situation and pressure yourself,” Perez said about entering the game with the bases loaded jam. “You just have to block everything out and not let anyone get inside your head.” 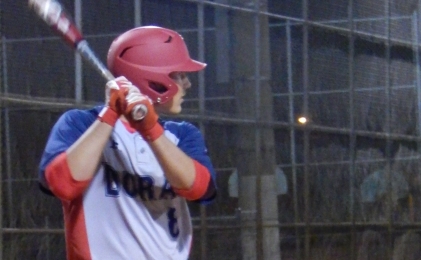 Garcia still felt a great deal of pride for the way the Thoroughbreds fought back until the last inning against what he perceives to be a very mature and powerful team.

“We let them off the hook by making some errors which led to big innings,” Garcia said. “I liked how we battled back, but you could only keep battling back so many times. Doral is young, but they play like veterans. That is probably going to be one of the biggest teams to beat in Miami-Dade for the next few years.”

Doral’s Suarez is no stranger to playoff atmospheres and championship teams. He understands the value of these close games as his team matures and becomes healthier.

“I’ve won over 400 games and nine state titles,” Suarez said. “These types of games get you prepared for the playoffs. That’s the bottom line.”