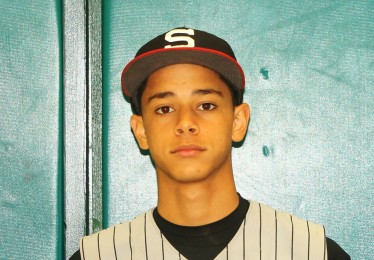 Brandon Abreu was 3-for-3 to lead the Spartans offense.

Southridge earned a season-series split with rival Killian thanks to a 3-2 road victory on Wednesday afternoon. The Spartans (8-9) scored a pair of runs in the top of the fourth for the deciding margin, while starter Rey Jackson and reliever Victor Feliz kept the Cougars’ offense at bay to preserve the win.

With things knotted at 1-1 in the top of the fourth, EJ Doskow singled to left field to get things started. Nick Deegan advanced him into scoring position with a sacrifice bunt and Ralph Fernandez was intentionally walked to bring Brandon Abreu to the plate. Abreu delivered an infield RBI single to plate Doskow for the lead, and Fernandez later tallied the deciding run after a wild pitch.

“If you look at our record you see we’ve lost five games by one run and three by two runs, so it was nice to hold onto one,” Spartans manager Ed Doskow said. “Ralph Fernandez out-hustled the pitcher to the plate to score the deciding run on a ball that did not get far from the plate.”

Southridge improves to 3-5 in 9A-16, maintaining a strong hold of the fourth seed while still having a chance to overtake Killian (12-5-1, 5-3) for the third seed. The result also helps the teams at the front of the district, as the winner of Saturday’s meeting between South Dade and Palmetto assures the victor of no worse than the third seed in the district tournament. The Bucs and Panthers are both 6-1 and are currently tied for the district lead.

Abreu was 3-for-3 on the day and EJ Doskow supplied the other run on the strength of a sac-fly RBI that scored Henry Wallen in the first.

“To get off to a 1-0 lead on the road is a big momentum,” Coach Doskow said. “We got that sac-fly in the first from EJ Doskow, and we have been striking out in those situations.”

The Cougars evened things up in the second when Ruben Trillo pushed across Kyle Krtausch with an RBI groundout. They cut into the deficit in the sixth when Rahin Gaitor scored on an RBI single from Brian Ozuna.

Feliz shut the door to earn the save and preserve the win for Jackson, who delivered a quality start with five solid innings. Feliz tossed two scoreless relief innings with three strikeouts to end the contest. After a leadoff single and a sacrifice bunt put the tying run in scoring position, Nick Deegan hauled in a liner to left field and then relayed to Abreu to double off the runner and end the game.

“Our starting pitcher threw a tremendous game and Veliz has been our go-to guy all year,” Doskow said. “He shuts the door, he throws hard and throws strikes and puts the pressure on the hitters. That is what he did today.”