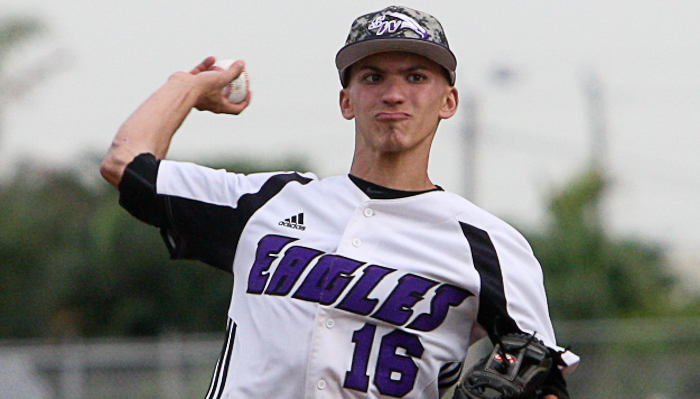 Cruz broke a 1-1 tie with a solo blast in the third inning. He scored both runs for the Eagles (8-9), crossing the plate in the first inning following a lead-off double and then an RBI single from Grana. The Eagles ace threw a complete-game three-hitter, striking out nine, including four of the last five batters he faced.

Grana won for the sixth time this season, against just one loss. He entered Tuesday’s game with a 0.31 ERA and did nothing but lower it, allowing just one unearned run.

“I felt good,” Grana said. “I kind of struggled with my command the first few innings. I focused and got myself together and went the rest of the way good. My teammates help me out. They always give me confidence. Every time out I try and do my best to help my team be on the winning side. I’m glad I did it again today.””

The Wildcats (11-7) put together two hits in the first inning, a single by leadoff hitter Ronel Rodriguez and a double by David Vazquez. But both runners were stranded.

“We had a lot of bad breaks on balls hit hard right at people,” Wildcats manager Jose Alvarez said. “Grana was dealing. He did a great job. He dominated the outside part of the zone. He threw his curveball for a strike whenever he wanted to. He was tough.”

The Wildcats did, however, tie the game with a run in the second inning. Michael Uz reached on an error and later scored on an RBI fielder’s choice grounder off the bat of Emmanuel Rodriguez. 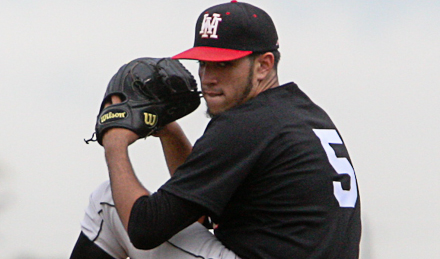 The Wildcats nearly tied it again in the fifth inning when Rodriguez belted a long fly ball to center field to hit off the fence about halfway up. The sophomore third baseman settled for a double.

It was the first hit off Grana since the first inning, and the last. Grana finished the game with an air of confidence about him that he says comes from believing in himself.

“I work really hard and always do my best and hopefully it goes the best way it could,” Grana said.

Cruz provided all the offense Southwest Miami needed to pick up another win with some new-found power. He hit a high inside fastball into the fencing of the batting cages in left field. It one-upped the double he drilled in the first inning.

“I got a fastball and just hit it good. It felt great; first of the year, first of my whole career, hopefully many more to come,” Cruz said of his home run. “I knew he only threw fastball. So I was just thinking fastball, staying on top up the middle. I got a fastball and I did my job.”

“He missed two spots and that was the game right there,” Alvarez said.