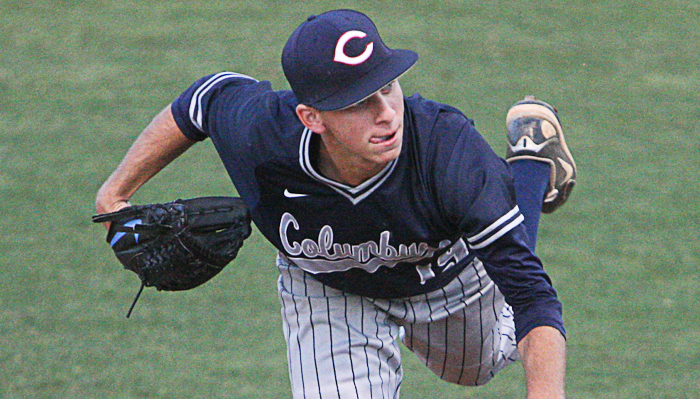 Columbus scored four times in the second inning and that was enough for pitcher Andy Arguelles, who tossed a three-hitter in the Explorers 5-1 win at South Dade in a regional quarterfinal matchup.

Arguelles (11-1) settled down after yielding a first-inning run and gave up just two hits over the final six innings to win his 11th consecutive game. The senior lefty struck out nine and walked only one but did hit two batters in the first inning when the Buccaneers (22-4), ranked No. 2 in the Miami-Dade Power Rankings, took a short-lived 1-0 lead.

Columbus (18-9), ranked No. 12, will take on Southwest in a regional semifinals game on Tuesday. The defending state champion Explorers are winless in three games with Southwest this season.

“Another great performance by Andy Arguelles,” said Columbus Manager Joe Weber. “He’s been our horse all year. We feel very confident with him on the mound. He lost his first game of the season to Flanagan and then he’s won every game since. Every time he goes out there he gives a dominating performance. And I thought against a great team like South Dade he did a great job.”

The Buccaneers couldn’t put anything together after the first inning when Chris Allende was hit by a pitch with the bases loaded, scoring Willy Escala with the game’s first run. Escala opened the game with a single. But South Dade managed just a third-inning single by Danny Vaughan and a sixth-inning double by Richie Sobalvarro the rest of the game.

“Obviously you don’t want to end the season like that,” Pico said. “Columbus is a good team. They fought a lot. They’re tough hitters. I wish the best of luck to them.” 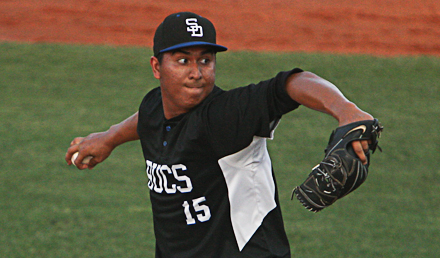 Navarrete was 2-for-2 with a walk, highlighting Columbus’ seven-hit attack.

“It was a great game,” Navarrete said. “We stayed focused. We knew what we were coming into tonight. It’s all or nothing and we’re trying to give it our all. That’s what we did today.”

Focused at the plate, Navarrete was on base all three times he came to the plate.

“I was looking at what he was throwing to batters in front of me,” Navarrete said. “I was reading his pitches and knowing when he throws the off speed and when the fastball is coming.

“I was looking for the fastball the whole time. But I was ready for anything that was coming; being aggressive.”

He said he hit two curveballs for singles.

And now the Explorers set their sights on Tuesday.