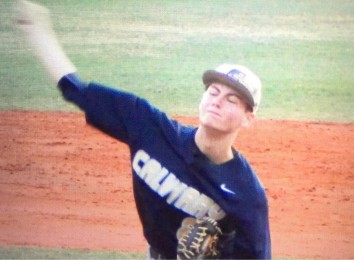 Heading into Thursday night’s regional semifinal, Calvary Christian (18-9) was coming off a loss to SLAM in the district championship, and was about to face a red hot Florida Christian offense.

The solution to these obstacles came in the form of a stellar pitching performance from Christian Scott, spectacular defense, and timely hitting. Scott’s six innings of one-run ball and freshman Ben Rozenblum’s grand slam led Calvary Christian to a 6-1 victory over Florida Christian.

Scott’s ability to persevere through the early innings set the tone for the rest of the game.

“He’s a special kid,” Calvary Christian manager Alan Kunkel said. “He has the ability as a competitor to reach another level when possible. The only thing we told Christian was to have conviction in his pitches. We told him if you feel confident, throw it.”

The Calvary defense wasted no time to flash the glove as well. With a runner in scoring position and two outs, right fielder Noah Yager charged at a blooping single and dove to snag the ball into his outstretched glove. The diving play saved a run and pumped up the entire team, especially Scott.

“When one guy makes a diving catch or a great play, it boosts the energy of the whole team,” Rozenblum said. “Once we have that boost of energy, I don’t feel anyone can stop us.”

Florida Christian starting pitcher Danny San Pedro had a solid start, but got into trouble in the second inning. Calvary’s Tommy Orr got the offense started with a lead-off walk. Brett Lawson reached base on catcher’s interference and Daley Weepier laid off some tough pitches to draw a walk and set up the table for Rozenblum.

During Rozenblum’s first at bat, he popped up on the first pitch of the game. In his next at bat, he changed his approach and crushed a grand slam well over the left field wall.

“My third base coach told me to get a good pitch,” Rozenblum said. “I was ready for that first fastball, and he put it right where I wanted it.” 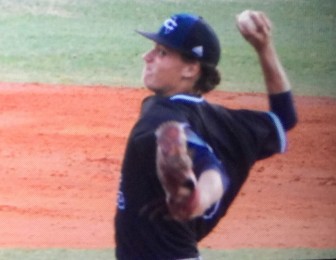 However, it was not long until Florida Christian threatened again. In the bottom of the third, the home team capitalized on a two-out error to then draw two consecutive walks. Scott faced a two-out bases loaded situation and fell behind 2-0 in the count. He used his fastball and Kunkel’s advice to strike out the clean up hitter. From that point forward, he retired eight consecutive batters, including a stretch of four straight strikeouts.

“I was really able to find my pitches,” Scott said. “I really wasn’t crisp in the first and second innings, but I was able to learn from their previous at bats and capitalize on them. I couldn’t find my release point in the stretch. I found it when I went back into the stretch and blew a fastball right by him. It was a huge momentum-changer.”

In the bottom of the sixth, Florida Christian’s Willy Hernandez tacked on a run with an RBI single to right field. Even so, Scott shut down the sixth inning with his eighth strikeout of the game.

“All the credit in the world to Christian Scott and Christian Calvary,” Brigman said. “At the same time our approach was not the best. As for next year, we’ll be young. We are graduating 10 players. We are proud that nine of them are going on to play college baseball. We’ll get back at it in a couple of weeks and look forward to next year.”

Reliever Noah Yager closed the game, and the celebration ensued as Calvary Christian will face SLAM on Tuesday in the regional final. SLAM defeated Westminster Christian 2-1 despite being no-hit through the first six innings. Calvary Christian understands the Titans will be no easy opponent.

“SLAM has some dangerous hitters,” Kunkel said. “We’d like to think that as long as we swing the bats, and Noah Yager comes out and has a good outing, we have a shot.” 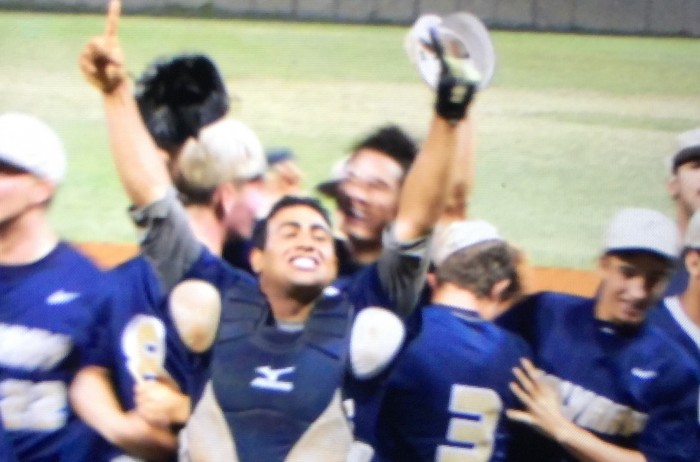