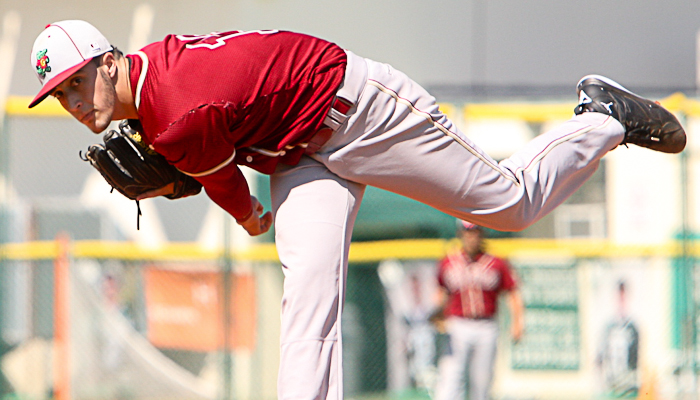 Goleman used two big innings and strong starting pitching from Adrian Garrastazu to blank host St. Brendan 9-0 in a non-district game Thursday afternoon at Carlos Alberto Costa Field. The Gators (20-2), ranked No. 7 in the Miami-Dade Power Rankings, scored three times in the third inning and batted around for six more runs in the seventh inning to roll past St. Brendan (7-10).

“We strike late in games, that’s the way it’s been all season long,” said Goleman manager Jose Lopez. “I guess that’s the type of team we have this year. They come through.”

Ramid Alvarez was 2-for-4 and delivered RBI singles in each inning that the Gators scored. He has a theory for the late-inning success.

“Sometimes I get to see the pitcher first and get more accustomed to him and that makes me feel more comfortable,” Alvarez said. “I just focused in and didn’t feel nervous hitting. I’ve been able to stay within myself.”

Alvarez and Brandon Paez were key figures in both scoring innings. Paez also went 2-for-4 with two RBIs and a run scored. They came through with back-to-back RBI singles in each of the third and seventh innings.

Jeremie Garcia and Michael Avendano, each hit by a pitch, and Juan Lugo, who walked, all crossed the plate in the third inning. Thomas Hernandez garnered an RBI with a sacrifice fly. The Gators sent 11 batters to the plate in the seventh. Garcia reached base twice in the inning and scored once. Lugo, Jasiel Perez, and German Villar drove in runs.

It was more than enough offensive production for Garrastazu, who went six innings scattering eight hits while striking out four. He did not walk a batter. 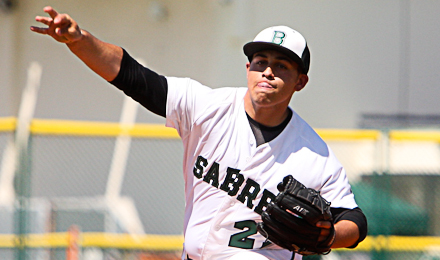 “All game I focused on hitting my spots,” Garrastazu said. “I hadn’t thrown this week; I rested a little bit and made sure I’m ready for the playoffs. I just wanted to focus on doing what I had to do.”

He stayed out of trouble by making Sabres hitters earn their way on base.

“I didn’t want to give up any freebies,” Garrastazu said. “I felt in control and my breaking pitches were on. So I’m proud of that. And my defense was behind me the whole game.”

Michael Avendano worked a hitless inning in relief to finish up for Goleman.

St. Brendan equaled the Gators’ eight hits. But they could not come up with the clutch hit.

“It’s the same problem all season, we don’t hit with people on base,” St. Brendan manager Tito Rodriguez said. “It’s sad today, Senior Day, losing like that at our place. But this is the beauty of baseball. Tuesday we threw a no-hitter and lost 2-1 against Pace.”

Nick Bermudez and Andres Ferreiro had two hits each to lead the Sabres’ attack. St. Brendan left three runners stranded on third base.