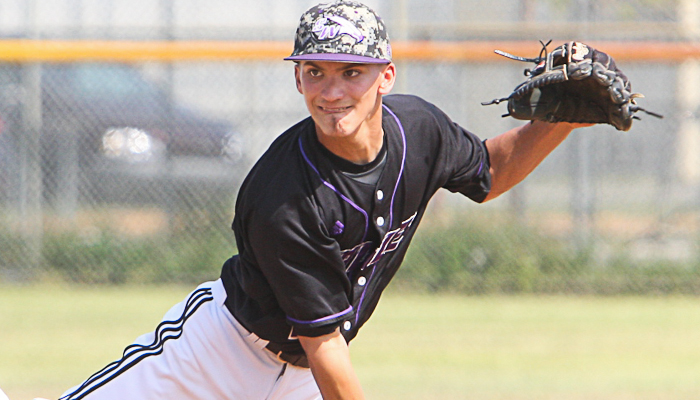 Jason Grana went 3-for-4 at the plate with two doubles and scored three runs. Normally that’s enough to garner Star of the Game honors. But normalcy isn’t in Grana’s vocabulary. The senior pitcher also threw a complete game, striking out 10, as Southwest ran away with an 8-2 win over Killian in a regional quarterfinal game on Wednesday at Andre Dawson Field.

Grana lost his shutout in the seventh inning when Brian Ozuna, Killian’s lone senior, singled and scored on a double by Daniel Trillo, who also crossed the plate on an error.

“It was good to come out energized,” Grana said. “We came out with a lot of intensity. We had a lot of confidence from the beginning,” said the ever-confident senior. “I knew we were going to win. I didn’t think it was going to be like that. I’m glad that we came out strong. We scored a lot of runs early and they gave me a lot of support.”

The Eagles (14-13) scored a run in the first inning, added two more in the third, and put the game out of reach with a five-run fifth inning. It was more than enough for Grana, who scattered six hits and didn’t retire the Cougars in order until the sixth inning.

“I felt fine,” Grana said. “I kind of struggled at times with my command. I just tried to stay composed and get back out to it and just throw strikes and let my defense do the work.”

Brett Mantrana (1-for-2, 3 RBI) lined a two-run double after Lewis Romero (2-for-3, double, 2 RBI) delivered an RBI single to highlight the Eagles’ fifth-inning fireworks. Enrique Aparicio added an RBI single in the inning and Jorge Tejeda crossed the plate.

Pablo Mendez added to the Eagles’ 11-hit attack with an RBI single in the first inning, and lead-off hitter Danny Cruz scored a run in the third inning before adding a fourth-inning single.

Southwest takes on Columbus in a regional semifinal game next Tuesday. The Eagles have won all three meetings with the Explorers this season.

Killian (17-9-1), No. 8 in the Miami-Dade Power Rankings, had defeated Southwest by a 4-1 margin during the season but ran into a buzz saw on Wednesday. 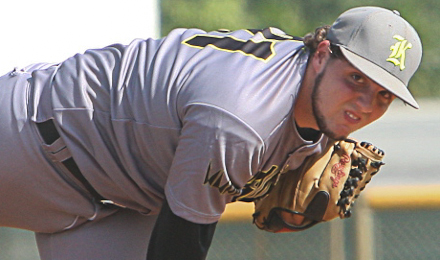 It wasn’t the ending Herrera was hoping for his team.

“I’m happy, it was a good season, but it wasn’t good enough. And we’re going to work to make sure next year is good enough.”

It also wasn’t the kind of ending Ozuna was hoping for in his final game at Killian.

“We really didn’t end the way we wanted to,” Ozuna said. “I don’t have any regrets, though, it was a very fun season and I love my teammates.”

“He had a great, great senior year for us,” Herrera said. “Did everything asked of him. I certainly am going to miss him. He was very professional in the way he went about his business for us. We’re going to miss him next year, but we’re certainly excited about the future of our program.”