Killian Blanks Palmetto In 9A-16 Showdown 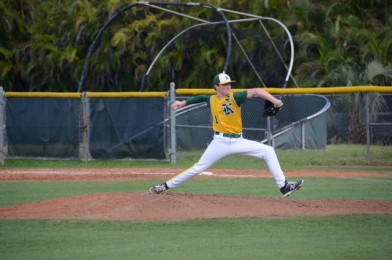 Ryan Floyd got the win for the Cougars, allowing no runs.

A win was exactly what Killian needed after dropping two games last week. They got just that beating district rival Palmetto 7-0. Cougars manager Angel Herrera is happy with the way his team came out and showed life on Tuesday.

“I saw mental strength and the ability to move forward,” said Herrera. “We had a tough week last week so we took it as a learning experience. I’m happy with the way they came out and played today.”

The Cougars got on the scoreboard early in the first when Eddy Arteaga drove one to deep into left for a double to drive in Freddy Zamora, who had double to start the inning off.

“I was looking for something away but he missed in so I took advantage and turned on it and hit it well,” said Arteaga.

Killian came back strong in the bottom half of the fourth when Gabe Garcia began things with a single and was then able to steal second and advance to third on an error. Kyle Kyrtausch then stepped up and delivered with an RBI double to left. 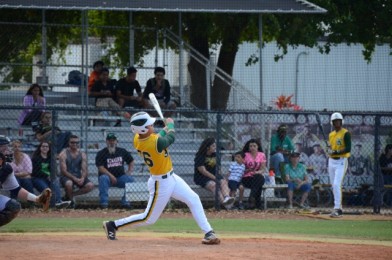 Kyle Krtausch delivered an RBI double in the fourth.

The fifth and sixth were big innings for the Cougars, where they scored a total of five runs. Gabe Garcia scored Chris Garcia in the fifth with a double to left. Gabe Garcia and Alejandro Mosquera then scored the final two runs of the inning due to an infield error.

Eddy Arteaga came up clutch in the sixth when he drove one down the left field line for a triple, driving in Chris Garcia and Kevin Castillo, who had gotten on thanks to a single and double.

Palmetto did show some life in some of the innings. Aramis Toledo delivered a double in the third, Keaton Zargham shot one up the middle for a base hit in the sixth, but Killian’s pitching kept them in check the whole game.

“I was just working on staying on top of the ball and getting the first out of every inning,” said starting pitcher Ryan Floyd.

Panthers manager Danny Smith was very disappointed in the loss and hopes that his team can learn from this.

“We need to toughen up and we need to understand that we are slumping and we need to just play the game and not try to do too much,” said Smith. “We must swing hard and simply try to hit the ball hard.”