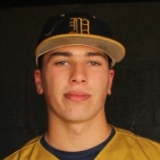 Christian Torres delivered a strong start to go the distance on the mound and lead Miami Senior past rival Coral Gables 6-5, in a 9A-14 district semifinal at Flamingo Park in Miami Beach on Monday afternoon. Miami advances to its third straight district championship, which will be played Wednesday at Flamingo Park against the winner of Miami Beach and Coral Park.

Making just his third start of the season, Torres allowed one earned run on eight hits and three walks, and he struck out three to improve to 3-1 on the year. Torres had not started a game since February 25th due to arm trouble that removed him from that contest after just two innings. The minor injury kept him off the mound for nearly three weeks.

Since then the senior and University of Maryland signee was only closing games and working on a strict pitch limit, but had earned four saves down the stretch.

“Christian pitched a heck of a game, and it was a surprise start for everyone,” Miami manager Frank Suarez said. “He knew two weeks ago when I told him to get ready, but none of my other players knew. They have a lot of friends at Coral Gables and I didn’t want anybody to talk. He was doing really good closing but I decided this was his game today and he did really good.”

The Stingarees (12-11) scored all of their runs in the second inning to take a strong lead in support of their starter. Catcher Oney Pino was hit by a pitch and then gave way to courtesy-runner Gamaliel Rivas, Jordan Ibarra walked and then Javier Alvarez got Miami on the board with an RBI single. Yiovanni Matias followed with an RBI single and Manny Garcia plated a runner the hard way by getting hit by a pitch with the bases loaded.

Torres backed himself by adding an RBI single and Gus Miranda reached on an error to add another run. Garcia came in on a wild pitch to cap the big, six-run frame. 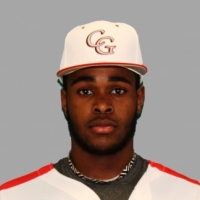 Elijah Eusebio was 2-for-2 with a double and a home run.

The Cavaliers (10-13) answered back to get the offense rolling in the fourth, as Brian Garcia had an RBI single to drive in Kris Soto and David Webel reached on an error that scored Daniel Enriquez and Garcia. Elijah Eusebio brought Coral Gables closer with a solo home run in the fifth, and Enriquez crossed the plate thanks to an RBI groundout from Gerardo Rodriguez to pull within one run.

In the bottom of the sixth the Cavaliers put runners on the corners for Eusebio, who was 2-for-2 with a double up to that point. Suarez elected to intentionally walk the power hitter, loading the bases and moving the go-ahead run into scoring position. The next batter hit a ground ball to third base and the fielder threw home to get the force out at the plate, and the following batter flew out to quell the threat.

“I think that was the turning point of the game,” Suarez admitted. “If I would have let Eusebio hit they probably would have come back and scored on us. It was a really good game.”