Pace Advances To District Finals With Win Over St. Brendan 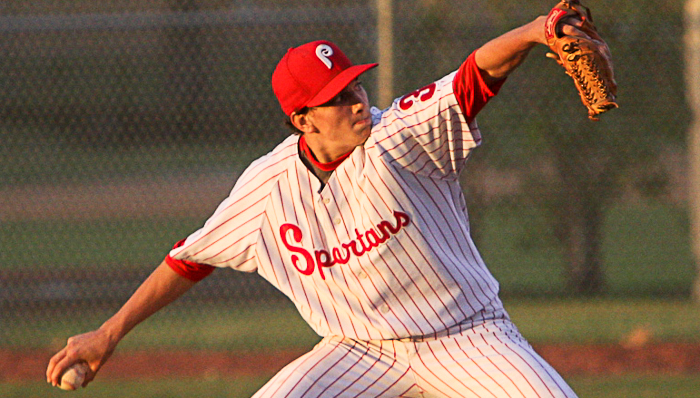 Monsignor Pace got three solo home runs in the first inning and Spartans pitcher Chris Rodriguez threw a complete-game shutout in a 5-0 victory over St. Brendan at home Tuesday in a district semifinal.

The Spartans advance to Wednesday’s 5A-15 finals against Mater Lakes. The Bears were 6-3 winners over LaSalle in the first semifinal game on Tuesday.

Pace (22-4), the top-ranked team in the Miami-Dade Power Rankings, got a lead-off homer from Jonathan Reyes-Diaz. Later in the first inning it added back-to-back homers from Andres Sanchez and Justin Ledesma to give Rodriguez all the run-support he needed.

Ledesma followed his home run with a sacrifice bunt later in the game.

“I just go out there and do my job, help my team any way possible,” said Ledesma. “It was a 3-2 count and I knew he didn’t want to walk me, so he threw me a fastball down the middle. I just saw it good and I drove it.”

And while his sacrifice bunt led to a fifth-inning run, Ledesma said he was looking for more from his bunt.

“I tried beating it out but I left the wheels at home,” he said.

Rodriguez struck out 10 and did not walk any, although he did hit a batter. He scattered six hits, all singles. St. Brendan (7-13) got two hits from its leadoff hitter, Michael Torrente.

“He was getting some pitches up,” Pace Manager Tom Duffin said. “Normally he’s down in the zone. Give credit to St. Brendan; they weren’t backing down. They were swinging, making good contact. But he’s tough. He’s a tough kid to hit; his ball moves a lot. All we had to do was get him some runs and we jumped on them early. From there he pitched comfortably.”

Rodriguez said the victory was a team effort. 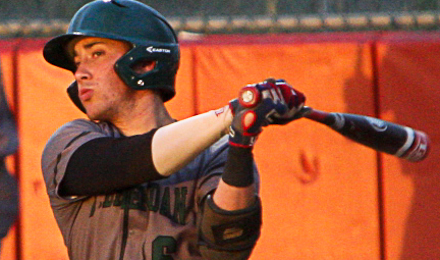 Rodriguez said he was a little extra pumped up for the district tournament semifinals game.

“I felt great,” Rodriguez said. “My arm felt alive. It is so energizing going out there for such an important game, and having your brothers out there backing you up. It’s unbelievable, I can’t express it. My fastball was a little up but I started getting it down. My cutter was doing what it was supposed to do and my curveball for two-strike counts was working well. And my two-seam in the beginning of the game was going.”

Pace collected nine hits total but only Brian Diaz had a multiple-hit game. The junior outfielder delivered an RBI single in the fourth inning, driving home Brandon Cruz, who walked, and added another single in the sixth.

Jonathan Ledesma also added an RBI on a fifth-inning sacrifice fly, plating Jorge Arenas, who opened the inning with a walk.

It was a bittersweet ending to the season for St. Brendan, which earlier in the season lost to Pace despite not allowing the Spartans a single hit in the game.

“Kind of disappointed in the season; we lost tough games,” St. Brendan Manager Tito Rodriguez said. “Not hitting with men on base. That was the key. But I had a bunch of good kids. I’m sad, but I’m happy. We did the job, we finished. We came to the (district) semifinals game. We tried our best.”

Coach Rodriguez praised his senior leaders who played their final games for the Sabres. But the Sabres ran into a buzzsaw on Tuesday.

“That guy could be in the draft, 93, 94 miles per hour all night, throwing strikes,” Rodriguez said of Pace’s hard-thrower. “Good pitching wins in high school baseball.”