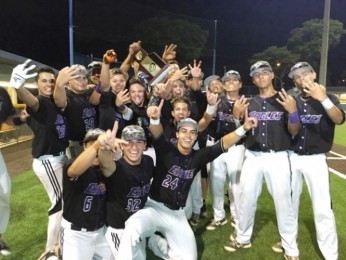 The Eagles are district champs.

Baseball has a funny way of capturing the top moments in the sport in a way that seems fitting of a Hollywood movie. Of all the major American sports, none do the big moment better that baseball. That was proven to be true again on Thursday night.

Although Southwest came in as the top seed in 9A-15, it is hard to be considered a favorite when facing a defending state champion. That was the task handed to the Eagles in their championship game against Columbus. Also playing against the Eagles was the fact the game was being played on the Explorers’ home field.

Oh, and there was that small story line of longtime Southwest Manager Josy Torres, who is relinquishing his duties as manager at the end of the season. After 14 years of coaching high school baseball Torres plans to pursue other opportunities and spend more time with his family.

So naturally, the Southwest players decided to extend Torres’ career a few more games earlier this week. Then on Thursday they delivered Torres his first district title while managing the Eagles, with a 4-3 win over Columbus.

“This really means the world to me to get my first district title in my last year,” said Torres.

The game was a battle of wills early on. Enrique Aparicio and Dominick Diaz exchanged zeroes through the first four innings.

In the fifth, the Explorers finally broke through. JC Carilla walked to open the inning, then moved to second on a ground out. After Hernen Sardinas was hit by a pitch, Gabe Rivera delivered the first big blow of the game, a triple to left, scoring Carilla and Sardinas.

The score remained 2-0 Columbus into the sixth. Jorge Tejeda led off the Eagles’ sixth with a single, followed by a Jason Grana walk. Pablo Mendez was then hit by a pitch, loading the bases with nobody out. Lewis Romero met Explorers relief pitcher Jose Machado with a base hit, cutting the lead to 2-1. When Brett Mantrana reached on a fielder’s choice, Grana scored, tying the game at two. 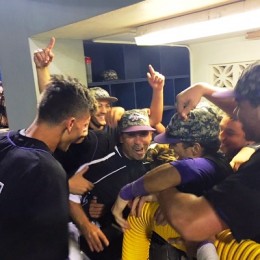 With nobody scoring in the seventh, and a district title in sight, Southwest went to ace Grana for the eighth inning. After working around a walk in the eighth. Grana ran into a jam in the ninth, with Danny Bello eventually driving in courtesy-runner Anthony Fernandez.

In their half of the ninth, the Eagles tied the game with one out. Then, in dramatic fashion, Romero delivered again, singling up the middle, scoring Tejada and sending the Eagles’ faithful into delirium.

“I just can’t say enough about the character these guys showed coming back twice,” said Torres.

This was the first time ever that Southwest has defeated Columbus three times in a season.

Furthermore, the win by Southwest not only gives it the district title, but it sets up a rematch from an early-season tilt with Killian, who beat the Eagles 4-1 in February. The difference this time is the Eagles will be at home, and will have their ace, Grana, on the mound.

The Columbus loss will set up a runner-up match with South Dade. The Explorers lost to the Buccaneers in March, and then defeated them at home in April.