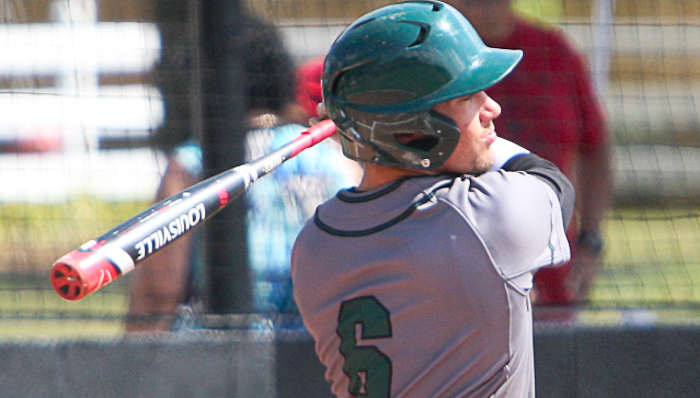 Ryan Hernandez homered and doubled in the Sabres’ 11-4 win on Thursday.

St. Brendan leadoff hitter Michael Torrente drove in seven runs and the Sabres ran past host Miami Christian 11-4 in a non-district game Thursday afternoon. Torrente tripled and singled, and also drove in runs with a sacrifice fly and was hit by a pitch with the bases loaded.

“I was hitting good at practice yesterday, so I just took it to the game,” said Torrente, usually the one being driven in. He reversed roles on a hot afternoon. “I did the unnatural today.”

Torrente’s two-run triple tied the game 2-2 by scoring Michael Perez (2-for-2) and Bryan Castillo in the second inning. His sacrifice in the fourth inning plated Perez, broke a 3-3 tie and gave the Sabres (7-8) the lead for good.

But he wasn’t finished. Torrente delivered a two-run single to highlight a four-run fifth inning, as the Sabres pulled away with an 8-3 lead.

“He’s been getting on base,” said St. Brendan manager Tito Rodriguez. “He’s doing a great job as the leadoff guy. He can hit.”

St. Brendan tacked on three more runs in the sixth, sparked by a solo home run from senior catcher Ryan Hernandez. Hernandez was 2-for-3 with two walks to collect two of the Sabres’ 11 hits.

“We can hit,” Rodriguez said. “The problem that we have is men in scoring position. That’s a problem we’ve had the whole season. Finally today we find a way to bring guys home. They practice hard, they love to hit. We do situational hitting almost every day. We can hit. If we get better with people in scoring position we’re going to be good.” 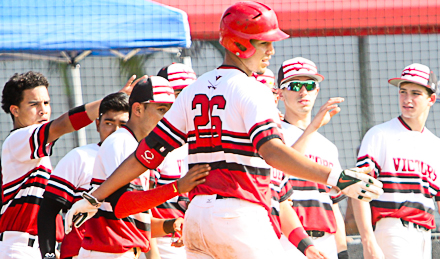 St. Brendan third baseman Luis Lamarche was exhausted after the game, with good reason. He was on base four of five times to the plate, going 2-for-3, stealing two bases and scoring three runs.

“I’m really tired,” said Lamarche, one of four Sabres players with a multiple-hit game. “I saw the ball good today. So I just waited back. My approach was all the way today.”

Miami Christian (8-6) was led by senior power-hitter Orlando Ribalta, who belted his fifth and sixth home runs of the season in back-to-back plate appearances. Both were solo blasts. His first of the game, a towering bomb to left field, tied the contest at 3-3 in the third inning. He followed that with a fifth-inning shot to the opposite field.

They were two of the Victors’ five hits against five St. Brendan pitchers.

Miami Christian held the early lead, scoring two first-inning runs without the benefit of a base hit. Luis Rodriguez and Sebastian Dayoub opened the inning with walks and eventually scored on an error.

But St. Brendan quickly caught up and ultimately passed their hosts. Sophomore Gabriel Garrido picked up the win in relief.