University Downs Hialeah Educational 4-1 In 4A-7 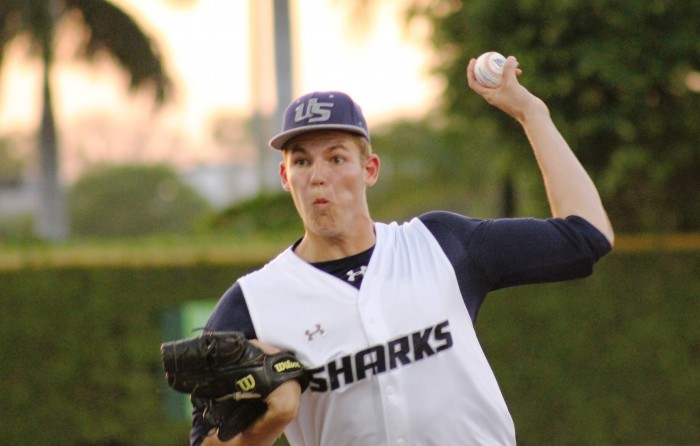 Jack Schmidt struck out eight in six solid innings to earn the win.

Schmidt went six full innings on 84 total pitches and recorded eight strikeouts, while allowing five hits and two walks. The big southpaw had his fastball working and attacked the Bulldogs with ferocity to push the Suns (20-7) into a semifinal meeting with SLAM Academy on Thursday afternoon.

“We have had great pitching all year with Schmidt and Buddy Hayward and Scott Gutstein working out of the pen,” University manager Dan Rovetto said. “It has helped carry us to where we are today. From the program’s perspective, we have accomplished a 20-win season, which ties the school record. We have more to go, but it’s a great thing to be a part of with the quality kids I have with me daily.”

Gutstein was again called into action on Tuesday, pitching a perfect 1-2-3 seventh inning to preserve the win and earn his first save of the year. 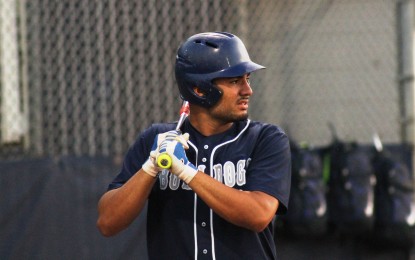 Ray Mendez had a solo home run for the Bulldogs.

University got on the scoreboard with the deciding runs in the bottom of the second. Kyle Oren got it going with a single to center field, and then advanced to third on a throwing error. Josh Laprest immediately pushed Oren in for the first run of the contest with an RBI single. Andrew Grinberg was hit by a pitch and Schmidt followed with a fielder’s choice that put runners on the corners. A fielder’s choice off Jonathan Miller’s bat plated Laprest to put the Suns up 2-0.

An inning later catcher Jake Pfundstein walked and gave way to courtesy-runner Sammy Guillorme, who scored to add to the lead. Pfundstein singled with two outs in the fifth and came home thanks to a sac-fly RBI from Oren to go up 4-0.

Ray Mendez connected for a solo home run, his sixth of the season, to put the Bulldogs (13-13) on the board and avoid the shutout in the sixth. He finished 2-for-3 on the night.