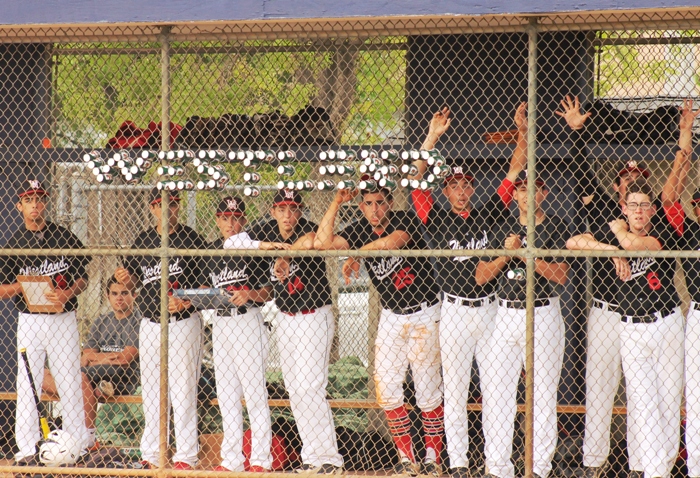 Both on the field and in the dugout the Wildcats played their part on Thursday.

No matter how it happens, winning a district championship is an incredible moment that every team yearns for. Yet to win a title in a game like the one played at Reagan High on Thursday afternoon is what any true baseball loyalist can hope and dream for. Westland Hialeah earned its first district title by holding off rival Mater Academy 2-1 in the 8A-16 championship, prevailing in a game full of passion and heart that rings true to the very core as to why any young child ever picks up a baseball glove or a baseball bat.

Both sides played their hearts out, including the two starting pitchers that both went the distance with amazing mound performances. Every player both on the field and in the dugout was vocally passionate, animated and positive, and for those few brief hours it seemed that the entire world existed only on that baseball diamond and the surrounding spectator areas. In short, it was baseball at its finest.

Wildcats manager Jose Alvarez could not have been more proud of his team in how they played and how that led them to this big victory. The victory gives Westland great momentum heading into the regional playoffs, where it will host Cooper City next week.

“They have been battle-tested all year and we put them in the HSBN March Madness tournament for that reason, and they played a lot of tough competition,” Alvarez said. “Again today was tough competition and they rose to the occasion. They are resilient. We scraped a couple of runs out and then our horse went to work. He was outstanding today. He gave up one early, but after that he quieted their bats real quick. He had an excellent outing today.”

Leading the way for Westland Hialeah (18-9) was ace Giovanni Arriera, who overcame a shaky start to baffle the Lions and earn his first complete-game victory of the season and fifth win overall. The right-hander was still popping the mitt in the final inning, and after settling in during the second he was low and in the zone the rest of the way. Arriera scattered four hits and a walk while striking out 14 batters.

“I just went out there and did what my team expected me to do,” Arriera said. “I was determined to go all seven. I knew since the beginning of the game. The first inning I struggled a little bit, but then I came back and I knew what I had to do for my team. It was just the adrenaline.” 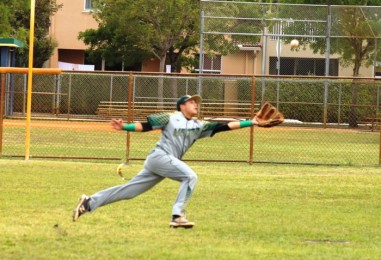 Mater Academy (11-12) rode a wave of energy out of the gate to take the lead right away. Lewis Menendez led the game off with a single and then stole second. Tyler Perez worked a walk and both runners advanced on a wild pitch. Brandon Dudley got the ball on the ground to push Menendez home with a 6-3 RBI groundout.

“That mound the first inning was a little hard and I wasn’t used to it,” Arriera admitted. “But I have pitched on this mound plenty of times before. After that I just settled in. That first inning I let up a run, but I knew my team was going to come back for me and as soon as I got the two runs I knew I had to go out there for them to support them.”

Arriera did just that, setting down 13 straight batters before Lions shortstop Raynel Delgado lined a single into left field in the fifth. Mater threatened only one more time, when Perez singled up the middle and Alex Rodriguez lined a single into left field with one out in the sixth. Arriera struck the next two batters out swinging to quell that threat, before ending the game by striking out the side swinging in the seventh.

Westland answered back for its only runs in the bottom of the second. Michael Uz singled to right field and advanced to second when right fielder Richie Alfonso made a spectacular catch on a foul ball that carried him off the field of play to allow Uz to tag and advance. Emmanuel Rodriguez singled to center field and then stole second base uncontested. Luis Jose followed with an RBI single past third base and Ronel Rodriguez then reached on an error that allowed Emmanuel to tally the deciding run.

“It was a good, hard-fought game by both teams. My hat’s off to Gio; he threw great,” Mater manager Mike DiRosa said. “That is the best I’ve seen him throw, and you can’t win a game if you punch out fourteen times. My pitcher matched him pitch-for-pitch and the two runs that they got, if we make just one of those plays possibly we’re going extra-innings or whatever it is. But I can’t take anything away from their team; they played clean baseball and their pitcher was on point today.” 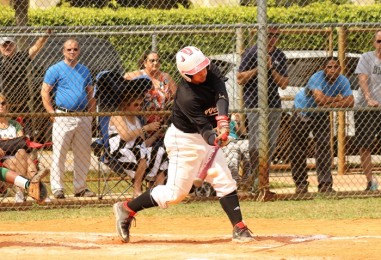 Mater’s pitcher was also on point. Sophomore Dayran Lopez delivered a complete game as well, allowing one earned run on six hits and a walk while striking out six. In his first varsity season, it was clear that the right-hander turned a corner on a day when his team needed him the most.

The Lions will travel to play Nova in the regional playoffs, and the team is eager to take the field again and erase the sting from Thursday’s loss.

“What I told them that they need to take away from this is simple; you need to let it hurt for tonight,” DiRosa said. “In playoff baseball you can’t make errors or you lose games. Two years ago we capitalized on errors to go to states and we won a state title because of an error. When you get to this point in time everybody is good and everyone is going to give you their best. It is the team that can play the cleanest baseball, the most fundamentally-sound baseball, that is going to win.”