Columbus Loses Tight Battle With Douglas In 9A Final 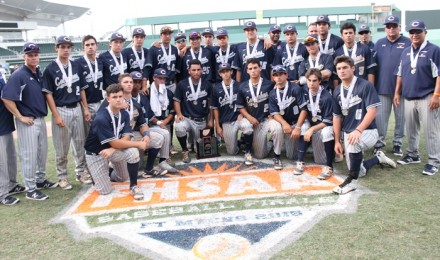 The Columbus Explorers are accustomed to playing close, low-scoring games. The team has made their living in such types of games all season long, and their ability to find ways to win those games helped lead them back to the state championship game for the second straight season.

Saturday afternoon the club found itself on the wrong end of just such a game in the Class 9A state championship against Douglas, falling 3-0 at jetBlue Park in Fort Myers.

After both team’s starting pitchers put up five scoreless innings, the Eagles got some offense going to tally all of their runs in the bottom of the sixth inning to lead them to victory. Chad McDaniel led off with a single and John McKenna followed with a single, moving designated runner Joseph Bullion to third. After a flyout, McKenna stole second, setting up Kyle Shay for the biggest hit of the day. Shay hit a two-strike base hit through the left side of the infield, scoring Bullion with the deciding run.

Columbus (21-10) came into the contest as the defending state champions, after winning the 8A state title a season ago. But the team’s quest for a second straight state crown fell short as instead Douglas celebrated its first state championship in program history.

“I thought it was a hard-fought game all around,” Columbus manager Joe Weber said. “We made some plays defensively that kept us around, especially in the first inning. We didn’t get a clutch hit when we needed one, and to be honest we only got three hits on the day. It’s hard to win with that.”

The Explorers had few scoring chances against Eagles starter Brady Norris, who went the distance to earn the victory. Norris surrendered just three hits and two walks over his seven innings of work, while picking up four strikeouts. 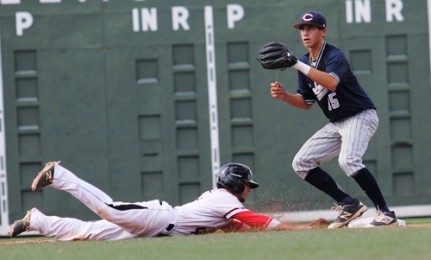 Columbus countered with right-hander Dominick Diaz, who took his team into the sixth inning before allowing any runs to score against him. Diaz worked his way out of a few jams, thanks in large part to a defense that made some big plays behind them.

“I tried to pound the strike zone; that’s what I’m good at,” Diaz said. “I didn’t try to overpower guys and I looked for double plays and let my defense make plays.”

That defense was there to back Diaz all the way. The Explorers pulled off a nice 6-4 double play on a liner right at the shortstop after the Eagles got their first base runner on with a single in the bottom of the first, which seized the momentum right back to the Explorers side of the field.

The Douglas defense was equally effective, pulling off a double play to erase a scoring threat in the third and then getting a diving catch from the center fielder to end the fourth.

With so many new faces in the lineup this year, Columbus relied on its few experienced veterans to set the tone and lead the way all year. Since those players had experience playing in the state tournament last year, they embraced the chance to lead the new guys and set the tone.

“I was telling them that this is just a game,” senior Mikey Navarette said. “It’s a bigger field but it doesn’t mean anything. The game is at a higher level but you’ve got to stay calm, hit the ball and let the ball come to you.”