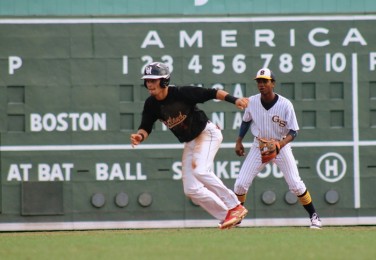 No Westland Hialeah program before it had ever accomplished the things that the 2016 team achieved. The Wildcats won their first district title, first regional playoff game and their first regional championship this season, and on Saturday they arrived at the state Final Four at Fort Myers’ jetBlue Park ready to seize their next goal.

Unfortunately they came on the wrong end of a tight and competitive ball game against Steinbrenner and fell 2-0 in a Class 8A state semifinal.

“It was very, very fun. Nobody in our school has ever done anything like this,” Wildcats manager Jose Alvarez said. “Half the kids didn’t know what was going on; they didn’t know what a regional game was or what a state game was or anything. When we started we had a goal to win districts and take it from there on. They wanted more and more, and we kept getting more and more.”

The Warriors came up against a team very much like themselves, one that was there at the state tournament for the first time thanks in large part to an ace on the mound in right-hander CJ Van Eyk.

Van Eyk held the Westland bats in check to earn the complete-game shutout victory, and the Warriors supplied just enough offense in support of their pitcher with a run in the bottom of the first inning and an insurance run in the fifth.

“We stranded a lot of base runners,” Alvarez said. “We had the opportunity to blow it open, especially early in the game with bases loaded. If we hit away it puts two or three up and it changes the whole game. Then they are chasing us and it is a completely different game. Our boys were aggressive the whole day, and we actually had six hits and we had guys on base the whole game. We just couldn’t scratch one through.”

All year long Westland has relied on senior ace Giovanni Arriera to carry the team through big games. The right-hander has embodied that role both on the mound as a dominant force that is very difficult to hit, as well as off the field as a leader that unifies the club. Saturday morning Arriera again got the call and delivered with a strong outing in going five full innings and allowing just two hits and three walks. 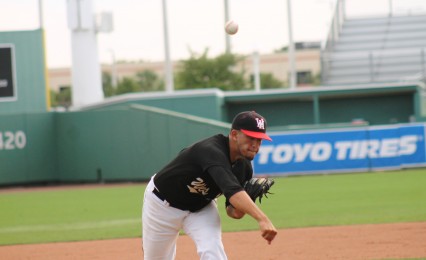 “It was a great season, but obviously not how we wanted it to end,” Arriera said. “We got here, and obviously we wanted the ring and wanted that feeling as seniors. But I leave here on a good note and it’s hard, because this is your last high school game. We made it here and it feels good, but it’s still a loss in a playoff game.”

As important as Arriera has been on the bump, fellow senior Bryan Lavastida has meant the same thing to the offense. The second baseman has supplied key hits all season long, and in his final high school at bat Lavastida did it again.

Down to their final out in the top of the seventh, Ronel Rodriguez reached on an error to bring Lavastida to the plate representing the tying run. With a 3-1 count, he connected on a shot that soared high and deep down the left field line to clang high off the Green Monster for a double that nearly went for a two-run home run.

“I think everybody in the ball park thought that one was gone,” Alvarez said. “The ground rules were told and it had to get completely over the wall for it to be a home run.”

When the game ended to summarily end the team’s season, it marked the end of Arriera and Lavastida’s Wildcat careers. The two players have led the team and the senior class, and now the time has come to pass that torch on to the next leaders in line.

“I can’t say enough about the time that they put into our season, the effort they put into the season and the leadership they had on my team. These two guys will be irreplaceable,” Alvarez said.