Florida Christian Upends Coral Gables In Game Of The Week 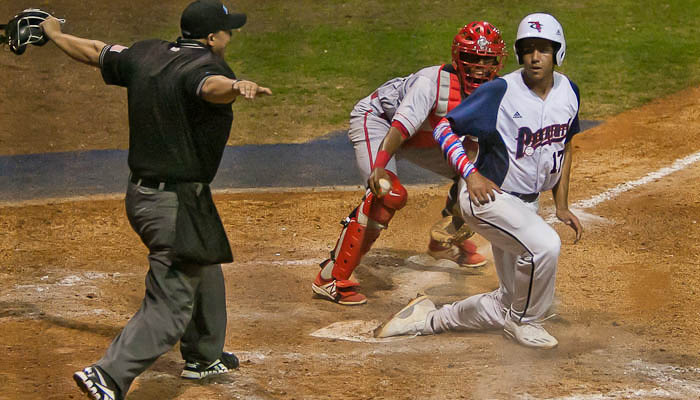 Florida Christian’s Kristian Soto is safe at the plate in Friday’s 17-7 win over Coral Gables.

Tournament host Florida Christian batted around in each of the first two innings and rolled past Coral Gables, 17-7, Friday night in the first HSBN Game of the Week for the 2017 season.

The Patriots scored 14 runs over those first two innings and would have made shorter work of the visiting Cavaliers if not for a second-inning grand slam by Brian Garcia that sliced the Patriots’ lead to 6-4.

But Florida Christian put the game out of reach with an eight-run second inning.

“We were able to bounce back every time,” said Patriots head coach Chris Brigman. “Our pitching is young, but we were able to do a lot of little things.”

The Adidas Diamond Classic wraps up on Friday.

The top of the order did a large part of the damage for Florida Christian. Jimmy Heyworth and Kristian Soto, the No.s 2 and 3 hitters in the lineup each scored three times and were on base four times apiece. Soto highlighted the first-inning barrage with an RBI-double. 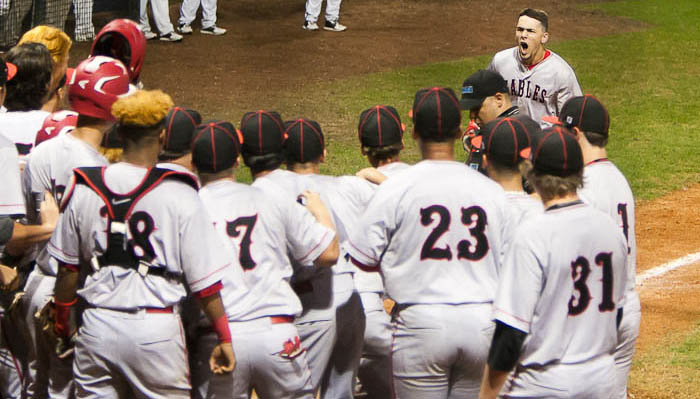 Coral Gables’ Brian Garcia heads for home after hitting a grand slam on Friday in the Cavaliers’ 17-7 loss to tournament hosts Florida Christian.

Nick Del Prado joined in the merry-go-round, walking twice and scoring both times, and Patrick Chen Se ripped a first-inning two-run double and scored a run in the second inning.

Sabastian Lopez sparked the second-inning explosion with a two-run double, and Jason Gonzalez also drove in a run with a single. Giancarlo Gonzalez added a single and scored a run.

“It’s a game we’ll put behind us,” said Cavaliers head coach Phillip Wisser. “The grand slam put us back in the game, but we didn’t play very well aside from that.”