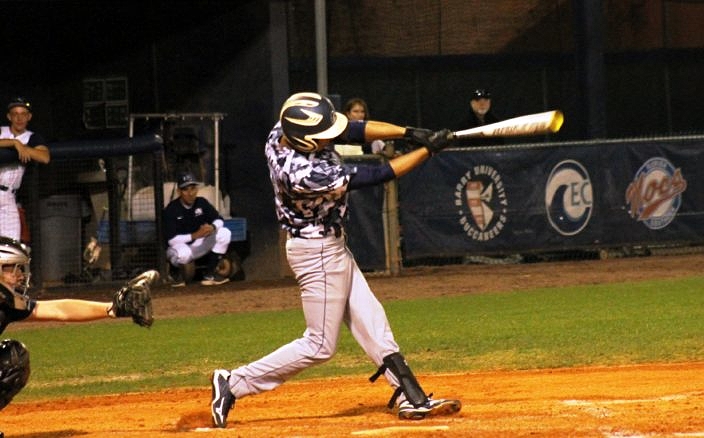 Baseball can be a very funny game at times. Over the course of Thursday night’s road contest against University School at Nova Southeastern University, Alonzo T. Mourning encountered a myriad of ups-and-downs. Despite some mistakes, the players recovered and fought out of jams. Then the team played clean baseball at the finish, only to see the victory slip away as host University walked off with a 4-3 comeback victory.

With Josh Laprest on second base after tying the game with an RBI single, University’s Jake Pfundstein lined a single past first base to allow Laprest to race around third and slide across the plate for the winning run. While the team does not suit up for moral boosts, Mourning manager Edwin Bonilla was encouraged with what he has seen so far out of the gate for a team that came close to opening the year with two straight victories.

“We dominated the whole game, but you know that in high school baseball those last three to six outs are very important outs,” Bonilla said. “We got four of them, but we fell short and they were able to walk us off in the end. It was definitely an emotional game.”

Mourning (1-1) burst out of the chute to grab a 2-0 lead in the top of the first inning. Jose Marquez was hit by a pitch and Patrick Romallo followed with a slow roller that got through up the middle. Jim Varona followed with a slow infield roller that advanced the runners on the 6-3 putout, and Fabian Ortega got them on the scoreboard with a liner back off the pitcher’s glove for an RBI single. Romallo later came in on an infield error.

University answered back with a run in each of the next two frames to tie the game back up. 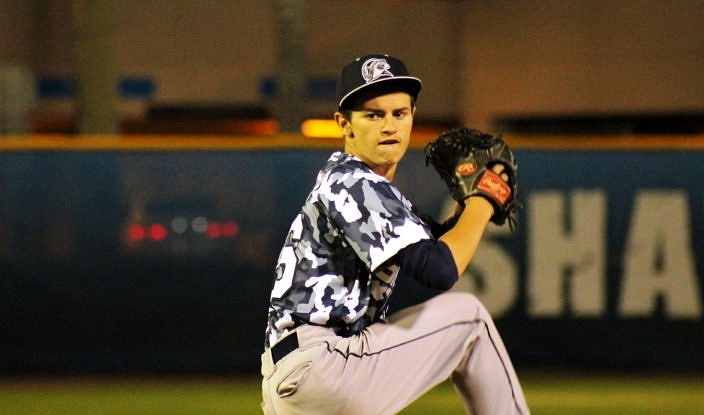 Ryan Magliaro went four-and-two-third innings on 86 total pitches in his first start of the season.

Mourning responded again to regain the lead with excellent fundamental execution. Romallo worked a lead-off walk and then stole second base on a nice jump and slide to the outside of the bag ahead of the catcher’s throw. Varona got another ground ball that moved him to third base, and Ortega drove Romallo in on a 6-3 RBI groundout.

On the mound the club received a solid start from newcomer Ryan Magliaro, who moved to the area from Manhattan, New York. The junior left-hander went nearly five full innings and held University to one earned run on two hits. Despite issuing seven walks, Magliaro and his teammates were able to keep the damage to a minimum.

It was a nice road challenge so early in the year, and Bonilla was pleased with how his team responded.

“They are under the lights and giving them a chance to play on a good collegiate field is definitely a plus,” Bonilla said. “On the plus, we had some injuries so we had to move some guys around and they played really well. Our lefty, Ryan, really impressed me a lot. He had a rough fall but he’s definitely done well for us in the preseason and now in this game.”