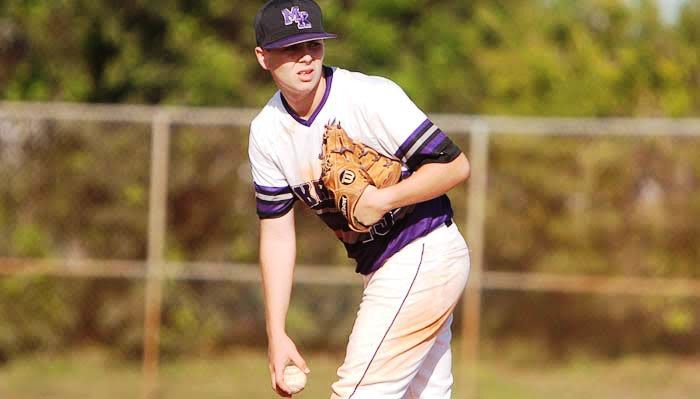 Lenny Bates earned the win in relief. At the plate, he also delivered three hits, drove in two runs and scored two more.

Nicholas DiMartino belted a three-run double to highlight an eight-run inning that lifted Dr. Krop and manager Paul Barrios to a 12-7 win over his former team, Miami Country Day, at home Monday in the HSBN Miami-Dade Game of the Week.

DiMartino went 3-for-4 with four RBIs and scored twice as the Lightning improved to 7-5 for the season. His bases-loaded double in the fourth inning erased a 5-4 deficit and gave the Lightning the lead for good.

Barrios said it was a little strange being on the other side of the field with his former team.

“I have so much respect for that school, a lot of respect for Chuck Sennett and those guys,” Barrios said. “Those guys are family. I saw those kids grow up. I remember those kids from the seventh grade. So really, if the game had ended up in a tie it would have been perfect.”

But there was no chance of that after the Lightning did damage in the fourth inning after two outs and nobody on base. Nine consecutive Lightning batters reached base, and all but one of them eventually crossed the plate.

Senior Lenny Bates also delivered a clutch two-run single in the inning. Bates collected three hits and scored two runs. He also came on in relief in the top half of the inning and recorded the final five outs to pick up the win.

“We definitely hit the ball today,” Bates said. “Everyone was seeing the ball pretty well today. We were getting ahead in the count and getting good looks.”

Bates said he has been itching to get on the mound all season long. It was his first outing of 2017, but definitely won’t be his last. He came out of the game in the sixth inning with cramps in his calf and hamstring. 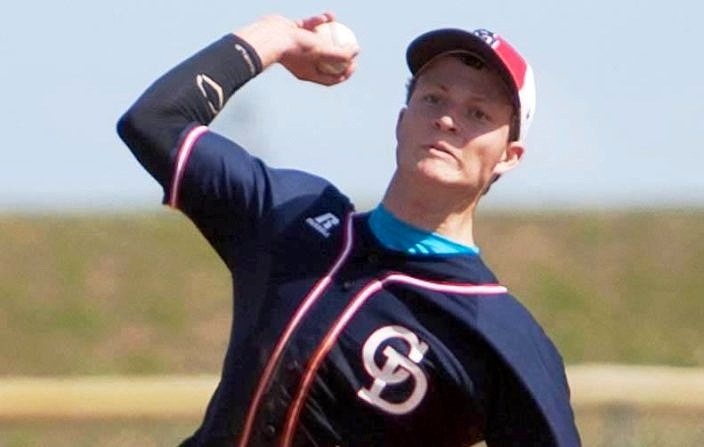 “Today I got the opportunity and had fun with it,” Bates said. “I’d been asking for it. I would just go back out there, un-cramp myself real quick, throw one pitch, cramp up again. I realized after the last pitch that it was time to bring in the closer. There was no reason to keep doing this.”

Miami Country Day (6-9) took a 2-0 lead in the first inning. Connor Goodman and Griffin Sennett, the Spartans’ top two batters in the lineup, opened the game with singles. The pair accounted for five of the Spartans’ nine hits. Goodman scored twice and Sennett scored a run and stole two bases.

The Spartans also held early leads of 3-1 after two innings, and 5-4 in the fourth.

At that point it appeared as though the Spartans just might pull the upset over their former manager and hand a big victory to their new manager. But despite the loss there was certainly no ill feelings on either side.

“Paul’s a great guy,” Spartans manager Chuck Sennett said. “Our kids love him. He’s been a big part of our program. And a lot of our kids know their kids. So it’s a fun game. It was great to see Paul and compete against him.”

The Lightning grabbed their first lead of the game, 4-3, with a three-run third inning. DiMartino singled home a run and Melvin Hatcher followed with an RBI-double, and the Lightning also scored on an error.

The Spartans briefly regained the lead with two runs in the top of the fourth inning. Jordan Sale singled and eventually scored on a wild pitch to tie the game before Andres Rodrigues drove in the go-ahead run with a single.

But the Lightning won it in their half of the fourth, making full use of five hits, two hit batsmen, a walk, and an error, to pull away. 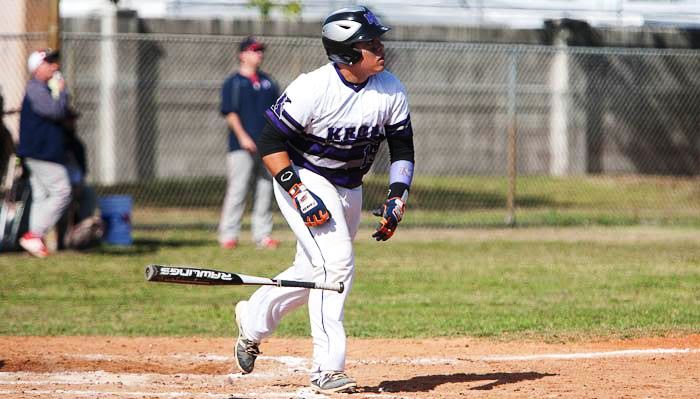 Carlos Su watches one of his two singles on Monday. The Lightning’s catcher reached base all four times.