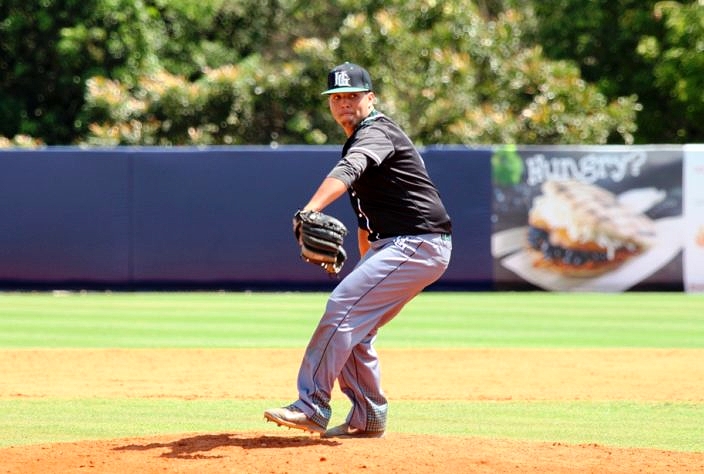 Seven Gladiators combined for the shutout victory. [Photos courtesy of Lights on Photography]

The opportunity to see what college baseball is like is not something that every high school kid gets the chance to experience. Monday morning the Hialeah Gardens and i-Mater baseball teams enjoyed a rare opportunity to compete on the college field at Florida International University. In front of a large audience of fans, the Gladiators won with a 6-0 shutout victory.

While the chance just to play in that setting was reward enough, it meant even more to the teams that many of their peers and classmates were also able to attend and enjoy the game too.

“It was a field trip, so both schools were able to take the kids out of the schools, and it was a nice event,” Hialeah Gardens manager Carlos Garcia said. “We took about 250 kids and i-Mater brought about 300 kids, so it was a nice environment with that many kids there for it. For us, it was a thrill.”

Both coaching staffs were aware of how much it meant to the guys, and most everyone got a chance to play. Gladiators starting pitcher Iroel Ruiz and Knights starter Angel Mediavilla both went the first two innings, and then both sides gave their guys a chance to throw off the college mound. In all 13 different pitchers were used.

Ruiz struck out a pair in his time on the mound, and Tommy Torres also struck out two in his inning of work. Mediavilla also recorded two strikeouts over two scoreless frames, and James Montoya followed with a scoreless third with two strikeouts as well. 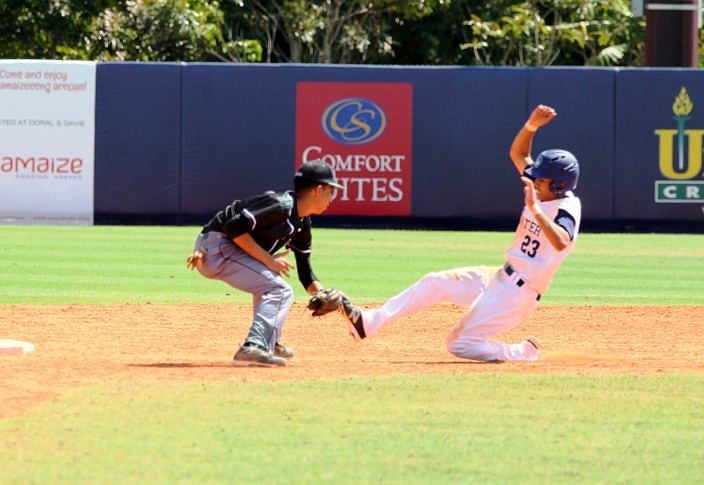 [Photos courtesy of Lights on Photography]

Hialeah Gardens got the scoring started with all the runs it needed in the fourth. Nathan Llanes doubled to right field and Levis Aguila scorched an RBI triple to center field for the winning run. Emmanuelle Iglesias followed with an RBI single to right that easily plated Aguila.

The Gladiators (4-5) added two more runs in each of the next two innings to pull away. The offense piled up 10 hits total and every starter reached base.

“It’s our second win in a row,” Garcia said. “We started off really bad this season and we were struggling. As of late we have finally woken up and started doing what we needed to do as a team. Before we couldn’t find those timely hits, but we beat a district opponent on Friday and took that momentum into this game.”

Manny Mollinedo helped spark the offense in the fifth, with a one-out double on a liner to center. Llanes then singled to center to score Mollinedo, and, after a wild pitch moved Llanes to third, Aguila collected his second RBI with a base hit to left field. Mollinedo added two more runs on a two-RBI double in the sixth.

The Knights (2-5) were not as successful at stringing hits together, with just four hits in all. Robert Moya led the way by going 1-for-3 with a double. i-Mater’s best scoring chance came in the second when Christian Vega and Jonathan Pacin both singled with two outs, before the Gladiators got a flyout to end the threat. 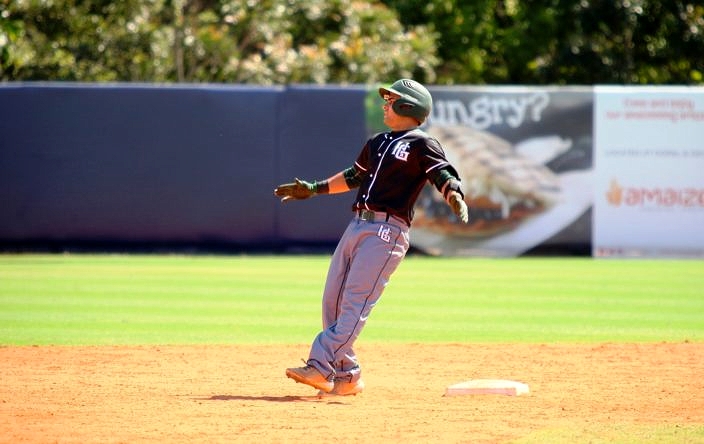 [Photos courtesy of Lights on Photography]