The Black Bracket is full of intrigue, with many teams capable of making a run for the tournament title. Last season already proved that with Coral Springs Charter and South Miami doing exactly that, and the defending champion Panthers have a rematch with the Cobras to open the bracket. Westland Hialeah and Dr. Krop enter as the top two seeds. Here is the rundown of the seeding for the Black bracket…

1. Westland Hialeah – The Wildcats have seen every team’s best this year following last season’s run to the state Final Four. Nearly every game Westland has played has come down to a run or two, which could be beneficial in tournament play. Pitching remains the team’s bread and butter, with hurlers Kevin Madera and Ogandys Diaz anchoring a deep pitching staff. Michael Uz and Emmanuel Rodriguez lead a deep batting order that is hitting .330 for the year.

2. Dr. Krop – The Lightning have won five of their last seven to put together a special season in manager Paul Barrios’ first season. The lineup is led by several veterans who have played all four varsity years and are now putting together their best seasons, such as Jason Girardi and Lenny Bates, as well as newcomers like Carlos Su and Melvin Hatcher. Dr. Krop is an energetic team hungry to prove itself in the Shootout, and will serve as a host team.

3. Keys Gate Charter – The Knights have put together a solid season so far, despite a recent skid. Keys Gate has a nice mix of talented veterans like Anthony Vargas, Jimmy Galvis and Christopher Rodriguez leading the way, and guys like Omar Baldo and Rey Hernandez have been particularly successful at driving runners in. The Knights are deep on the mound, with 10 different guys capable of taking the ball, which could be a big advantage in the tournament.

4. Mater Academy – The Lions come in as perhaps the most experienced team in the bracket, having competed all the way to the 2015 championship game while playing in the Gold Bracket the past two seasons. A deep run could be just what Mater needs to get the season turned around. Pitching depth could play a major role, as Joe Soto and Luis Gonzalez lead a pitching staff in which 10 different guys have been used this season. The offense has lacked its usual pop, but Raynel Delgado and Lewis Menendez have set a nice example in doing a little bit of everything.

5. TERRA Institute – The Wolves have bounced back from a shaky start to the season, and with ace Joe Sanchez leading the way TERRA is capable of earning its first opening-round victory in the Shootout. TERRA is no stranger to tough competition with the schedule it has played, and that experience should show. The Wolves will need to piece together enough offense to support the pitching staff, as it has struggled to score runs. Andre Perez and Daniel Labrador anchor the middle of the order.

6. Mater Lakes Academy – The Bears are not to be overlooked, as they have performed well in the Shootout the last two years. Mater Lakes has been a streaky team this season, which means if they get hot they could be tough to beat. The pitching has struggled but the offense has proven to be deep and dangerous, led by sluggers such as Jose Rojas, Adrian Perez, Rolando Leyva and Daniel Moreno. The Bears have been a tough team to knock out and this year figures to be no different.

7. Coral Springs Charter – The Panthers will look to replicate the same magic that they found in last year’s March Madness Shootout, when they stormed their way to the Black Bracket title. The offense will lean heavily on senior Robert Robinson to set the tone by getting on base and wrecking havoc to create scoring chances for the middle of the order, for guys like Mike Perugini to drive them in. T J Lopez is the anchor of the pitching staff and may pitch in the championship-game rematch with South Miami.

8. Southridge – The Spartans are coming off a tough stretch of district games in which the young team performed pretty well, and now that experience and improvement can manifest itself with a deep run in the bracket. The batters have hit nearly .300 as a unit, with Jose Tabares and Branden Abreu doing a lot of the damage. Pitching depth is also emerging, with starters Brandon Cabrera and Ronaldo Gallo setting the tone and relievers like Johnny Vazquez and Jean Alvarado closing things out.

9. Hialeah Educational Academy – The Shootout has always brought out the best in the Bulldogs, who have gone 5-3 against very tough competition the past two tournaments. Hialeah Educational is facing Southridge for the first time in program history, and will lean on heavy hitters like Raymond Mendez and Alexandro Bello to lead the way to the upset. Senior Erislandy Rives anchors the pitchers, and the right-hander has piled up 23 strikeouts in just 11 innings of work so far this season.

10. South Miami – The Cobras enter the tournament in almost the exact same position as last season, when they caught fire and made a run to the championship game. South Miami will look to turn its season around again the same way, and this time it can start with a title-game rematch with Coral Springs Charter. The offense has led the club, with guys like Kenneth Diaz and Hezaed Rodriguez setting the tone. Overall the lineup is deep and can do damage from any slot in the order.

11. South Plantation – The Paladins return to the Shootout with the same record as a year ago, but the big difference is in that it has been a tougher slate of games this season. The Paladins have taken care of business in their district to put themselves in good position, and a deep tourney run could be the perfect element to propel them to season’s end. The pitching staff has depth but has struggled, so hitters like Ivan Sola, Christopher Campi and Luis Morel have stepped up offensively to lead the way.

12. Stranahan – The Mighty Dragons are off to their best start in years and are competing in the March Madness Shootout for the first time. Stranahan is a longshot to win the title as a newcomer to tournament play, but also draws the lucky #12 seed that is notorious for pulling off upsets. The Dragons have developed some nice pitching depth with hurlers Janahys Camero, Andy Vargas and Chris Vaillant. Vargas has done a bit of everything for the club, while Mike McCoy and Jacob Chamblin have also swung big bats.

13. Northeast – The Hurricanes have turned things around after a bumpy start to the season as new manager Mike Goulette got things in place, and the team is currently on a five-game winning streak. The group has worked to develop an identity on the mound behind seniors Tylor Slanker and Miguel Contreras, while the offense is coming around with five guys hitting over .300 on the season. The Hurricanes challenge opposing catchers, with junior Edward Quezada leading the club with 11 stolen bases.

14. Reavis, IL – The Rams welcome the warm South Florida weather after coming from an Illinois hometown that has not provided great baseball weather yet this season. Reavis is led on the mound by senior right-handed pitcher Andrew Padilla, who signed with Webster University. Pitching depth could be helpful, as nearly every member of the team is capable of toeing the rubber. Senior Kyle Murnane leads the offense, and the school’s record holder for stole bases is a major threat once he reaches base. 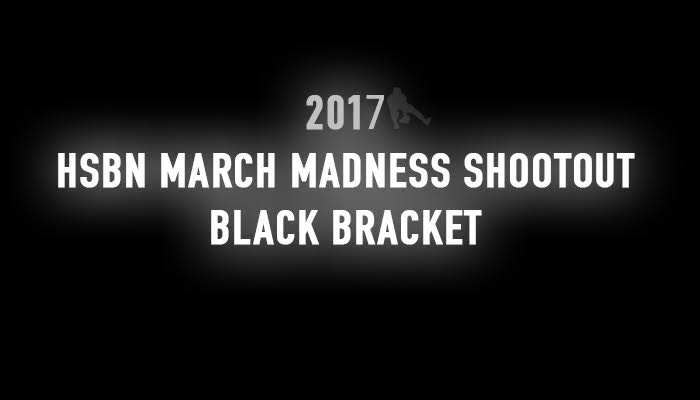