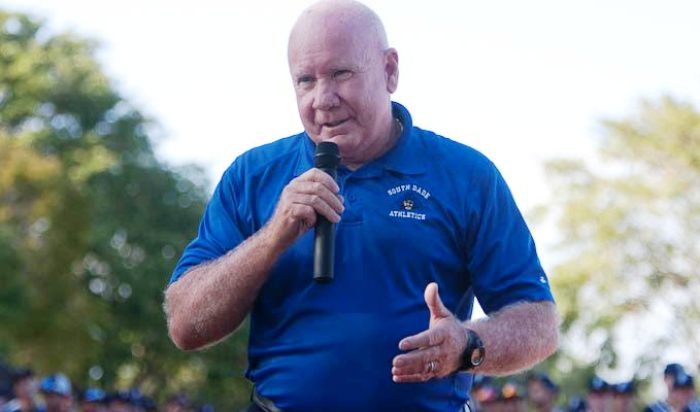 Nick Labrada delivered a two-run single and Matthew Turner made it stand up, throwing a complete game for undefeated and No. 1 Palmetto, in a 3-2 win over South Dade on Tuesday at Coral Reef Park. Long-time area coach Fred Burnside, a graduate of Palmetto High School, and state champion manager at South Dade was honored after the game.

“It was amazing,” Burnside said of the surprise ceremony, which included a heartfelt speech from Palmetto manager Danny Smith, many well wishes in Burnside’s retirement, as well as the presentation of fishing gear and a rocking chair. “This blew me away,” said Burnside, whose fondest memories are of the bonds that were formed through baseball. “Two years ago, when we won districts at Coral Reef, there was a guy waiting to see me in a three-piece suit. I thought maybe he was from the FBI or something. He walked up to me and said, ‘coach, you don’t remember me but you coached me in the early 70s. I live in New Jersey but I was down here on business and saw you were playing and I wanted to tell you how much you meant to me’. That’s what it’s all about. The wins are great, but it’s the relationships are what it’s about.”

Burnside’s longtime friend Red Berry, himself a legend in Miami area baseball, recalls how Burnside got his start as a scorekeeper back in 1965 for the American Legion team, which serviced Coral Park High School, where Berry was head coach at the time before eventually moving on as an assistant at the University of Miami and nearly 50 years as founder of Red Berry’s Baseball World.

It was fitting that the ceremony would follow a great high school baseball game. There were outstanding performances on both sides nonetheless, and the Panthers extended their win streak to 12, while improving to 8-0 in 9A-16. 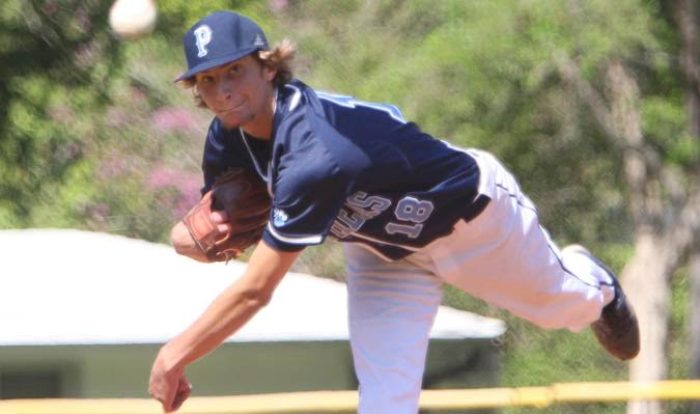 Palmetto pitcher Matthew Turner threw a complete game to pick up the win in the Panthers’ 3-2 victory over South Dade on Tuesday at Coral Reef Park.

“No team in the history of Palmetto has ever been 12-0,” Smith noted. “Everybody is gunning for you. Coach Burnside said to me yesterday, ‘Nobody ever though the Titanic would sink’, So I told my guys today, ‘Don’t be that sinking ship.’ They played hard. Even though they didn’t play very good. I tell them that if you play hard, I’m good with that, no matter what the outcome is.”

South Dade jumped on top 1-0 in the second inning when Buccaneers pitcher Yamil Chavarria reached on a fielder’s choice and eventually scored on a perfectly-executed squeeze bunt by Hasani Carit. Chavarria gutted out a complete-game performance for South Dade, which slipped to 7-6 overall and 2-5 in district play.

But the Buccaneers couldn’t take advantage of six Palmetto errors.

“It’s like I told the team, you’re going to have good days and bad days,” Smith said. “South Dade is well coached. They can swing the bats and they don’t make a lot of physical mistakes; they’re good athletes. If you’re going to be undefeated and teams are going to be coming after us like they are, we’re going to make mistakes. You’ve got to overcome those mistakes. There’s a maturity level that I expect, overcome the bad things and when you do that good things will happen for you. We made errors in the field and mental errors on the bases and still win the game.”

Palmetto tied it 1-1 in the third when Victor Valderrama drove in Alex Castanedo with a single, one of his two hits (2-for-3) in the game. The tie was broken an inning later with the clutch hit from Labrada, who said that pregame preparation was the key.

“We’ve been getting ready for this for a while,” Labrada said. “Countless hours of hitting and hitting and hitting. So when we step up to the plate, there’s no pressure, no worry. We trust the coaches and we trust what we do here. So when I’m hitting, there’s nothing going through my head except positive vibes. When you think like that and you’re really prepared for a team like this, that’s the outcome you’re going to get. And that’s with every single person on this team. Everybody’s always ready when their number is called.”

Labrada hit a two-strike fastball the other way for what proved to be the game-winning RBI. 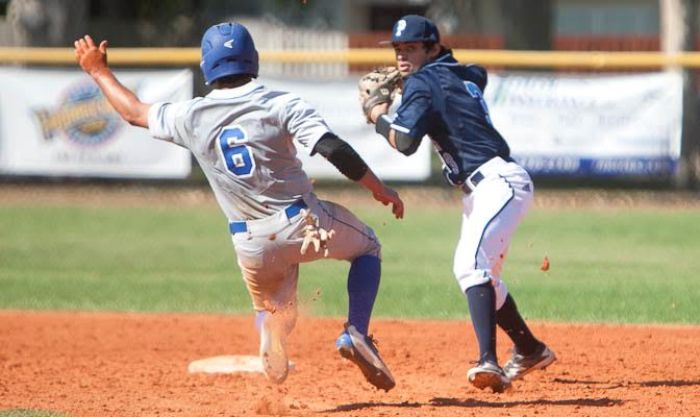 “I was sitting on fastball,” Labrada said. “He had me down two strikes. He threw me a fastball inside, which he threw in my previous at-bat, so I choked up and went the other way.”

South Dade made one final push in the sixth inning. Jose Zepeda doubled and scored on a single from Chavarria to make it a one-run game.

“We came out, our objective is to win every game,” said South Dade manager Rene Ruiz. “I don’t really look at who we’re playing. My guys, if we play good clean baseball we’re going to beat anyone. Most losses come from beating yourself. I thought we competed well. There were a couple of mistakes here and there. But really, we couldn’t capitalize on their mistakes and I guess that’s the biggest disappointment.”

Chavarria stole third but the Buccaneers’ potential tying run was stranded there. That’s because Turner reached back for something extra, getting his third and final strikeout of the game, before ending the rally by coaxing a ground out. He retired the Buccaneers in order in the seventh inning to close the door.

With scouts watching from Virginia, FIU, St. Thomas, and other schools, Turner gutted out a 90-pitch effort. He gave up just five hits and did not walk a batter. 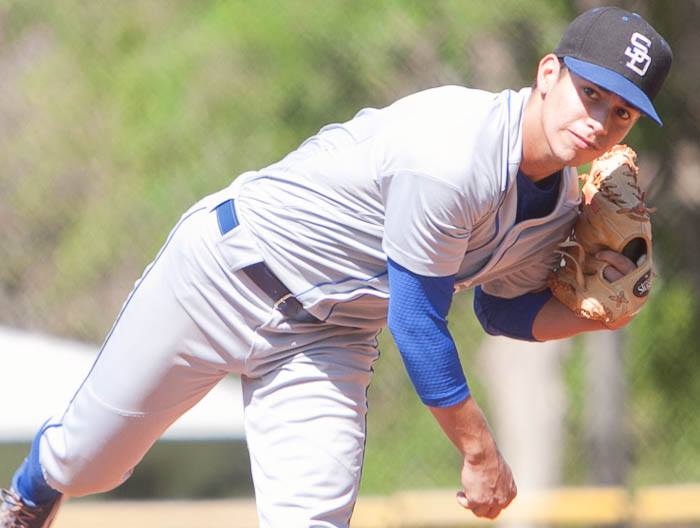 Yamil Chavarria made the start and went the distance for the Bucs.

Turner said he had command of all three pitches (fastball, slider, change) despite being extended by the pitch count.

“Yeah, usually I have about 12 per inning, so it was a little over my average,” Turner said. “I just had to work hard. They’re a good team.”

After the game, Ruiz said he was honored to be a part of the Burnside celebration.

“He deserves it,” Ruiz said. “I’m one of his disciples, I guess. I played for coach on that 2002 4A state champion Southridge team. And I’m blessed for the baseball education that I got. He’s a special one, no doubt about it.”