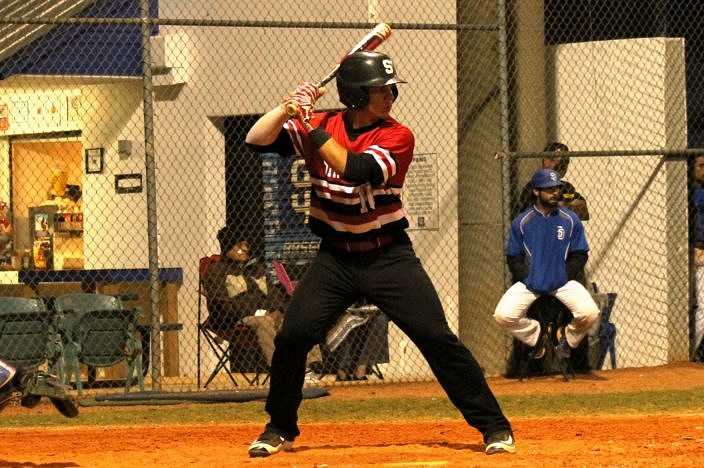 Jose Tabares was 3-for-4 with two RBIs to lead the Spartans’ offense.

The Southridge Spartans started off hot in Thursday’s district showdown at South Dade, and that heat never faltered as the Spartans slugged their way to an 11-5 victory over the host Bucs in the HSBN Miami-Dade Game of the Week. Southridge took a 6-0 lead after two innings and never looked back, as nearly every starter reached base.

The Spartans (4-5) advance into the third position in the district chase with a 2-2 record, holding a tiebreaker over the Bucs (6-3), who are also 2-2 in 9A-16. The two clubs will meet again in early April, when Southridge will serve as the hosts.

“I said at the beginning of the season that people can’t forget that we’re still here,” first-year Spartans manager Wayne Hendricks said. “We have a rich tradition and we have a lot of pride. These guys are young but they are very talented. We can win on any given day, and it was a great win today, I’ll tell you that.”

Southridge got right to work with its first swings, as Branden Abreu and Elijah Eusebe both reached on errors that got the Spartans on the board. Catcher Jose Tabares lined an RBI single into left field that plated Eusebe, and Henry Wallen reached on a fielder’s choice to keep things going. Raymond Gonzalez then followed with another base knock that scored courtesy-runner Giulianny Perera, who came in to run for Tabares.

The Spartans never trailed the rest of the way.

South Dade suffered its worst home defeat in nearly a decade, as the last time the home scoreboard so favored the visiting team was a loss to Gulliver Prep during the 2008 season. The club has lost two of the past three games and the Bucs had hoped to use the game as a springboard to get back on track.

“This game was important,” Ruiz said. “I am a Southridge grad and it was the first time as a head coach that I competed against them, and they also have a first-year coach. So there were a lot of reasons why we were excited about this game. It is unfortunate that our group came out a little flat. I’m going to ask my team to be prepared, because every game matters. Whether it’s a High School Baseball Network game, or any game, we have to play better than we did tonight.”

Southridge kept going with three more runs in the second. Nick Sosa, Brandon Abreu and Alexander Andalia all singled to load the bases and set the table for the middle of the order.

“When everybody is hitting we all build off of each other and everybody is pulling for each other,” Tabares said. “The energy feeds you when you’re at the plate. It becomes easier to hit in a rally like that. Coach says, ‘Don’t let go of the gas. You keep the gas going all the way through seven innings until the umpire calls the game. Keep it going and don’t stop’. That’s how we did it today.”

Tabares came through again with an RBI single and then Henry Wallen smacked a two-RBI double. Just like that Southridge led by half a dozen.

South Dade also got the bats going for a big third inning that sliced the deficit in half. Kevin Cardentey singled to left field and Juan Carlos Vigueras walked, setting the stage for an RBI single on a liner to left field off the bat of Justin Clements. Jose Zepeda came through with an RBI single to left, and Colin Murphy and Yamil Chavarria both walked to push another run across.

Staked to a big lead by the offense, the Spartans’ pitching staff rose up to give it everything they had to hold onto the lead and earn the win. Sophomore starter Ronaldo Gallo held the Bucs scoreless until running into the trouble in the third, and junior Jean Alvarado stepped up in relief with three gritty innings that earned him his first win of the season. Freshman left-hander Johnny Vazquez recorded the final four outs, bouncing back from a walk to Willy Escala to shut down the final three batters in the seventh. 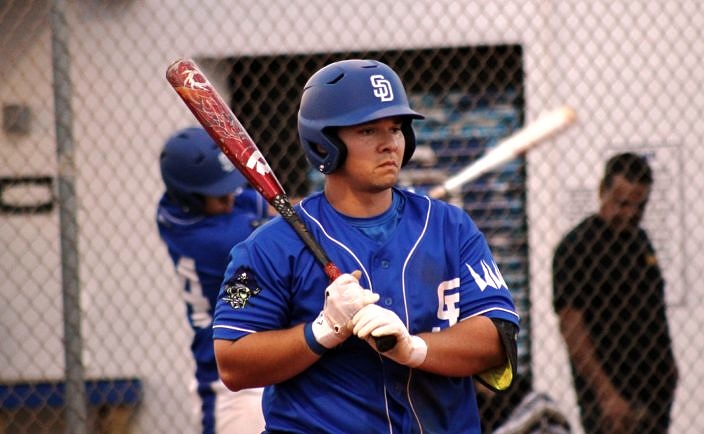 “That’s a great ball club and we knew that we had to play seven innings,” Hendricks said. “South Dade is going to hit and they are going to score runs; we knew that going in. We were happy to get ahead and we were able to contain the lead and continue it, because those guys have got some dangerous hitters.”

The Bucs did not go down easily. Cardentey walked and Vigueras followed with a liner that split the right-center field gap for an RBI double in the fourth, and Jonathan Brutti drove in Clements with an RBI single in the sixth. But the deficit proved to be too large to come back from.

There is the final out. Southridge wins 11-5!

A monster fourth inning put things away for the Spartans. Tabares got it going with his third hit of the night on a high infield chopper, Wallen walked and Gonzalez sent an RBI double up the middle. Perera then sent a flare over first base to plate a run, and Janniel Berroa drove in a pair with a single up the middle. Sosa kept it going with a single and Abreu capped off the scoring with his second hit of the game.

With a team full of mostly new varsity starters, Ruiz expected some growing pains over the early part of the season. Now the focus is on how the team can learn from Thursday’s result and use that to improve.

“I always say that you learn more from losses than you do wins,” Ruiz said. “We are going to learn from this and we will push forward. The disappointment isn’t just in the pitching. I think when your defense starts a game off with the errors that we started off with, it just really puts your offense in a hole. It sets the tone for the game, and unfortunately it set the tone in a negative way for our team. We know our pitching depth is young and inexperienced, and that is going to come with playing.”

The Bucs do not play again for five days, and then it is another district rival in Killian coming to town.