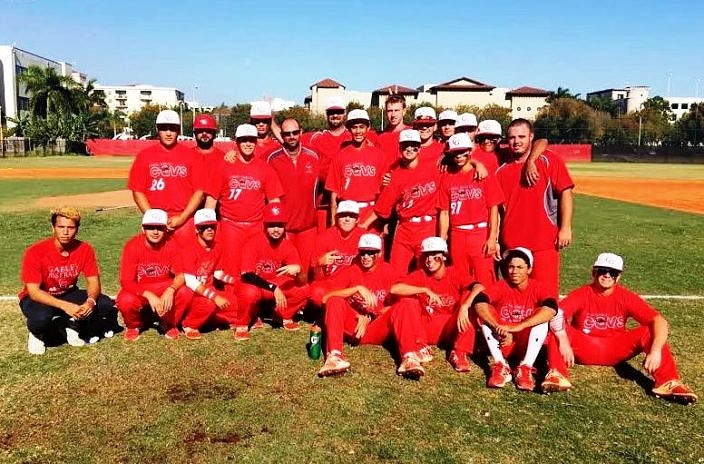 Coral Gables manager Phil Wisser reached a career milestone on Friday afternoon, as the Cavaliers’ 14-1 win over district rival Miami Senior earned Wisser his 200th career coaching victory. The Cavaliers (9-7) left nothing to chance by jumping out to a huge lead early and then pulling away for the win in a five-inning shortened contest. Gables scored twice in the first, then piled on six runs in the second and five runs in the third to break things wide open and assure that history was reached on Friday.

The victory also assures Coral Gables of the second seed in the 9A-14 district tournament. Although the Cavaliers and Coral Park both hold a 6-2 district record and split the season series, the Rams earned the top seed with a better road record in district play this year. Friday’s big win helps Gables build momentum heading into the HSBN March Madness Shootout and the upcoming postseason.

“Today was definitely a wonderful accomplishment,” Wisser said. “But I owe so much to my past and current players and coaches. Without them, this would never have happened. The wins are great, but nothing satisfies me more than molding our boys into young men and seeing them have the opportunity to play at the next level.”

Over the years the Cavaliers program has sent dozens of players on to continue their baseball playing careers. With five seniors on the current roster, Friday’s win provided examples of their ability to continue the program tradition by also moving on to play at the next level. Senior starter Carson Willis earned the win, tossing three-and-a-third scoreless innings while allowing four hits and striking out two. Senior reliever Adrian Guerra then came on to record the final five outs.

Yiovanni Matias was 2-for-3 to lead the Stingarees (3-14), accounting for half the team’s hits.