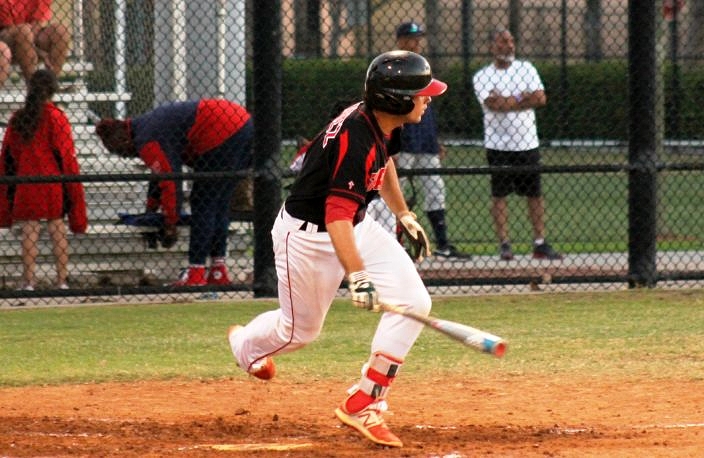 Monsignor Pace had a big day offensively, including home runs from Michael Montes, Brandon Cruz and Kenneth Gonzalez to advance to face Southwest Miami in the gold Bracket semifinals.

Coral Park is the highest seed left standing, having come in as the 14th seed before upsetting Killian in the opening round. The Rams have now won six in a row and are eager for a seventh that would put them into Thursday’s championship game. Pitching and defense have been big, and it was again on Tuesday as Luis Vitier lead the pitching staff to the shutout and the defense did not commit any errors.

“I spoke to the team recently about being in close games and keeping your composure, and we came out Saturday and won a one-run game and then won another one today,” Rams manager Juan Carnicero said. “Now I told them that is good, but let’s knock that off and get us some breathing room. You play to win everyday, any time you step on the field. Given the fact that it’s a tournament and you have to do it in a short amount of time is rewarding and good on the kids. It shows a lot of character.”

In the Black Bracket, Westland Hialeah, Mater Academy, South Miami and Keys Gate Charter all advanced to set up their semifinals. Westland Hialeah beat Hialeah Educational Academy 5-2 and Mater defeated TERRA 7-1 to set up a familiar match up between the two district rivals. South Miami rallied late to defeat Hallandale 7-6 in eight innings, while Keys Gate shut out Mater Lakes 5-0 to set up the semifinal meeting, as the two clubs will meet for the first time since facing off in the Shootout two years ago.

South Miami and Monsignor Pace will both be looking to return to the finals for the second year in a row, and the Spartans could become the first repeat champion in the three-year history of the tournament.