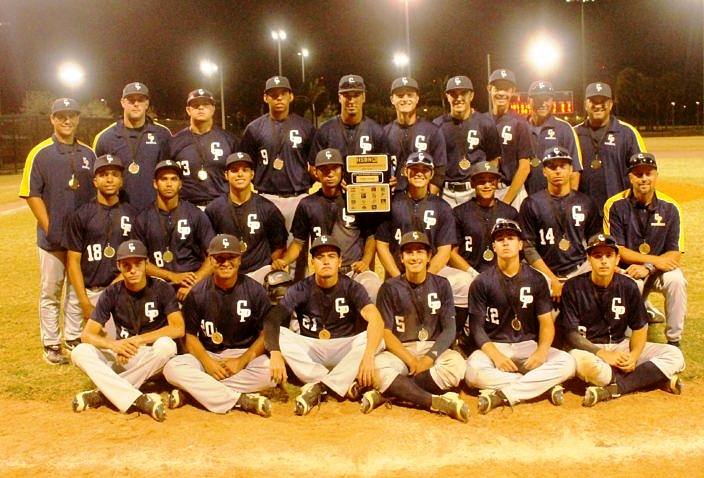 The Coral Park Rams knew they were going to have to come out and play their best baseball when they came into the HSBN March Madness Shootout. The Rams had a tough road as the #14 seed, and they proved up to that task. Thursday night they completed the trip through the Gold Bracket gauntlet by defeating Southwest Miami 7-2 to win the championship title.

Coral Park grabbed the lead right away and sophomore William Silva delivered a gutsy performance on the mound to lead the way to victory. A five-run third inning broke the game wide open to give the Rams (14-5) the deciding runs, and Silva worked into the seventh inning to keep the Eagles’ bats at bay. The young hurler was given his chance in the big game and he made the most of it for his brothers in arms.

“That was my time to think that this is my team and I have to go out there for them,” Silva said. “I just wanted my coaches to trust in me, and this was a big win for me. I wanted to get out there for my team, because they are always there for me.”

Silva struck out seven while limiting the Eagles (10-9) to four hits and three walks. He took the ball with a lead thanks to leadoff hitter Erwing Hernandez, who walked and scored in the top of the first. Silva then received plenty of breathing room when Coral Park broke it open in the third.

Sophomore Jordan Rollins jump-started things from the nine-hole, smacking a solo home run over the left field fence. Rollins ended up coming back to bat in the inning, as his teammates rode that momentum for the big frame.

“At first when I hit the ball I ran as fast as I could because I thought I saw the ball hit the fence, but then the blue told me it was a home run,” Rollins said. “It was crazy and when I got to home plate I started screaming, because I was hyped. It felt good because it was only 2-1, but then we started building on it more and more and more.” 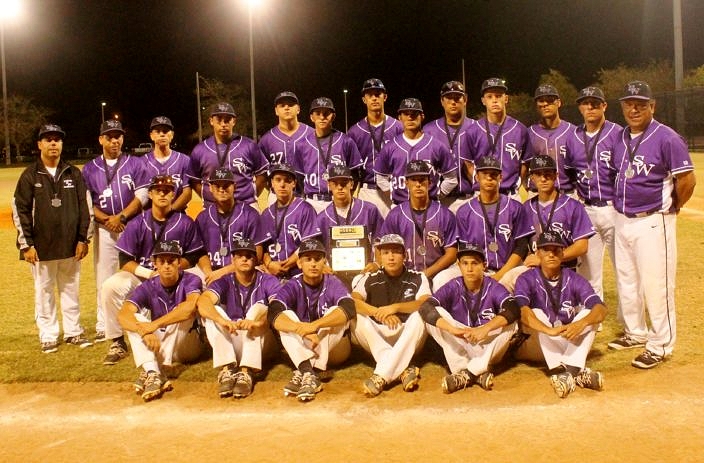 Hernandez lined a single to center and took off running to score when Robert Contreras reached on an error that landed him on third base. Alex Gato drove in a run in an unorthodox manner, as Eagles first baseman Brett Mantrana made an incredible sliding grab on a foul pop that left him out of position to prevent Contreras from tagging up and scoring.

The Rams were just getting going. Zachary Neto singled to left and Axel Gomez lined an RBI single to right field. Adrian Rodriguez followed with a grounder deep in the hole on the left side for an RBI single and a 6-0 lead.

“They showed me what I have known all along, that it doesn’t matter who I call on we have confidence in them and they can get the job done, whatever it is,” Coral Park manager Juan Carnicero said of his guys. “Thanks to HSBN for putting on the tournament and for all that you do. This is what you work for, and you put in the time and energy to come out and play. We were ready today. Hats off to Southwest; they were ready as well. We just had a little but more than them today.”

Southwest answered back to get on the scoreboard in the bottom of the third. Justin Worley doubled, moved to third when Lorenzo Hernandez grounded out and crossed the plate thanks to a 6-3 RBI groundout off the bat of Erick Orbeta.

The Rams responded in the fifth when Axel Gomez struck again, this time for an RBI single that drove in Bran Socorro.

The Eagles refused to go down quietly and battled for another run in the sixth. Jorge Tejeda worked a walk and gave way courtesy-runner Matthew Sprinkle, who advanced on a wild pitch and scored thanks to an RBI double from Eddie Sierra. 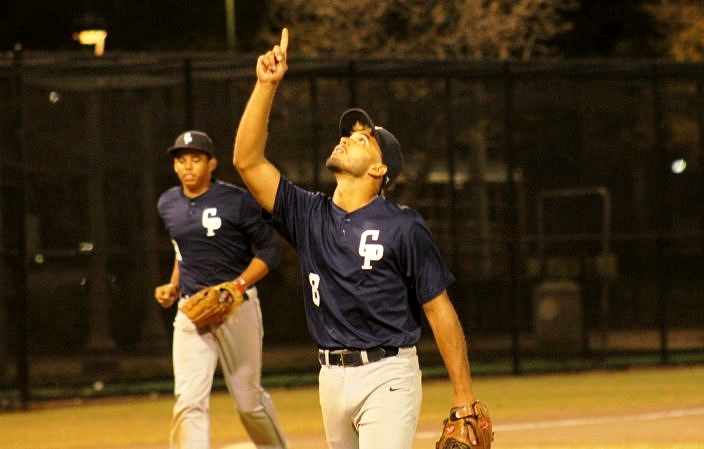 Coral Park’s Elias Martinez closed out the game and the tournament.

Silva dug in and got out of the inning, and he convinced the coaches to stick with him for the seventh. But Lorenzo Hernandez and Erick Orbeta both singled to put runners on the corners. Coral Park went to the bullpen for Elias Martinez, who worked quickly to finish things off. Martinez got a flyout to shallow center and the defense turned an infielder grounder into a 6-4-3 double play that ended the tournament.

“Coming out in the bottom of the sixth inning I told my coach that I had it, and he told me to go out there and get it then,” Silva said. “When I went there I had that on my mind to just get this, and I was hyped about it. I got toughed up, but Elias came and he closed it out for me.”

The Rams became the third different champion in the three-year history of the March Madness Shootout. They are also the second #14 seed to win the Gold championship after Coral Gables also accomplished that feat in 2015.

“At the end of the day, we will enjoy this victory. But on Monday it’s forgotten, because we go back to work,” Carnicero said.