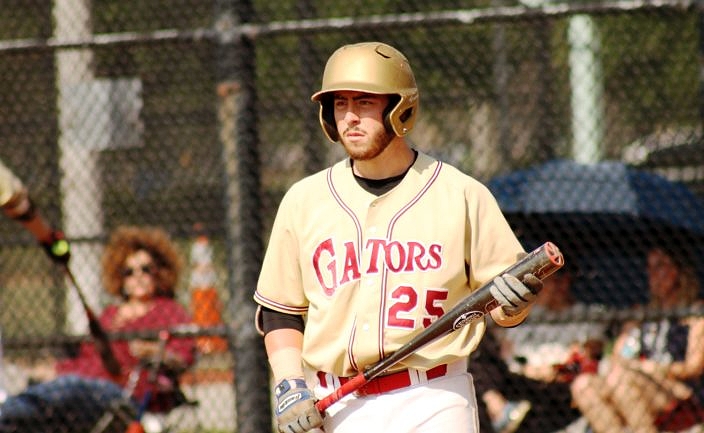 Juan Rodriguez hit a pair of home runs and drove in the winning run for the Gators.

The Goleman Gators offense came out swinging and never let up on Saturday afternoon, pounding out 15 hits to claim a 9-4 win over TERRA in the opener in the Gold Bracket of the HSBN March Madness Shootout at Pompano Municipal Park. Every starter reached base to get into the action for the #11 Gators (13-5-1), who will next face #14 Coral Park in a Gold Bracket quarterfinal on Tuesday.

Cleanup hitter Juan Rodriguez stole the show with a pair of towering home runs, as he finished 3-for-4 with three RBIs and three runs. Jasiel Perez went 3-for-3 with a double, an RBI and a run and John Urena was 3-for-5.

Goleman opened the action with base hits from Urena, Ramid Alvarez and Rodriguez to load the bases in the top of the first. Adrian Garrastazu then drove in a pair with a single through the right side to get Goleman on the board. Garrastazu gave way to courtesy-runner George Reyes, who scored off an RBI double from German Villar that gave the Gators a 3-0 lead.

The Falcons (9-8) answered right back with two in the bottom of the first, and then tied it back up with another in the second. Danile Irrizari singled, and Christian Abad and Anthony Ponce both walked to fill the bags. Matthew Pujals singled through the left side to push two runs across, and Ronny Medina scored on a sac-fly from Abad to make it a 3-3 game.

Alvarez walked in the third and Rodriguez followed with the first of his two longballs, giving Goleman the lead for good. He also came on in relief of the starter, Garrastazu, and pitched three scoreless innings to close things out.