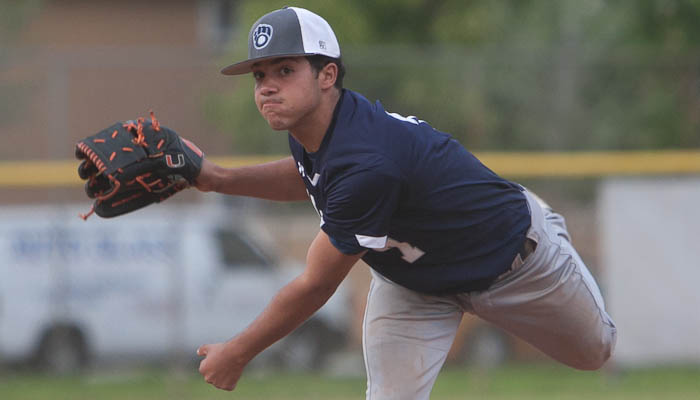 i-Mater pitcher Angel Mediavilla got the win on Friday, throwing five innings of four-hit ball while striking out six.

The i-Mater Knights could be playing their best baseball at the right time. They batted around and scored five runs in the second inning on Friday night in the HSBN Miami-Dade Game of the Week. It proved to be enough to turn back host Hialeah Educational Academy in an 11-3 non-district win over the Bulldogs.

The Knights improved to 6-12 for the season, but have now won three of their last four games.

“Great win for us,” said i-Mater manager Jorge Mico. “We just had a rough one against Hialeah High, where I thought we should have come out and won that game, but we came out flat. And the boys came back. They came out swinging today, and that’s what we expected of them.”

With the 5A-15 playoffs just around the corner, Mico said he believes his team could be peaking at the right time.

“Our record doesn’t make us very dangerous, to say the least,” Mico said. “But in my high school years of playing and coaching, and having won titles in each, I know one thing for sure; it’s not important your record at the time of districts but whether or not your team is firing on all cylinders. This team is close to that.”

The Knights sent 11 to the plate in the second inning and took full advantage of five walks, an error, and two hits, including a run-scoring single from Armando Becerra, to take a 5-0 lead.

That was more than enough for Knights starting pitcher Angel Mediavilla, who picked up the win with five innings of work. The left-hander allowed just four hits while striking out six.

Knights catcher Robert Moya collected three of i-Mater’s seven hits, all singles, but he said that it was a team effort that resulted in the victory. Like his manager, Moya said he’s ready for his team to make a push in the upcoming district playoffs, where the team to beat is Monsignor Pace, which won the 5A-15 title with a perfect 8-0 mark.

“Angel did a great job on the mound,” Moya said. “He released the ball well and kept it low tonight. Our team came through, we pulled the rope together. When all 25 guys pull the rope, everybody wins. We’re coming for Pace.” 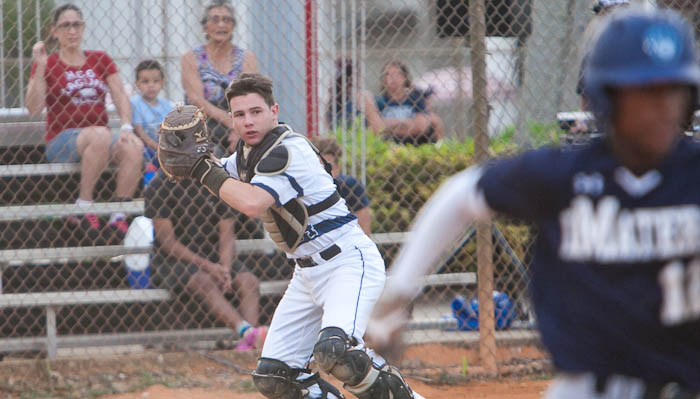 Hialeah Educational Academy catcher Brandon Puig sets to throw out an i-Mater runner at first base on Friday.

“Hopefully we can do some damage and make a run,” Mico added. “I’m going to be coming down to the end of my coaching career soon. I don’t know how soon but I want to experience winning a state title with these boys, whether it’s this year or the next couple of years coming.”

The Bulldogs answered i-Mater’s five-run second with two runs of their own. Anthony Navrarro slapped a run-scoring single, plating Brandon Puig, who walked. He then scored on a bases-loaded walk to Alexandro Bello. Navrarro accounted for three of the Bulldogs’ five hits in the game, also all singles.

Slipping to 7-11 for the season, Hialeah Educational Academy also looks ahead towards the 4A District 17 tournament.

“You take your loss and move forward,” manager Anthony Nalepa said. “We’ll finish the season and then look ahead to the playoffs. In this district everybody can beat everybody. It’s going to be interesting.”

i-Mater tacked on two runs in the top of the third inning on a Joseph Vence RBI single and a sacrifice fly from Rafael Reina, for a 7-2 lead.

Both teams scored a run in the fifth before the Knights put the game out of reach with a three-run sixth inning, again taking full advantage of three walks, an error, a fielder’s choice grounder and a hit. Christian Vega scored three runs for the Knights while Albert Sanchez and Juan Palmero joined Becerra in crossing the plate two times apiece.

Jose Gonzalez finished up on the mound for i-Mater, working the final two innings of one-hit ball while striking out two. 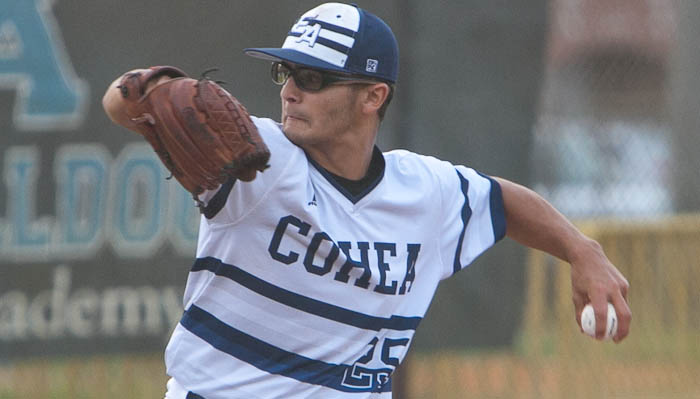