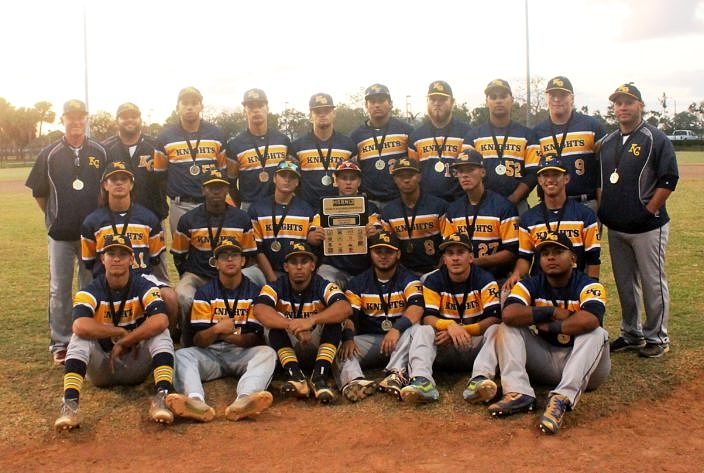 It is a special season for the Keys Gate Charter Knights, and every day it seems like a different member of the team is stepping up and making a big play to help win a game. Thursday evening Keys Gate added a historic chapter to its young story by winning 9-7 over the Westland Hialeah Wildcats for the HSBN March Madness Shootout Black Bracket championship.

The Knights’ program is still very young, and the team has only been competing in district play since 2014. Already Keys Gate has won the most games in a season in school history, and now it has an impressive and well-earned tournament trophy.

“This is nice for the players, and a lot of them have been here for a long time,” Knights manager Rich Benavides said. “A lot of the guys who transferred in were kind of cast off from other places and they play like they have something to prove and they belong. They know they are good enough to start and we’re really excited. We’re proud of the pitching and the catcher, Omar Baldo, caught all four games for us four days straight.”

Keys Gate Charter (14-5) opened a big lead by batting around the order in the top of the first inning. Omar Baldo and Brandon Espinal both singled, and Christopher Rodriguez and Enzo Evangelista both walked to get the scoring started. Wesley Dacosta then executed a suicide-squeeze to double the lead for starter Anthony Vargas, who was next to the plate and added to his own cushion by smacking a three-run home run over the left field fence.

Vargas went six innings on the bump to earn the win. He struck out six and allowed two earned runs on four hits and two walks. While happy with his pitching performance, he felt the home run had bigger impact on Thursday.

“Baseball is a funny game and we scored five runs in one inning, so they could do that whenever they want too,” Vargas said. “So we took control of the game and that was better. Whoever made the mound did a really good job and I felt great. I just threw to contact and trusted my defense; I trust my defense a lot. I just tried to throw strikes and not have too many walks. I went out with a comfortable lead so let’s let them hit.” 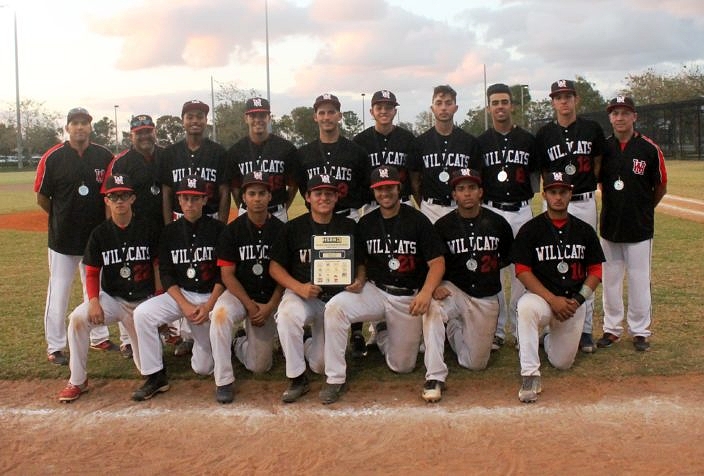 The Wildcats (11-8) swung away and battled back the entire way, refusing to go down easily. Westland grabbed a run back in the bottom of the first as Michael Uz doubled and scored when Evander Hernandez reached on an error. Uz followed that up with a solo home run leading off the third, and Evander walked and scored in the inning as well.

“This game was a loss, but we showed a lot of fight and never gave up. They stayed fighting until they end and that’s all I could ask for,” Westland manager Jose Alvarez said.

Meanwhile, DaCosta had a double and scored on an RBI single from Joe Perez to add on to Key’s Gate’s lead in the third. The Knights added two more in the sixth as Rey Hernandez singled and Baldo walked to reach base for the fourth time to get it started. Rodriguez followed with an RBI single for the deciding run. Evangelista then followed it up with a fielder’s choice RBI groundout that sent Baldo across the plate for the third time.

Westland made one final push in the seventh to load up the bases with two outs. Catcher Jorge Diaz then connected to send a shot over the left field fence just hooking fair for a grand slam home run. Suddenly the Wildcats were only down by two, although that hope was quickly extinguished as the Knights recorded the final out and closed the game out.

“Nobody thought Keys Gate, with only three years under its belt, would go over here and win this tournament,” Vargas said. “I did not think we were going to go out here like that. We did it and it feels really great.” 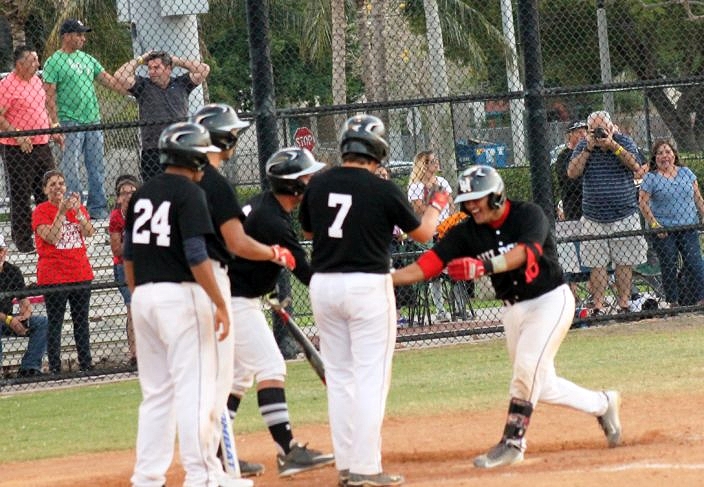 Westland’s Jorge Diaz celebrates as he crosses home plate after hitting a grand slam in the bottom of the seventh inning.

The Knights are thrilled with the tournament title and hope to use it as a springboard heading into the final stretch of the regular season.

“I think it’s a huge jumping point for us to be able to know that we can play with anyone and that our pitching can compete with anyone and that we also have the offense,” Benavides said. “We still have things to improve on and shore up on, but we’re looking forward to actually trying to make it to the regionals this year.”

The Wildcats are fresh off their best season ever last year, and this tournament run provides a nice building block heading forward. Westland has a game with Miami Sunset to try and earn a spot in the GMAC tournament, and then plays Coral Park, the winner of the HSBN March Madness Shootout Gold Bracket.

“My two starters pitched well the first two games of the tournament, and we threw up two goose eggs,” Alvarez said. “The game with Sunset is an important game we need to win, and then we finish things off with Coral Park, which is a really good team. So it will be nice to get on the field against another great team and see what we can do.”